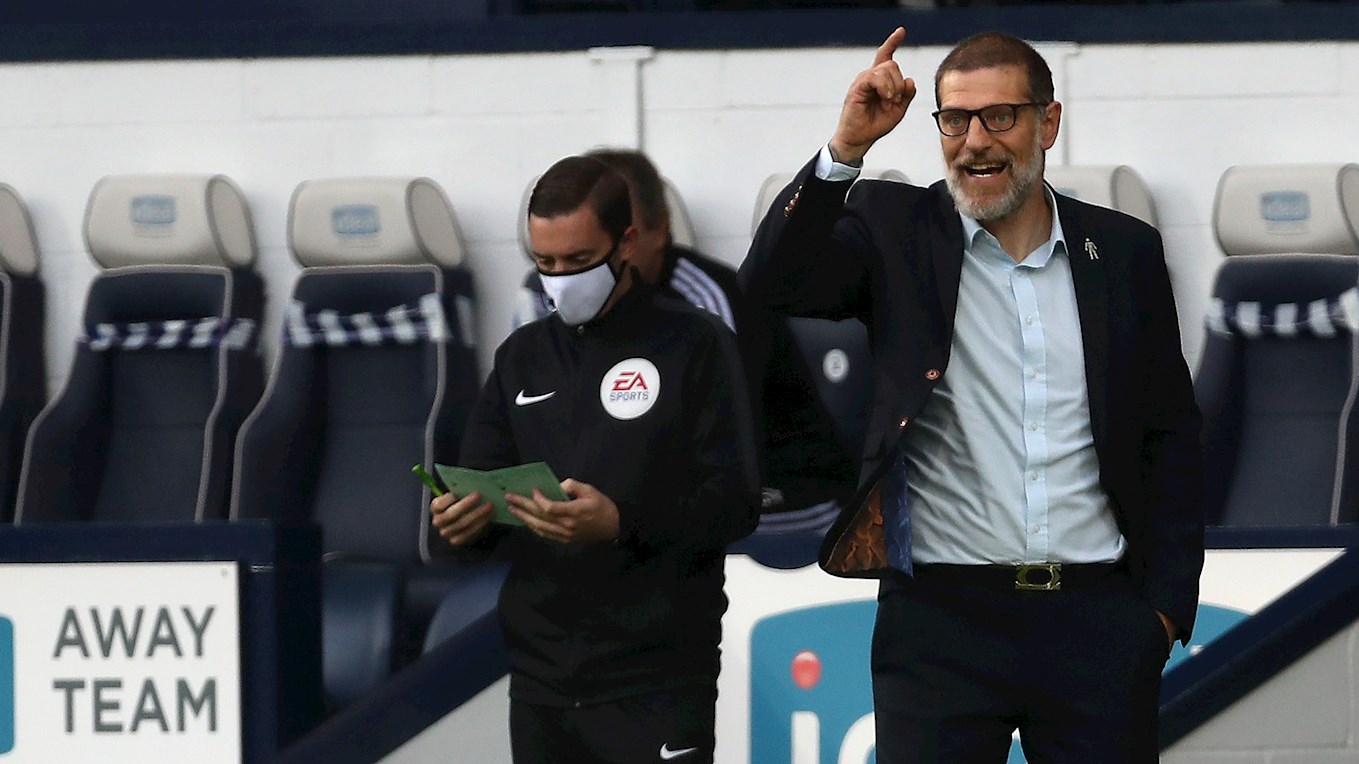 Slaven Bilic says the Albion camp has been uplifted by their pole position for Wednesday’s promotion showdown – but it has nothing to do with luck.

The Baggies are a point ahead of the field as they face QPR at The Hawthorns on Wednesday night, the final fixture of the scheduled season.

Albion left the scene of defeat at Huddersfield on Friday night furious with themselves following a rare below-par performance which gave closest rivals Brentford the chance to overtake them.

But their defeat at Stoke less than 24 hours later maintained Albion’s position in the top two and leaves them with their noses in front for Round 46 of the Sky Bet Championship marathon.

“And that is why I am confident, I am optimistic about this last game.

“The players tried on Friday night. They didn’t think we can get something out of Huddersfield with only 50, 60, 70, 80, 95 per cent. That is the easy explanation, but that is not the case.

“Now we have one game and one game only to do it. Forget about Friday, now it is only Wednesday night. Home. Late night game. Everything is there. We need to come up, come out, show mentality, show intensity, all together and let's finish the job.”

Slav was in an impassioned mood as he dealt with one more round of media duties in what has been a taxing period for his squad and his staff.

The toll of five games in 13 days – the most crowded schedule faced by any of the Championship clubs – has been followed by a welcome five-day break to get ready for a game that gives the Baggies the chance to confirm automatic promotion.

He feels his side deserve credit for the occupation of a top-two spot since September especially in the wake of the pandemic and the extra pressures that has brought to the players.

“We have been there since Round 7 of games,” he said. “We have not had to rely on anyone else’s results which is why we were so angry on Friday because for the first time that may not have been the case.

“The Brentford game (against Stoke) showed the amount of pressure that comes with the position. It doesn’t come because your players are less capable of something, it comes with the position. They were not in this position for eight games and they won all of them, the games they didn’t have to win. But the first one you have to win, they didn’t do it.

“The Championship this season is longer than ever and we should be proud of what we have done so far, the whole of West Bromwich Albion, and now it’s time to finish it off. We have got to do it.”