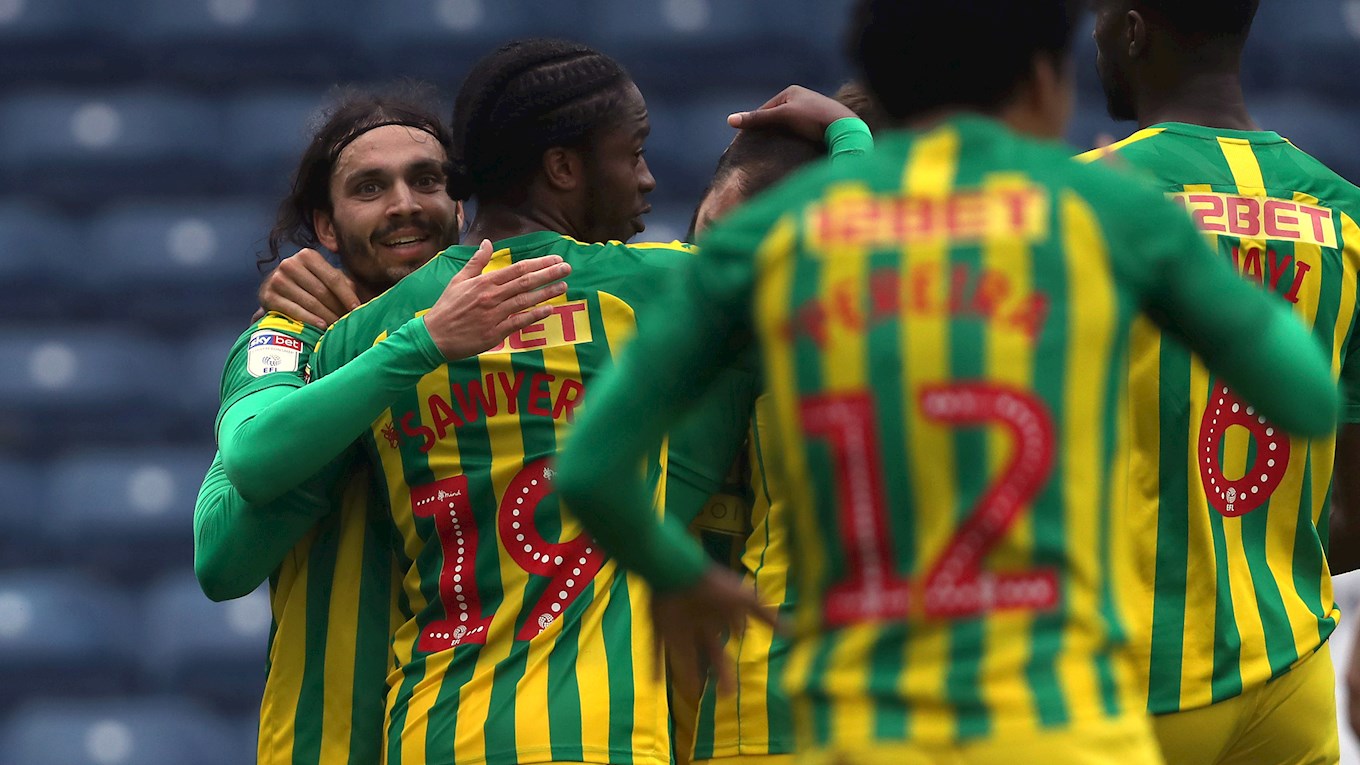 Slaven Bilić’s Baggies will take on Huddersfield Town in their crucial penultimate game of the season at the John Smith's Stadium on Friday (ko 5.30pm).

Danny Cowley’s men picked up a valuable point at Sheffield Wednesday in their most recent game, which ended as a goalless draw.

Terriers ‘keeper Jonas Lössl made a string of good saves from Moses Odubajo, Kadeem Harris and Massimo Luongo, while down the other end Karlan Grant and Fraizer Campbell had good chances but failed to convert.

Cowley guided part-time Braintree Town to the National League Play-Offs before his move to Lincoln. In his first season with the Imps, Cowley won the National League title, pausing only for a 7th place finish the following campaign before winning the League Two title last term.

This season, the Terriers have struggled at times and are still not safe from relegation. Heading into their penultimate game against the Baggies, Cowley’s men are three points above the drop zone.

Karlan Grant has 18 goals to his name for the Terriers in the Sky Bet Championship this season.

The 22-year-old forward fired in four times in 13 Premier League games after arriving at Huddersfield in January 2019 from Charlton Athletic, where he had hit 14 League One goals in the earlier half of the campaign.

Grant made his Charlton debut in 2014 and had loan spells at Cambridge United and Crawley on his way to becoming a first-team regular for the Addicks.

Chris Willock, who had a loan spell at The Hawthorns earlier this season, also plays for Huddersfield. He’s made 13 starts and scored once since arriving at The John Smith's Stadium in January.

Albion twice came from behind to secure a 4-2 victory over Huddersfield at The Hawthorns the last time the two sides met.

Matt Phillips struck in the 19th minute to quickly cancel out Lewis O'Brien's opener, although it was the visitors who led at the interval as Karlan Grant capitalised on a defensive error.

However, Slaven Bilić's side were the dominant force after the restart and Darnell Furlong headed home his maiden goal for the club to level matters in the 70th minute.

Phillips put the hosts ahead just four minutes later, before Semi Ajayi added a late fourth to secure the victory for the Baggies.

• Slaven Bilić’s men have kept 14 clean sheets in the league this season, half of which have come in their last 11 league games.

• The Terriers haven’t scored a goal in their last four games.

• Huddersfield have drawn three of their last four games 0-0.

• Danny Cowley’s men are currently three points ahead of the drop zone, with 48 points.

Ahmed Hegazi was in fine form for the Baggies against Fulham as Slaven Bilić’s men clocked up a 14th clean sheet of the season.

Albion’s Egyptian defender kept Aleksander Mitrovic quiet, which is no small achievement; the Serbian has netted 24 league goals this season.

It's in our hands.

"We've got two games to go and it's in our hands. We just need to stick together."@samjohnstone50 on the final fixtures, clean sheets and Tuesday's draw with Fulham. Watch the full interview at https://t.co/CZ5IBrM5e0 💬 pic.twitter.com/CByZSGXNlr

Season tickets holders who have claimed an iFollow package can again watch Albion play live when the Baggies take on Huddersfield.

Comprehensive coverage of the clash with Huddersfield is also available in our Match Centre, where you can listen to live commentary on WBA Radio or follow our live text feed.

WBA Radio is the only service that allows Baggies fans around the world - from Smethwick to the Sahara - access to uninterrupted live commentaries from every one of our competitive games. iFollow subscribers can join Gez Mulholland for Baggies-biased live commentary on Friday.