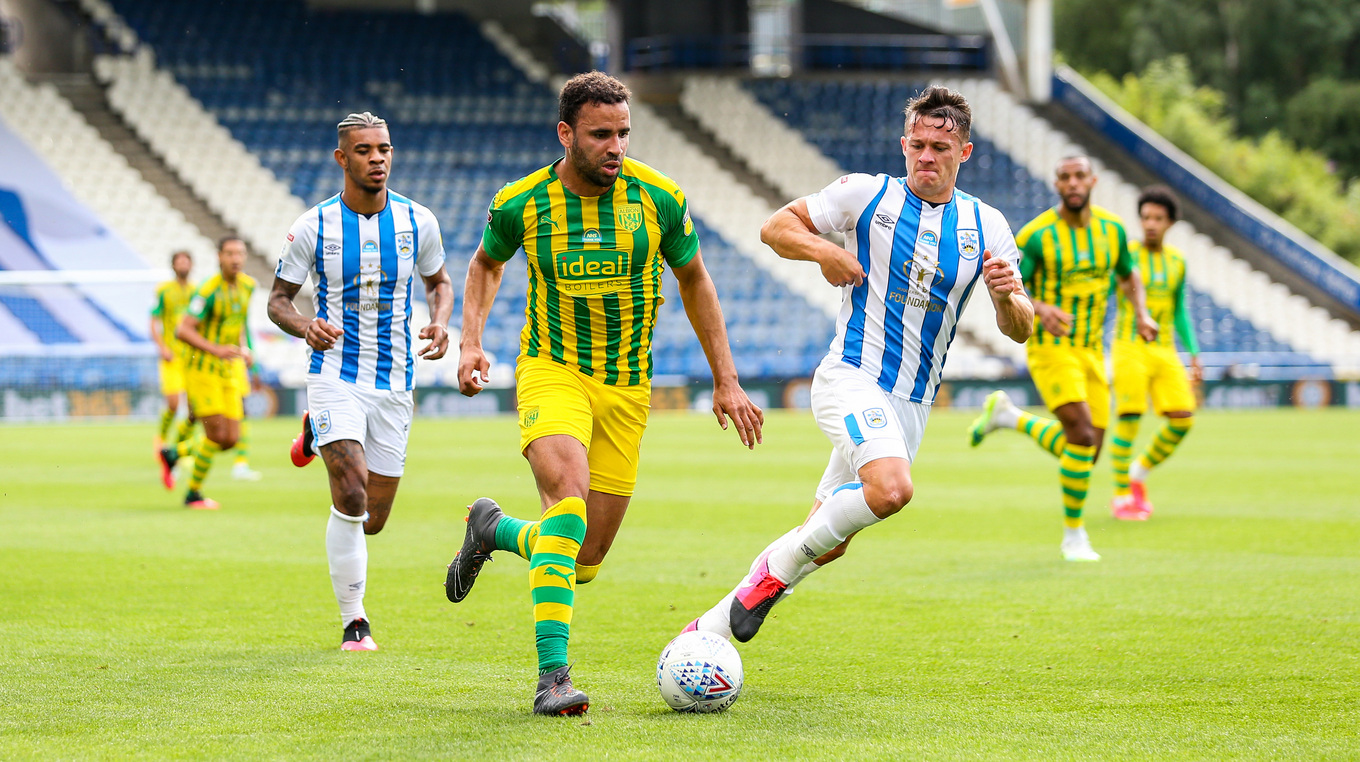 Albion’s promotion hopes suffered a setback in West Yorkshire where they fell to a 2-1 defeat against Huddersfield Town.

Slaven Bilić’s men were dealt a late blow as the Terriers scored a winner four minutes from time at the John Smith’s Stadium, meaning Brentford can leapfrog the Baggies and move into an automatic promotion position if they win against Stoke City on Saturday.

Chris Willock netted an early volley to put the hosts ahead but Albion fought back and netted just before the break through Dara O’Shea. However, Huddersfield snatched a victory against the run of play as Emile Smith Rowe’s low strike trickled into the back of the net with only minutes left on the clock.

The boss made two changes to the side that drew 0-0 with Fulham to keep Albion’s destiny in their own hands on Tuesday. Matt Phillips replaced Kamil Grosicki out wide, while Charlie Austin made way for Hal Robson-Kanu up front.

Huddersfield led after just four minutes when former loan man Willock fired in a 10-yard volley after Albion failed to clear a set-piece.

After a nervous start Albion began to force fouls from the hosts, testing the Terriers with a series of free-kicks into the box prior to the first-half drinks break, without forcing a save from Jonas Lössl.

The Baggies almost levelled five minutes before the interval but Conor Townsend’s looping back-post header from Robson-Kanu’s cross was cleared from under the bar.

Dara O’Shea headed in his third goal of the season after Lössl could only parry from Pereira’s in-swinging free-kick from the right.

Bilić’s men still had time to nearly take a lead into the break but Diangana’s low cross evaded Robson-Kanu who was just inches from turning in, and Semi Ajayi saw a goal-bound shot blocked inside the six-yard box.

The boss made two changes at the break with Filip Krovinović and Grosicki replacing Jake Livermore and Phillips.

The Baggies had two half chances 10 minutes into the second half; Lössl flapped at Diangana’s cross before Pereira saw a left-volley blocked behind.

Lössl spilled Pereira’s low drive on 62 before the Brazilian headed over from the rebound.

Pereira went close once more with 20 minutes remaining, springing forward with the ball before driving just over from 25 yards.

Robinson forced a save from Lössl on 83 but the Baggies, for all their dominance in possession, were unable to carve out another genuine goalscoring opportunity.

And then, just six minutes from time, Lewis O’Brien found Emile Smith Rowe unmarked in the box for the hosts, and the 19-year-old found the bottom corner to secure all three points for Danny Cowley's men.