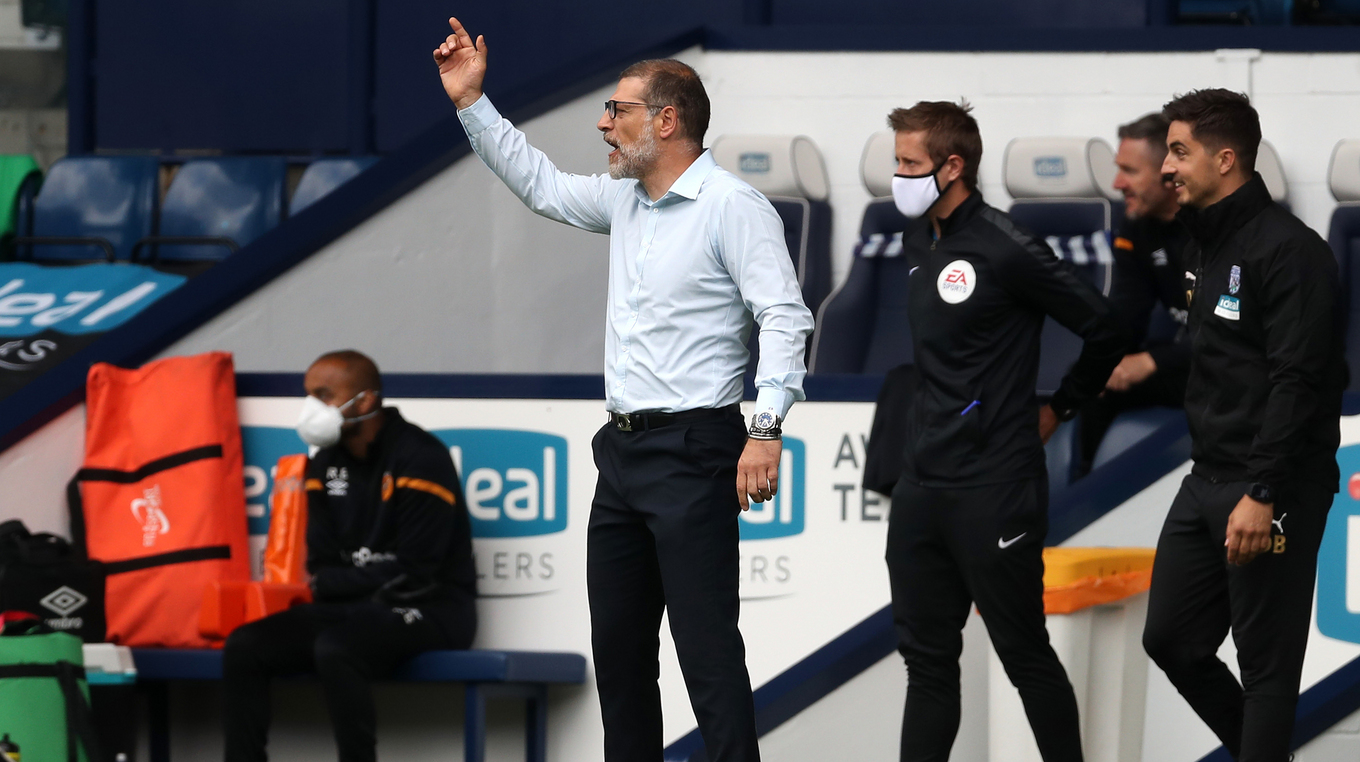 Slaven Bilić says while he was delighted by Albion’s offensive play in their 4-2 victory against Hull City at The Hawthorns he cannot be pleased with the way his side defended.

Four different goalscorers helped the Baggies get the better of the Tigers, with Charlie Austin, Ahmed Hegazi, Kamil Grosicki and Grady Diangana all getting on the scoresheet as a hat-trick of assists from Matheus Pereira inspired the home side’s free-flowing attacking intent.

But it wasn’t all plain sailing for Albion. Grant McCann’s men levelled the scoring twice and registered 15 shots on goal, which didn’t please Bilić.

“For the people who didn’t watch the game and see 4-2 and a lot of chances, it definitely looks good,” said Slaven.

“Don’t get me wrong, we deserved to win today’s game, but it was a very nervy game up until the end, to be fair. It looked like an extremely open game, it looked like we can create and we were going to create and we created something from basically every attack.

“But we looked more vulnerable than we normally are, and in a simple way of football. Long balls they were winning headers or at least the second balls and then we were not engaging to the man on the ball and letting them have a shot from 20 yards that’s not always dangerous, but they make you nervous.

“Offensively it was spot on, it was good football, it was creative football and both flanks were very good. Delivery in the box was very, very good. We scored four and we should have scored more and we created a lot of chances. It’s only the defensive phase of the game that I can’t be happy with. It’s not down to the quality, it is down to coping with this kind of pressure.

“It’s very pleasing to see our attacking players do well. It’s great and we are that kind of a team, we are leaning towards the attack and we are playing with those kind of players. Very well done to them, I am pleased with that. For a few games we didn’t look like creating too much but then in the last couple of games we have created a lot of chances and we scored seven goals and we should have scored maybe 12 goals in two games, but I am very happy with that.”