Bilić: We’ve done nothing yet 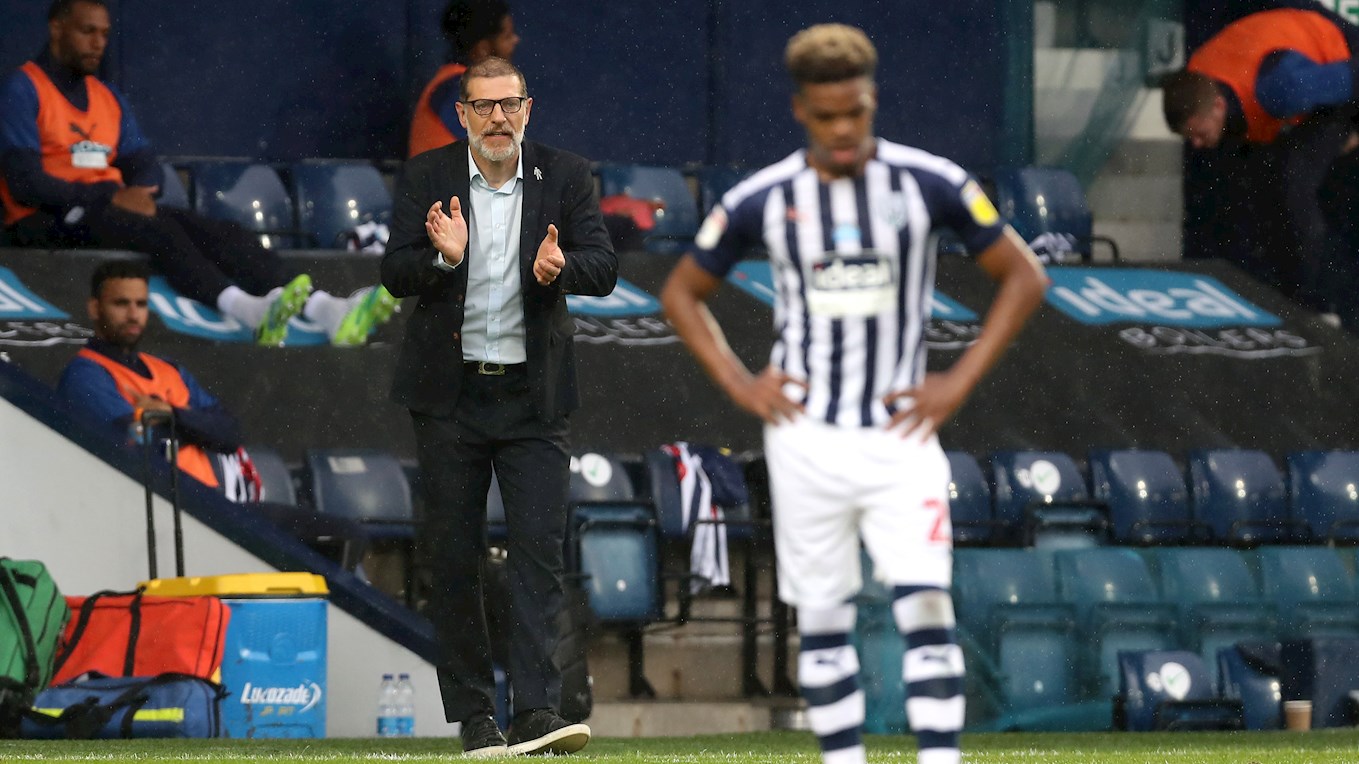 Slaven Bilić has clearly spelled out the dominant message his players will be receiving in the countdown to Saturday’s clash at Blackburn Rovers.

Albion go into the Sky Bet Championship fixture in second place after another round of promotion-challenging fixtures was completed by Leeds’ thumping 5-0 victory over Stoke.

Wednesday’s impressive defeat of in-form Derby has raised Albion’s confidence for the four-game run-in that could lead to promotion but Slaven will not have anyone getting ahead of themselves.

The gaffer was in table-thumping mood as he looked ahead to the challenge presented by Albion’s former boss Tony Mowbray and a Blackburn team in good form and still in the play-off hunt.

He said: “It was a great boost to play as we did but only if we continue by being even more hungry, more focused. If we start thinking even a little bit ‘that’s it’ – NO! We have done nothing yet.

“We have to push harder, we have to be more brave, more hungry, more compact. We’ve done a lot but we have done nothing yet. Zero.

“In the Championship, every game is individual and brings traps. Motivated opponents bring problems, every game bring moments when you have to suffer.

“You have to be crazy hungry and crazy motivated. We can’t think now that we are good.”

And having watched Blackburn in fine fettle in victory at Cardiff this week, all of these dangers will be in front of Albion tomorrow, warns Slaven.

“They played top football at Cardiff and I want to send the players the message that we are playing a World Cup final on Saturday.

“There’s no room at any stage of the season for complacency but especially now.

“There is pressure, there was pressure on Wednesday but we turned it into a positive for us.

“We have to be prepared for anything that can happen because anything can happen.”

Slaven says Grady Diangana has reported no further problem from the “slight muscle tightness” which bought about his precautionary withdrawal in the Derby game.

He is “optimistic” the winger will be fit for inclusion at Ewood while he was giving nothing away about his plans for central defence now that Ahmed Hegazi is available.

“In Europe we call it a sweet worry,” said Slav.