Austin: It’s all about winning games 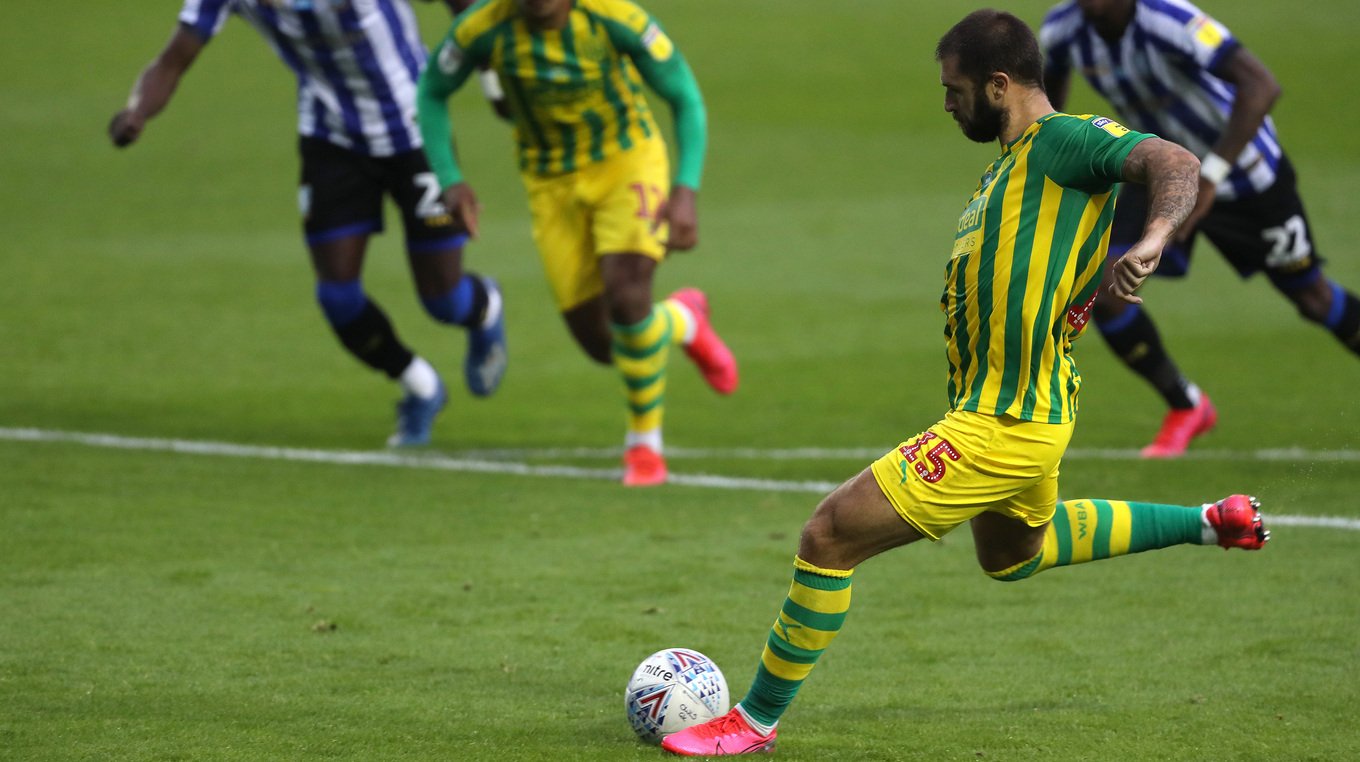 Albion ultimately cruised to a 3-0 win but had to put in the hard yards to subdue a spirited Sheffield Wednesday outfit.

Austin, who broke his side’s mini goal drought with a first-half penalty, acknowledges that Slaven Bilić’s team have won plenty of plaudits for style this season.

But now, it’s all about the substance of delivering results regardless of how well Albion play, he says.

“It was a massive win," said Austin.

"We’ve come back and put in two sluggish performances. But we have come here and got the job done and got a result that was much-needed for the lads and the fans and everyone that works at the club. It was very important today to come and get three points.

“I’m a confident player when it comes to penalties. I took one last time against these and I kind of thought he would follow what Westwood did, and he did so I rolled it in the other side.

“Our overall performance tonight; we might have not played good football at times, but it is all about winning ugly. It's about winning games of football - we have six games left. We’ve got no-one watching - we’ve got people watching on the tele, but we’ve got to win games of football. It doesn’t matter if we’re the best team on the night or the worst team, if we come away with three points I don’t think anyone is going to argue with us.

“We knew we had it in us - everyone knew we had it in us. We probably needed that bit of luck and that penalty to settle our nerves and go 1-0 up. I said at half-time to the lads that everyone knows how tough it is to come from behind at this moment, and every football game has shown that - if you go behind it is very hard to come back.

“It was nice to get the start. I came here with no pre-season and tried to play my way in and it doesn’t work like that. Hal was unreal for three months, he played very well and sometimes you have got to sit back as a player and applaud him and support him any way you can.

“Our squad is unbelievable, but we have got to prove that and show that with the remaining games. It’s nice to start, nice to repay the manager and score the goal and I put in a performance I was pleased with and I was proud to do it for the team.

“Confidence is back and our nerves are settled. It’s six cup finals but one cup final at a time. We go again Sunday, we know we need to get three points and it’s not the time to mess about now. We are five points away from Brentford, seven away from Fulham and one behind Leeds. It was like that three months ago and everyone was happy, but we have just got to get the job done now.”