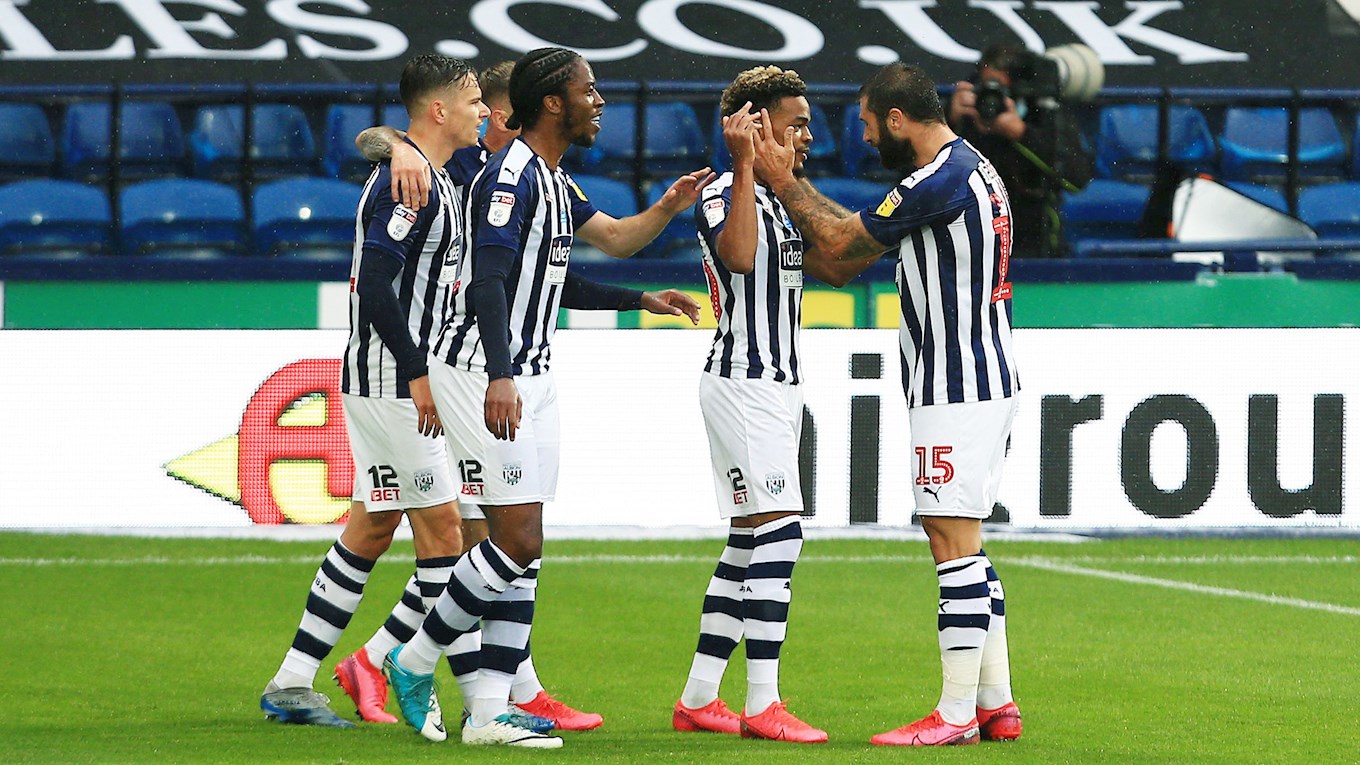 Slaven Bilić’s Baggies will be promoted to the Premier League if they can beat Queens Park Rangers at The Hawthorns on Wednesday evening (ko 7.30pm).

Conor Masterson opened the scoring for the Rs, but Matt Smith equalised after the break to draw the Lions level.

Ryan Manning hit a long-range strike and Eberechi Eze swept and effort home to add a third just after the hour mark to put Rangers back ahead.

Shaun Hutchinson responded for the Lions, but Todd Kane headed in to make it 4-2 before Jayson Molumby scored a consolation goal late on.

The London side are managed by former Brentford, Rangers and Nottingham Forest boss Mark Warburton, who took the reigns in the summer.

Warburton has picked up 17 wins, 10 draws and 22 losses in his first season at the Kiyan Prince Foundation Stadium, leaving QPR in 14th place heading into the final day of the season.

Eberechi Eze has been involved in all 45 of QPR’s league games this season and has found the net 13 times this term, most recently against Millwall at the weekend.

The 22-year-old midfielder came through Millwall’s academy but was released in 2016 and picked up by QPR. They loaned him to Wycombe Wanderers in August 2017 and recalled him in January 2018, when he became a regular at the Kiyan Prince Foundation Stadium.

Albion beat QPR 2-0 at the Kiyan Prince Foundation Stadium back in September in the last meeting between the two sides.

Nathan Ferguson fired Slaven Bilić’s men ahead from 25-yards out before the hour mark.

Then, with less than ten minutes to play Rangers defender Yoann Barbet saw red for bringing down Hal Robson-Kanu when clean through.

And Matheus Pereira added the finishing touch when he sent a low free-kick under the wall and into the back of the net in front of more than 2,000 travelling Baggies.

• The Baggies have come out winners against QPR in the last three meetings between the two sides, scoring 12 times and conceding just three goals.

• The Rs have failed to score in four of their last eight games.

Matheus Pereira is undoubtedly one of the standout talents in the Sky Bet Championship.

Since the restart, Pereira has netted a double against Sheffield Wednesday, claimed a hat-trick of assists against Hull City, teed up Dara O’Shea’s headed goal against Derby, while his free-kick at Huddersfield on Friday also allowed O’Shea to score for the Baggies.

Who else but the legend himself for Wednesday night's Albion News cover? 💙 pic.twitter.com/6jmoKQURUR

Season tickets holders who have claimed an iFollow package can again watch Albion play live when the Baggies take on QPR.

Comprehensive coverage of the clash with QPR is also available in our Match Centre, where you can listen to live commentary on WBA Radio or follow our live text feed.