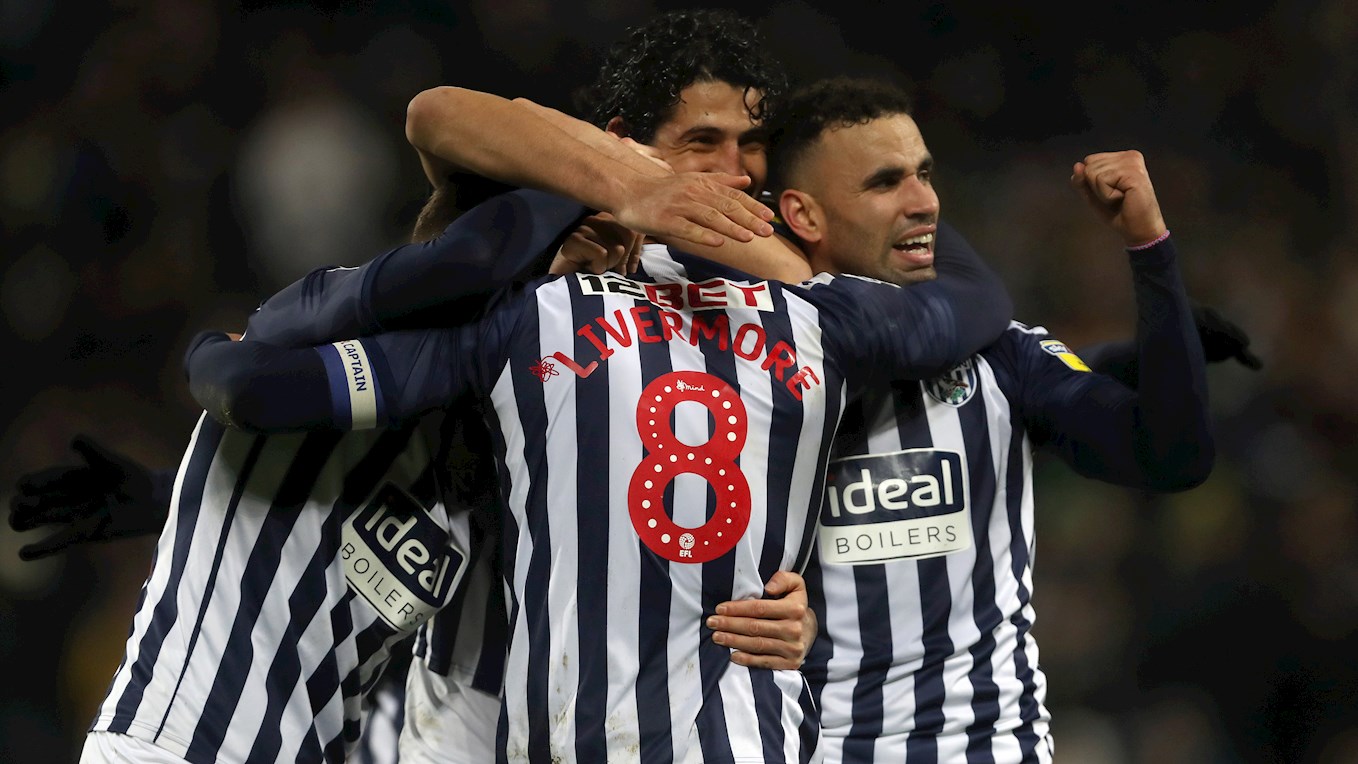 Albion will continue their push for promotion from the Sky Bet Championship on Sunday when they take on Hull City at The Hawthorns (ko 3pm).Hull City

Hull City ended a run of 13 Sky Bet Championship games without a win in their last outing against Middlesbrough.

Britt Assombalonga put Boro ahead early on from the penalty spot, but Herbie Kane curled in a superb free-kick to pull the Tigers level within the first 10 minutes.

The game looked set for a draw, until in injury time Mallik Wilks netted a late winner for the home side to secure their first league win since New Year’s Day.

After a short time at Linfield, McCann decided to move into coaching at Peterborough in 2015, taking on the manager's job in 2016. Grant spent two seasons at London Road, departing in February 2018 and taking on the Doncaster job in June 2018.

In his one season at Doncaster, McCann took Donny to the Play-Off Final but lost out to Charlton who gained promotion. McCann has been with Hull just over a year now and has had a mixed start.

On New Year’s Day, Hull won at Sheffield Wednesday to move into eighth and went just a point off the play-offs. Since then they have sold key players such as Jarrod Bowen and Kamil Grosicki and picked up just six points from 14 games, leaving them in a relegation battle.

Tom Eaves has netted eight times for the Tigers this term.

The Liverpool-born forward signed from Gillingham in the summer after bagging 21 Sky Bet League One goals last season.

A solitary first-half strike from skipper Jake Livermore against his old club was enough to hand the Baggies a victory at the KCOM Stadium the last time the two teams met.

Livermore took aim from distance and drilled his effort into the corner, leaving George Long with little chance of making a save.

• Albion are unbeaten in their last five games at The Hawthorns against Hull (W4, D1, L0).

• The Baggies have scored three goals in three of their last four home games against the Tigers.

• The Tigers’ last win at The Hawthorns was in October 2008.

• Gavin McCann’s side have picked up two points from their last six away games (W0, D2, L4).

• Last time out, Hull managed their first league win since New Year’s Day, ending a run of 13 league games without a win.

Matheus Pereira grabbed his seventh and eighth Sky Bet Championship goals of the season last time out against Sheffield Wednesday.

The Brazilian has scored four times at The Hawthorns and the same amount of times on the road for the Baggies during his inaugural campaign in English football.

The @NHSuk turns 72 on Sunday. The front cover of Sunday's Albion News pays tribute to NHS staff and key workers for their courageous efforts in tackling COVID-19. 👏

Season tickets holders who have claimed an iFollow package can again watch Albion play live when the Baggies take on Hull City.

Comprehensive coverage of the clash with the Tigers is also available in our Match Centre, where you can listen to live commentary on WBA Radio or follow our live text feed.