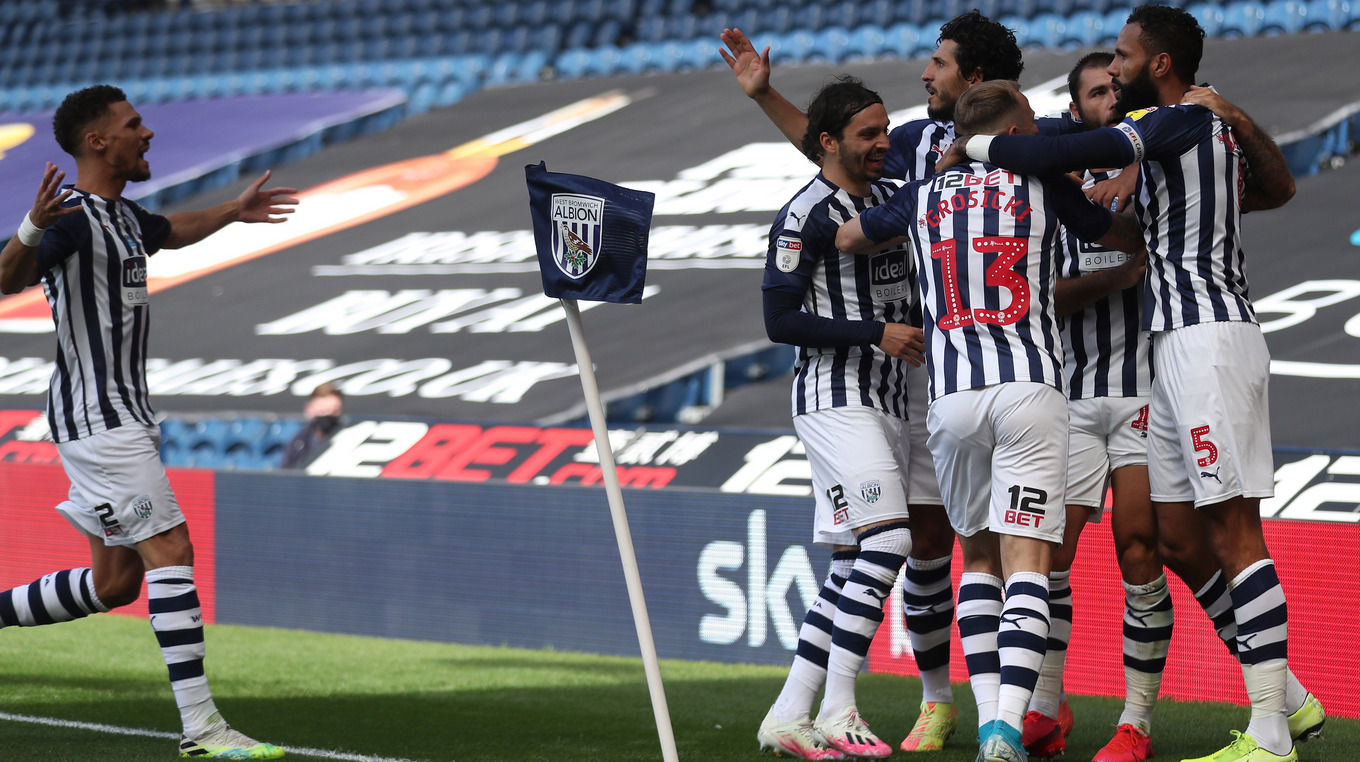 Albion beat Hull City 4-2 at The Hawthorns to take another big step in their battle for promotion.

Charlie Austin, Ahmed Hegazi, Kamil Grosicki and Grady Diangana were on the scoresheet while Matheus Pereira claimed a hat-trick of assists in a glittering performance.

The win takes the Baggies to 77 points, just one behind Sky Bet Championship leaders Leeds and five in front of third-placed Brentford with five games remaining.

Slaven Bilić made one change to the side that won 3-0 at Sheffield Wednesday in midweek with Grosicki making his first start for Albion against his former employers.

The Baggies were ahead after just four minutes when Bostin’ Austin struck again, chesting down from a flat Pereira cross before slamming past George Long from eight yards.

The visitors went close themselves on 13 minutes but Mallik Wilks’ low drive clipped the heels of Kieran Gibbs 20 yards out and whistled wide of the left upright.

The Tigers were level on 24. The Baggies failed to clear a left-wing corner and Kevin Stewart blasted in a low left-foot half-volley.

Albion almost regained their lead on the half-hour mark but Pereira’s volley from 25 yards took a big deflection and flashed wide.

Grosicki so nearly earned the Baggies a second in the 35th minute, with Long getting down low to keep out a right-foot shot at his near post.

And Albion led once more from the resulting corner, Hegazi nipping in at the front post to head in from Pereira’s delivery. 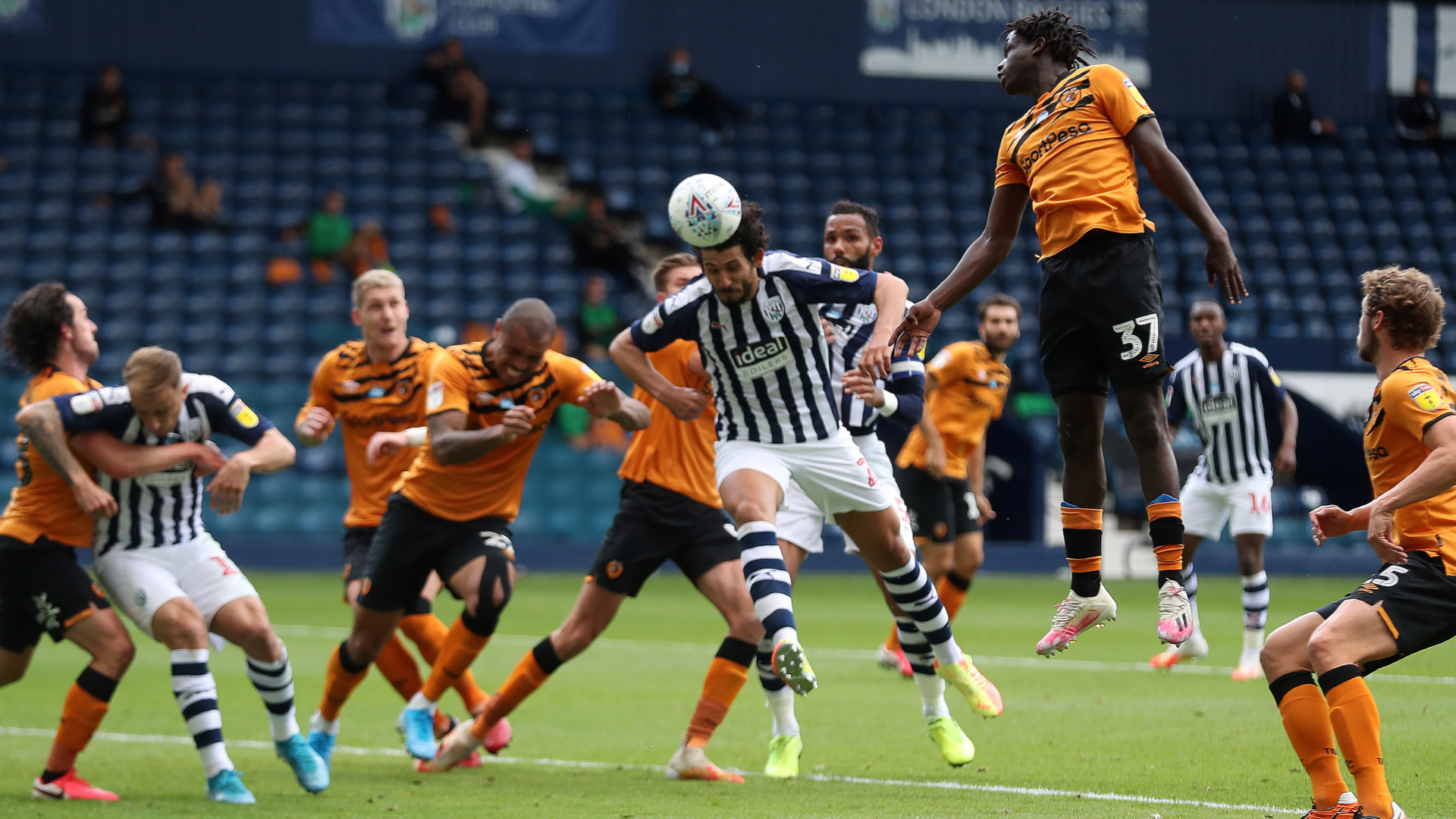 Long was again forced into a good save on 42 when he dived to his left to parry Filip Krovinović’s 25-yard drive.

By now Albion should have had a third. Austin fired a left-foot volley wide of the right upright following a pullback from Conor Townsend, who had replaced the injured Gibbs, before Pereira again tested Long with a fierce left-foot shot.

And yet the game remained on a knife edge.

Bilić’s men suffered a setback three minutes after the restart with Wilks heading the visitors level from a set-piece, but it did not take the Baggies long to regain their lead.

Less than 60 seconds later Pereira had his hat-trick of assists, playing in Grosicki with a sublime defence-splitting pass, with the Poland international keeping his cool to roll the ball beyond Long from 15 yards. 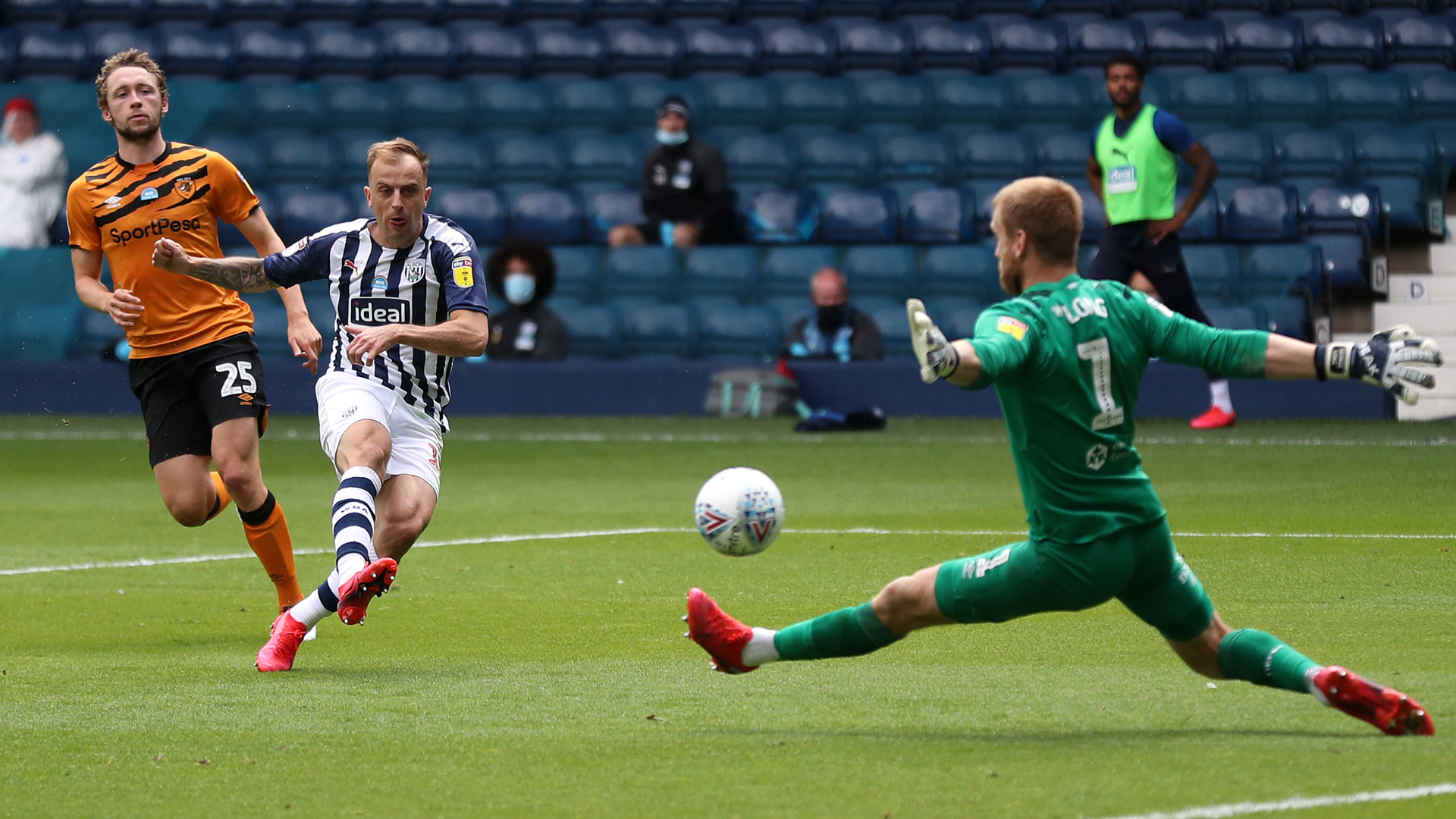 For all their dominance the Baggies’ lead hung in the balance and Wilks came close to equalising moments later but blasted over from close range.

Pereira almost had a goal of his own on 55 but flashed wide from 20 yards after completing a one-two with Krovinović from a right-wing corner.

Sam Johnstone made a strong one-handed save with an hour gone to keep out Jon Toral’s well-struck effort from 25 yards.

It was time for reinforcements and they came in the shape of skipper Jake Livermore and Hal Robson-Kanu who have each played an instrumental role in Albion’s campaign to date.

Johnstone was again called into action on 65 and what a fine finger-tip save he made again to deny Toral and retain the Baggies’ lead.

With 15 minutes remaining the Baggies finally had a fourth much to the relief of a clearly-animated Bilić who screamed with delight on the touchline. 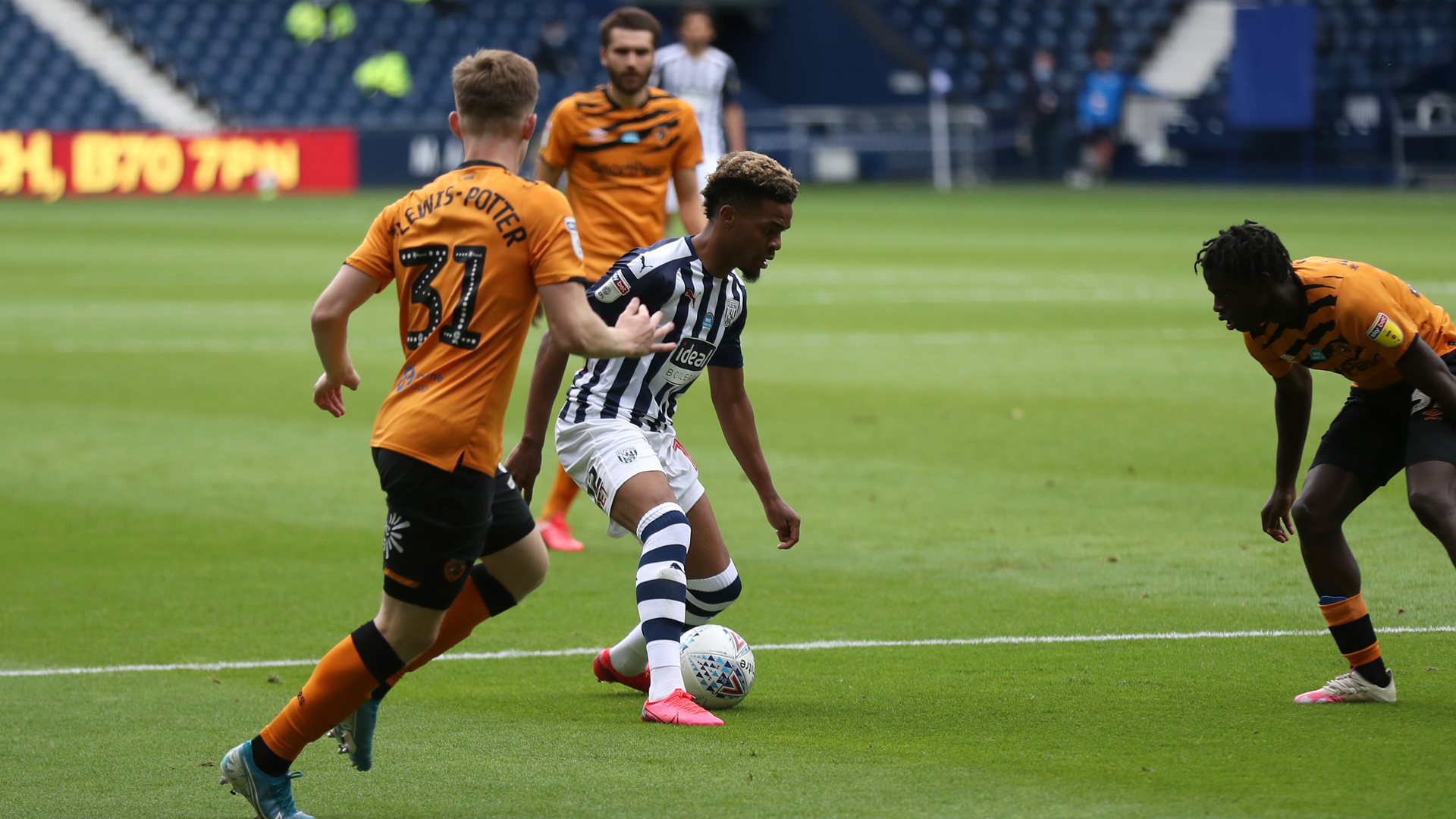 Diangana, who replaced Harper just four minutes earlier, found time and space on the edge of the box before he slipped the ball inside the right post unopposed.

With less than quarter of an hour to play and with a two-goal lead to hang on to, Albion played with a confidence until the final whistle, with Albion’s front players, in particularly Diangana, causing problems for the Tigers’ backline.

In the closing moments, Hegazi received a second yellow card for a foul on Wilks.