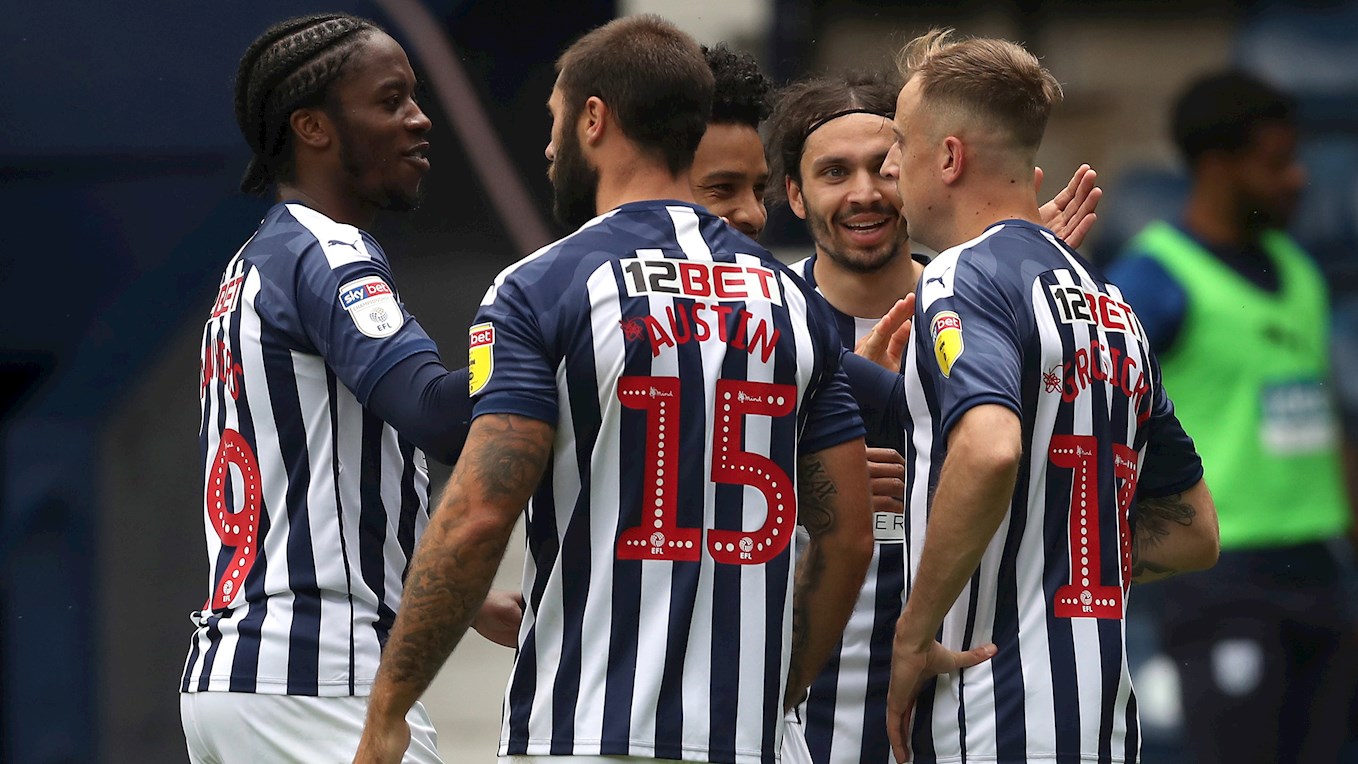 Slaven Bilić’s Baggies will take on Derby County on Wednesday as their push for promotion from the Sky Bet Championship continues at The Hawthorns (ko 5pm).

Derby salvaged a point against local rivals Nottingham Forest at Pride Park in their most recent fixture.

Joe Lolley's strike fired the visitors into a first-half lead and they looked set to hold on to for all three points, especially when Martyn Waghorn was sent off for the home side late on.

But with one of the final attacks of the game, Chris Martin bundled in a 97th-minute equaliser to provide a dramatic end to an otherwise low-key East Midlands derby.

The former PSV and Fenerbahce boss, who has finished fourth at the World Cup with the Netherlands as both a player and assistant coach, has three Eredivisie titles to his name as a manager.

Life hasn’t always been easy in England for the Eindhoven-born manager, but an improved run of form since January has seen Cocu’s men pushing for a Play-Off place.

Wayne Rooney joined Derby County on the first day of 2020, becoming both a player and a coach under Cocu at Pride Park.

England and Manchester United’s all-time leading goalscorer has been playing in central midfield for Derby and has made 15 league appearances so far, scoring five times.

Rooney’s arrival has seen a major upturn in results for the Rams, with Cocu’s men rising from 17th at the turn of the year, to being on the cusp of the top six in seventh place before their trip to The Hawthorns.

Rooney, who scored 53 times in 120 games for England, has over 700 appearances and 300 goals to his name alongside an incredible 16 honours in club football to date.

The points were shared the last time Albion played Derby as the sides drew 1-1 at Pride Park, with penalties at the centre of the action.

Waghorn put the home side ahead from 12-yards after he was fouled by Kieran Gibbs in the opening six minutes, but he couldn’t repeat the feat just before half-time when Sam Johnstone superbly saved his controversial second spot-kick.

Instead it was Kenneth Zohore who scored the third penalty of the day late on to ensure the Baggies left Derbyshire with a point.

• The Baggies have bagged seven goals in their last two matches - the most amount they have netted in the space of two games all season.

• When Ahmed Hegazi and Kamil Grosicki scored against Hull, they took Albion’s tally of different goalscorers in the Sky Bet Championship to 19 different scorers. The Baggies have had 20 different scorers in all competitions this season, with Conor Townsend netting in the FA Cup.

• Phillip Cocu’s men have picked up 31 points in their last 16 league games, which is more points than they did in their first 25 league matches.

Charlie Austin fired his second goal in as many games to open the scoring against Hull City at The Hawthorns.

The Baggies forward marked his 31st birthday with his tenth Sky Bet Championship goal of the season.

The last time 'Chaz' scored in consecutive games was when he hit six goals in five matches for the Baggies, including his brilliant brace against Birmingham City.

Any chance to watch this again.

☑️ Pass of the season
☑️ Accomplished finish @GrosickiKamil's first goal for us came at the perfect moment on Sunday afternoon. pic.twitter.com/XwBV1DQ8Ts

Season tickets holders who have claimed an iFollow package can again watch Albion play live when the Baggies take on Derby County.

Comprehensive coverage of the clash with the Rams is also available in our Match Centre, where you can listen to live commentary on WBA Radio or follow our live text feed.

Respectfully we must remind supporters that, owing to match day protocols, we regret the stadium garden of remembrance is not open on game days.