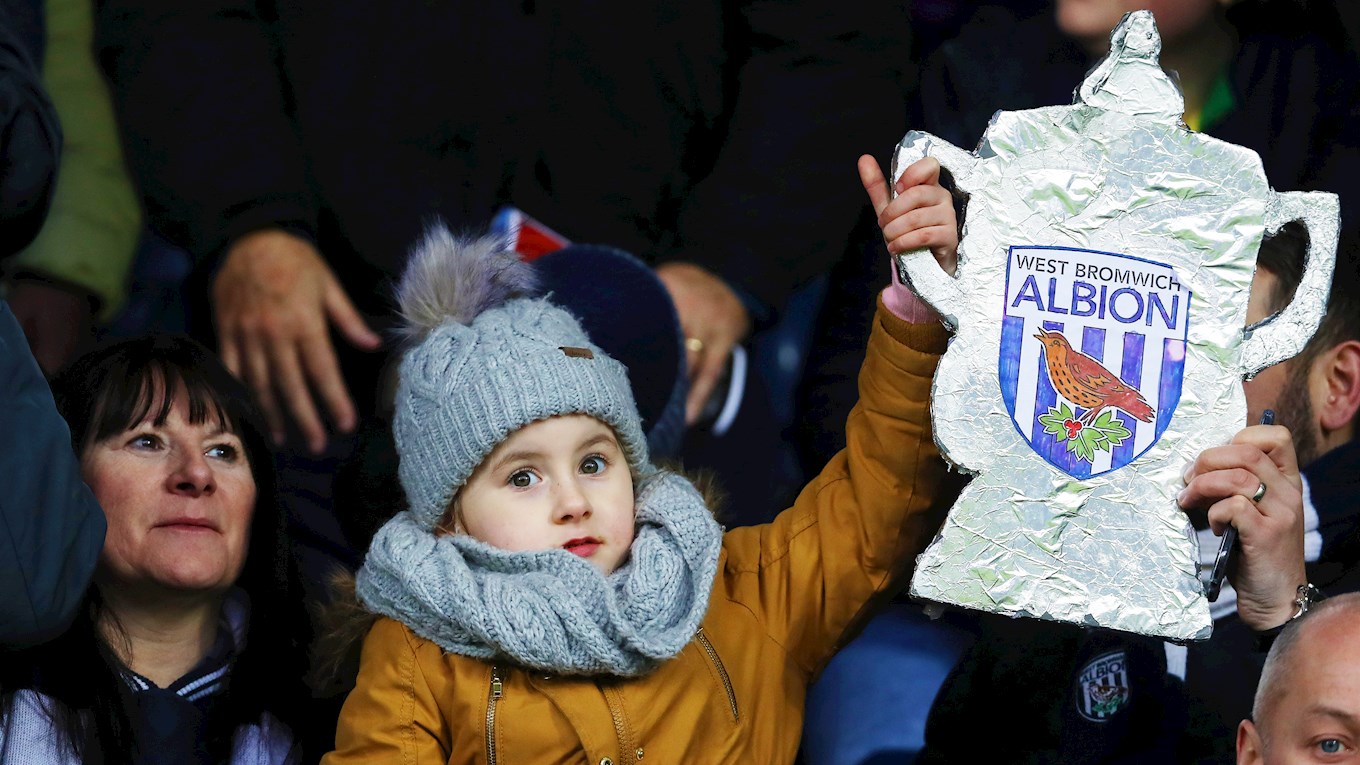 Albion will go head to head with West Ham United for a space in the fifth round of the FA Cup when the two sides meet at the London Stadium on Saturday (ko 3pm).

West Ham beat Gillingham 2-0 to progress to the next round of the competition in the their third round clash at Priestfield Stadium.

A strong Hammers side overcame the Sky Bet League One outfit, with Pablo Zabaleta opening the scoring with less than 20 minutes to play.

Pablo Fornals wrapped up the victory for the visitors in stoppage time.

David Moyes began his managerial career at Preston North End before the turn of the millennium. After four years at Deepdale, he moved to Everton where he would spend more than a decade.

His good work at Goodison Park saw him land the Manchester United job, but he lasted just 11 months. Since then he has managed Real Sociedad, Sunderland and West Ham.

Having taken charge of the Hammers from November 2017 to May 2018, Moyes was re-appointed last month.

Sebastian Haller has netted six goals for West Ham this season after his move from Eintracht Frankfurt.

The 6ft 2in striker earned a move to the London Stadium after his prolific form in Germany, and most recently netted for the Hammers against Bournemouth in a 4-0 win on New Year’s Day.

The last time Albion faced West Ham in the FA Cup was at The Hawthorns in February 2015, in a game which the Baggies won 4-0.

Ideye Brown fired the hosts ahead after 20 minutes, with James Morrison doubling the advantage before the break.

Brown netted a third before the hour, and after former Baggie Morgan Amalfitano got sent off in the 70th minute, Saido Berahino wrapped up the victory two minutes later.

• In three of the past five seasons Albion have progressed further than the fourth round of the FA Cup.

• The Baggies are unbeaten on the road in their last nine games in all competitions (P9, W6, D3, L0).

• Slaven Bilić's men have lost just one game away from home this season, a 1-0 defeat at Elland Road.

• West Ham have scored more than two goals in a game just twice this season.

• In the past five seasons, the Irons have progressed further than the fourth round of the FA Cup twice.

After claiming an assist in Albion’s last FA Cup game against Charlton, Kyle Edwards could be an important player for the Baggies at the London Stadium.

In a breakthrough season, Kyle has made 24 appearances in all competitions and netted twice; on the opening day against Nottingham Forest and at the beginning of December against Swansea City.

Slaven Bilić's men will be backed by a sell-out away end of just under 5,000 Baggies at the London Stadium, after Albion's allocation was snapped up in less than 48 hours.

Thanks, as always, for your wonderful support.

Comprehensive coverage of the clash with West Ham is available in our Match Centre, where you can listen to live commentary on WBA Radio or follow our live text feed.

WBA Radio is the only service that allows Baggies fans around the world - from Smethwick to the Sahara - access to uninterrupted live commentaries from every one of our competitive games. iFollow subscribers can join Gez Mulholland for Baggies-biased live commentary on Saturday.