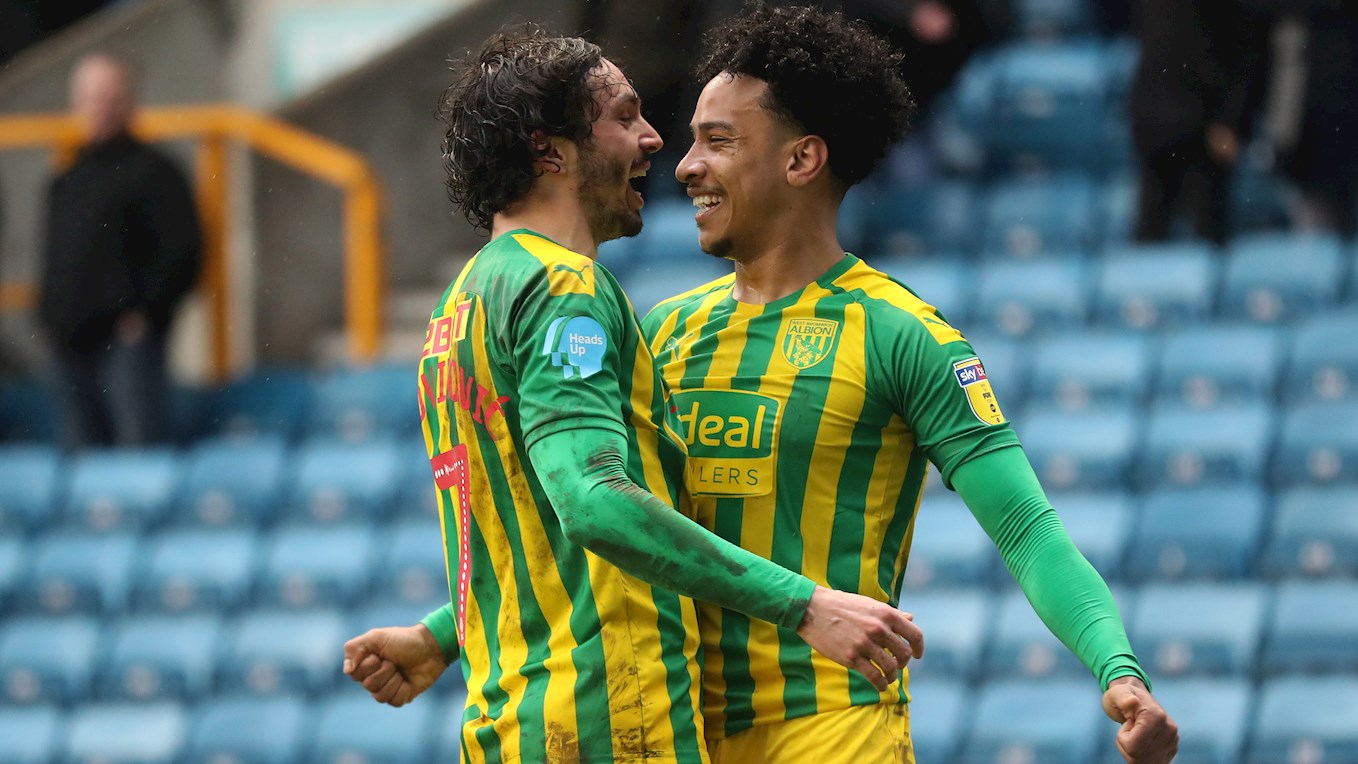 Albion stormed through difficult conditions at The Den to beat Millwall 2-0 and claim back-to-back wins in the Sky Bet Championship.

The Baggies just about came out on top of a testing first-half thanks to Filip Krovinović’s second strike of the season three minutes before the interval.

Dara O’Shea then netted his first goal for the Club with just a few minutes left on the clock to help his team gather a vital three points in their quest for promotion back to the top flight.

The result ensures Slaven Bilić’s side extend their advantage at the summit of the table to four points.

There were two changes to the team that beat Luton Town last weekend, with Matheus Pereira back into the starting XI following his suspension and Charlie Austin swapping out for Hal Robson-Kanu.

The Baggies spent most of the opening two minutes trying to keep the ball still before taking a corner, and were eventually unfortunate not to trouble Bartosz Bialkowski when Krovinović’s dangerous set-piece was volleyed over by Semi Ajayi.

Albion’s best chance of a strong opening period came shortly after. Callum Robinson picked up possession in the Millwall half and played Pereira clean through, however his low shot smashed the post and bounced out.

The home side then grew into the game and created two good opportunities - Jed Wallace seeing a free-kick well parried by Sam Johnstone and also shooting off-target from a good position inside the area.

But Slaven’s side finished the first-half strongly with Robson-Kanu and Pereira forcing saves from Bialkowski ahead of Krovinović firing Albion ahead on 42 minutes.

The Croatian attacking midfielder picked up the ball around 20-yards from goal and curled a fantastic finish into the bottom right corner to send the brave travelling supporters wild.

Following the interval the Baggies picked up where they left off, creating opportunities for Robson-Kanu, Robinson and Krovinović - but none of them could extend the advantage further.

Albion continued to dominate, though, and their persistence did finally pay off with just six minutes remaining.

O’Shea snuck in at the front post to power home a header, from debutant Kamil Grosicki's corner, netting his maiden goal for the Baggies and completing a successful afternoon in the capital.