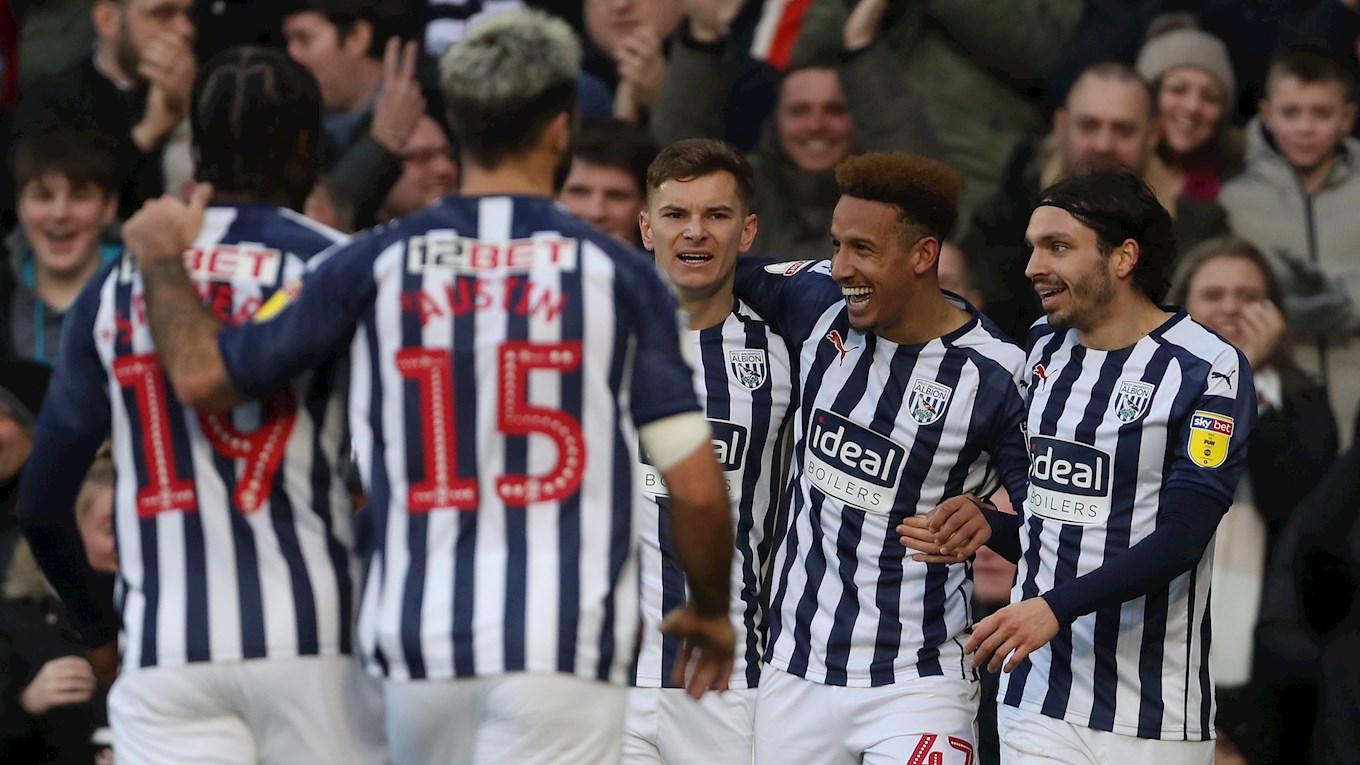 Albion will look to build on their recent win against Luton Town when they take on Millwall at The Den on Sunday (ko 1.30pm).

• Tickets can be bought here.

In a game of many chances, neither side could find a way through, with both teams having to settle for a point.

Millwall are managed by Gary Rowett, who arrived at The Den in October 2019.

After an extensive playing career in the 1990s and early 2000s, Rowett would take his first managerial job with Burton Albion in 2012, and after two years at his former club, he would join another of his previous teams as boss, taking the reigns at Birmingham City.

A two-season stint at Blues ended when he made a switch to Derby County, who he also played for, and after just more than a year, he joined Stoke City and then Millwall.

Jed spent two loan spells with the Lions helping the Club to promotion before signing permanently in 2017.

The goalscoring midfielder made a smooth transition into the Championship and has scored 10 goals so far this season.

Dominant Albion were pegged back and held to a 1-1 draw by Millwall at The Hawthorns the last time the two teams met in the league.

The Baggies took a deserved lead through Kyle Bartley just before the hour mark in their first home league game under Slaven Bilić, but Millwall substitute Matt Smith converted from close range in the 75th minute to snatch a point for the visitors.

• Semi Ajayi is the highest scoring defender in the Sky Bet Championship with five goals so far during this campaign.

• Albion are the top scorers in the Championship with 53 goals.

• Millwall are unbeaten in their last eight home matches against the Baggies - Albion last won there in 1987 - meaning they haven't won at The Den since it was rebuilt in 1993.

• Gary Rowett's men have just one win in their last five games in all competitions (W1, D2, L2).

Albion fans may get the chance to see Kamil Grosicki in action for the first time on Sunday.

Grosicki has scored 14 goals and contributed 13 assists since the start of 2019, making him the second most productive midfielder in England over the last 12 months.

Smiles all round on the training ground...

Things you love to see:

The lads enjoying training with big smiles on their faces ahead of Sunday's trip to The Den. 😍🎥 pic.twitter.com/r28cuHal5Y

The Baggies have been handed an allocation of 2,043 seats.

Comprehensive coverage of the clash with Millwall is available in our Match Centre, where you can listen to live commentary on WBA Radio or follow our live text feed.

WBA Radio is the only service that allows Baggies fans around the world - from Smethwick to the Sahara - access to uninterrupted live commentaries from every one of our competitive games. iFollow subscribers can join Gez Mulholland and Ian Skidmore for Baggies-biased live commentary on Sunday.