'I'd do anything to come again' 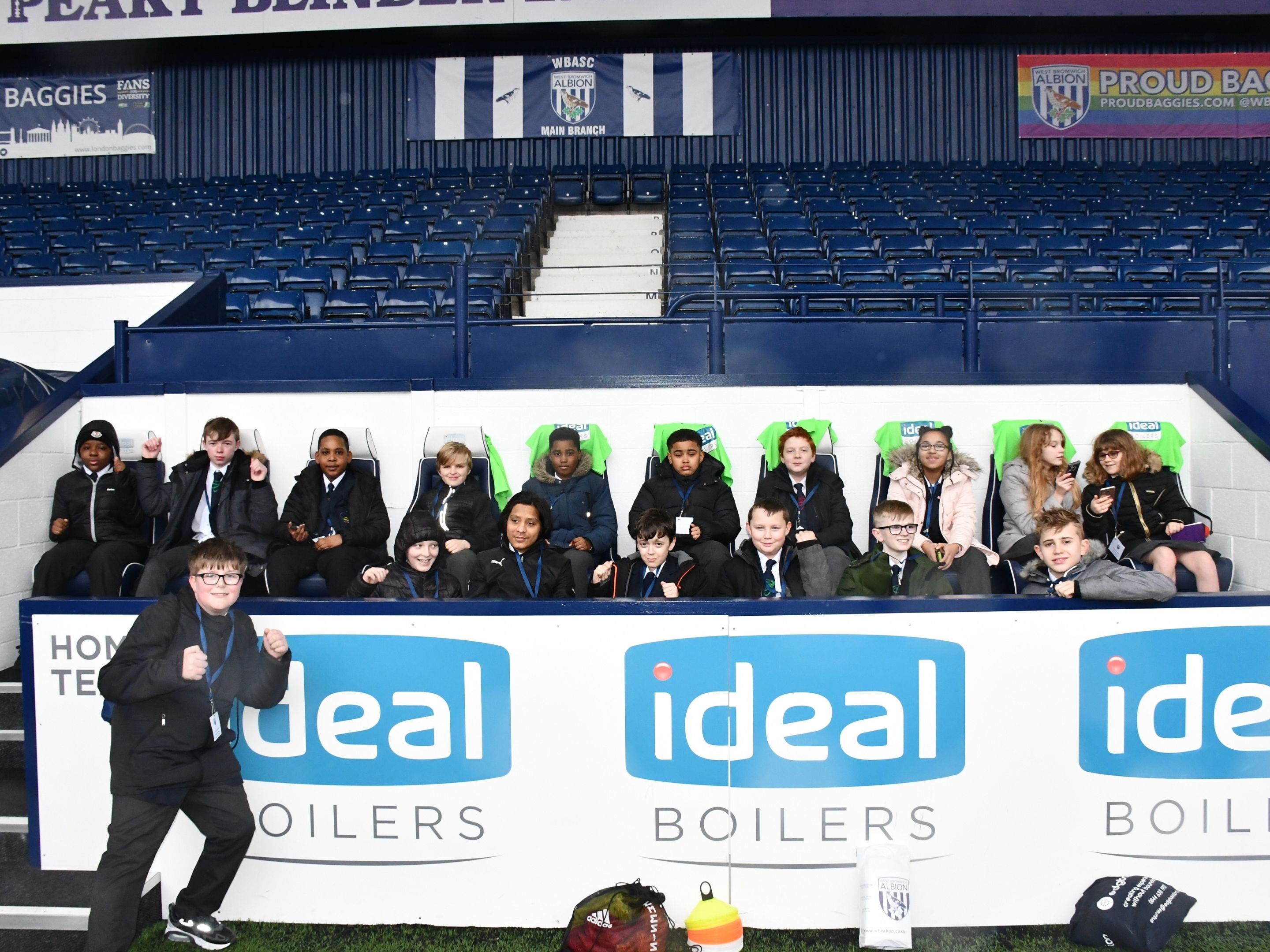 Pupils from Bristnall Hall Academy had a day they will never forget as they were treated to a matchday experience on the day of Albion’s 2-2 draw with Nottingham Forest.

The children went on a tour of The Hawthorns before taking part in footballing activities in the Academy Dome and finished off by watching the game in the stadium.

All the students were either from disadvantaged backgrounds or had some form of Special Educational Needs and Disabilities, and for many, it was the first time they had ever had the opportunity to attend a football match.

For pupil, Jaiden Douglas, who was attending his first ever game, the day was one he’ll remember for a long time.

“It was pretty amazing for me to see the stadium with nobody in it, just actually seeing it and not seeing it on the tv,” said Jaiden.

“I’m so thankful for today, I’d do anything to come again,” he said.

For Bristnall Hall’s Principal, Kully Uppal, the day was a great way to bring students into the wider community beyond the Academy.

“We’ve brought children together from all walks of life and you can tell they’re having a great time,” Kully said.

“It’s about everyone being together all part of one inclusive community and without the Foundation this wouldn’t have been possible today,” he said.

The matchday experience was all about giving the pupils an opportunity to do something they would never normally have the chance to do, said Ajay Gill, Disability Post 16 Development Officer at the charity.

“You can see on their faces how excited they have been today so it’s been great to give this experience to them,” he said.