Brunty: No-one wants it more than me 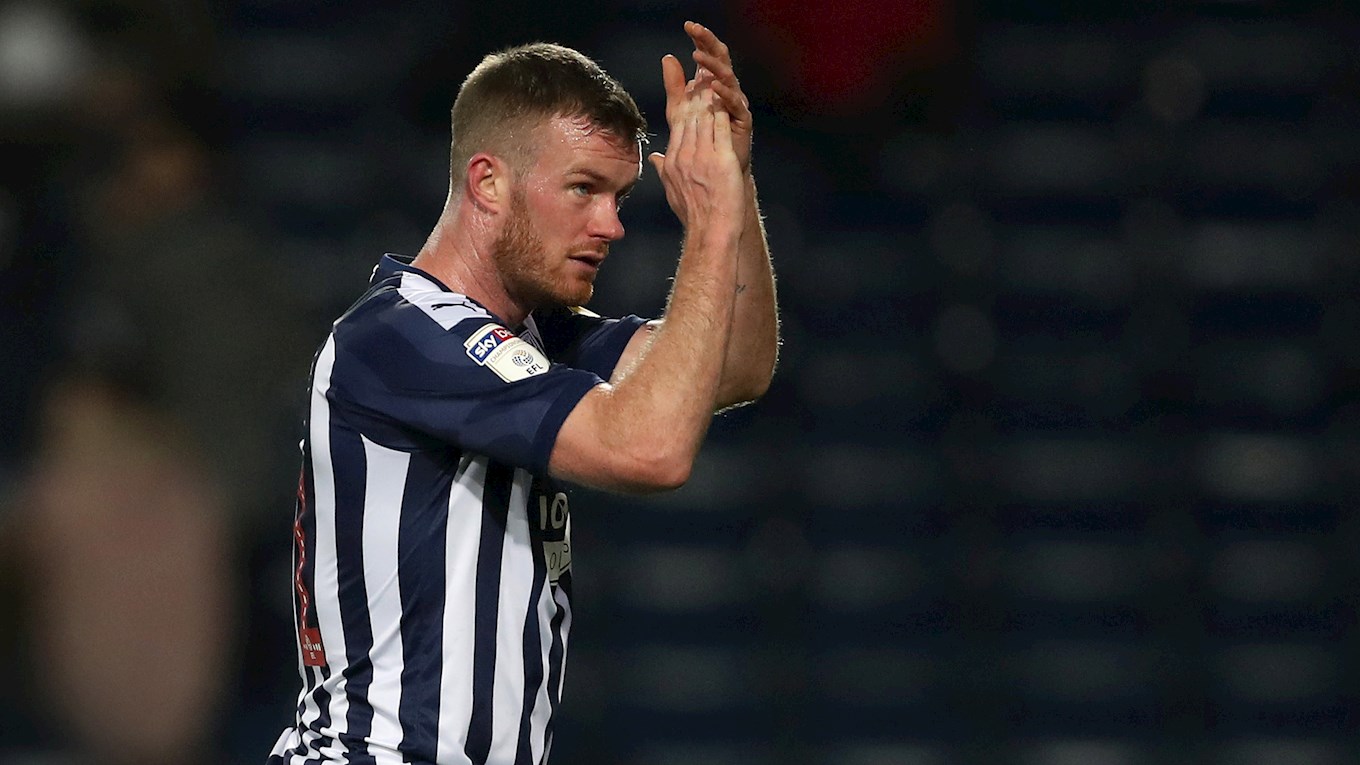 Chris Brunt wants to see Albion promoted back to the Premier League as much as anyone - and pledges to do everything in his power to help make that happen.

Speaking for the first time since his proposed transfer deadline-day move away from The Hawthorns fell through, the Club’s longest-serving player today opened up on exactly what happened last Friday.

And the man who sits 13th on Albion’s all-time appearances list admits just the thought of leaving the Club conjured up a wide range of emotions.

“It all pretty much happened like you’ve read,” he said. “I came to our training ground on the Friday night and I thought everything was pretty much ready to go. There were a few complications at the other end so it didn’t happen.

“I was disappointed at the time, and it was a bit of a weird one, because when I came down to the training ground there were still a few people floating around and the reality hit me where I thought, ‘I might not be coming here again tomorrow’. That would have been the first time in 12 or 13 years, and it would have been strange.

“When it didn’t go through, I’m not going to lie, I was disappointed. I’m like every other football player, I want to play football, I want to win games, I want to go out and be competitive. At this moment in time I’m not getting the chance to do that here and I have no complaints about that.

“The team has done really well, the manager has been fair with me I and I respect his decision. I’ve just got to keep plugging away, try best in training, and hope that I put myself in his plans.

“Obviously I’ve been doing that for six months and I haven’t been given the opportunity so it was natural that when someone like Michael O’Neill, who I’ve worked with at Northern Ireland and who I know well, came along it was a pretty obvious deal.

“But it didn’t happen and you see that every deadline day, but normally I’m sat at home watching it, and this time I was sat at the training ground and it didn’t happen. That’s life, you’ve just got to get your head down and get on with it.”

Brunt has now been with the Baggies for 12-and-a-half years since joining from Sheffield Wednesday in the summer of 2007.

And the Club captain says he can imagine no finer farewell than contributing to an Albion promotion back to the Premier League.

“You become attached to the place, there are a lot of people here that have been here as long as me and they become friends rather than just colleagues,” he added. “You’ve just got to put that to one side and get on with it. You’ve got to be prepared to do that as you see a lot of people come and go. That hasn’t really been the case for myself.

“I want this football club to get promoted as much as anybody who’s in the stadium every Saturday, so if I can play a part in that, whether that’s behind the scenes or on the pitch, let’s hope we can get enough points over the next couple of months to get back up to the Premier League.