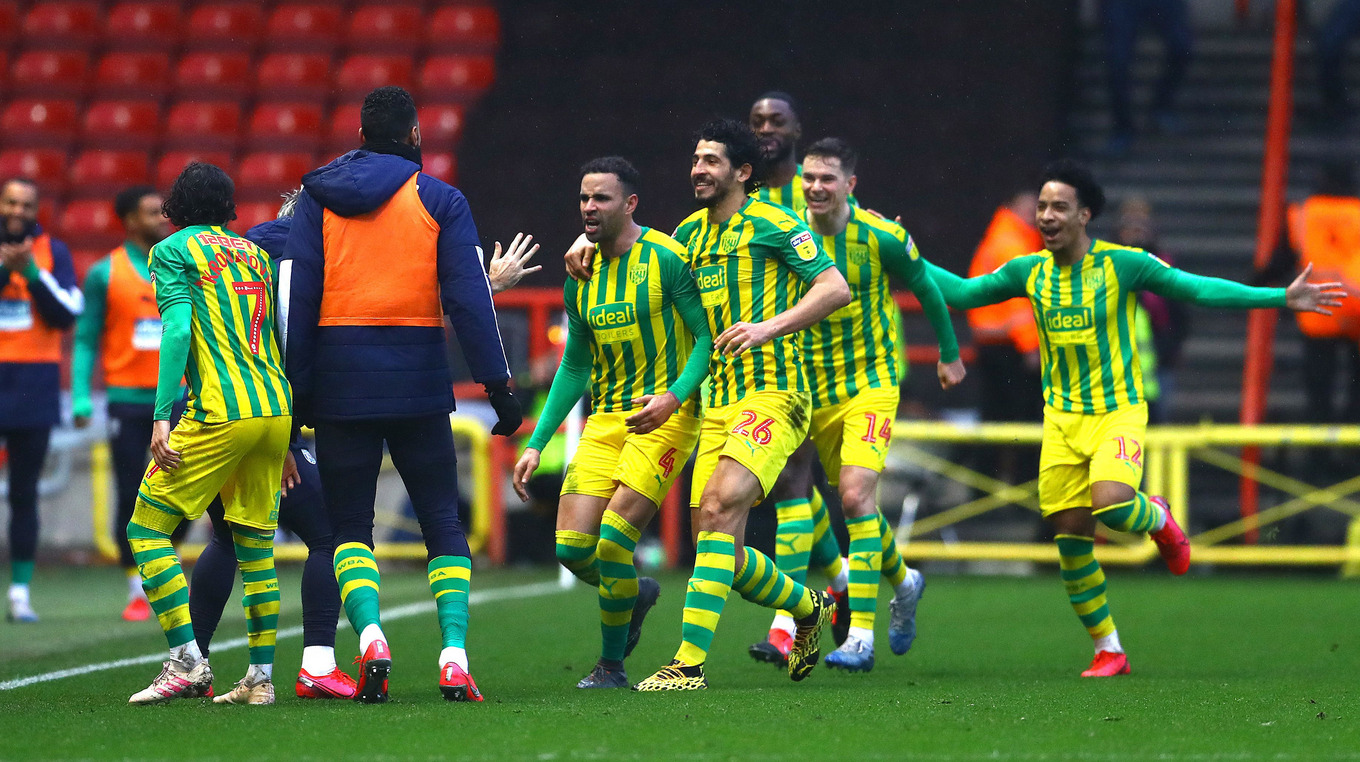 Albion made it five Sky Bet Championship games unbeaten with a brilliant 3-0 win against Bristol City at Ashton Gate.

A clinical five-minute spell in the first-half helped the Baggies on their way to victory, Callum Robinson netting his second for the Club before Hal Robson-Kanu tapped in soon after.

Despite Romaine Sawyers’ red card with 13 minutes left, Robson-Kanu added a fantastic third late on to ensure Slaven Bilić’s side begin a busy week with three huge points in the West Country.

The superb result keeps table-topping Albion four points ahead of second-placed Leeds, and moves them nine clear of Fulham in third. Bilić made just one change to the XI that started all three games last week, Ahmed Hegazi replacing Kyle Bartley in the centre of Albion’s defence.

Despite a shot-less opening 20 minutes from both teams, Albion suddenly sprung into life midway through the half - Matheus Pereira unfortunate to see his thunderous volley bravely blocked by Jack Hunt.

The Baggies continued to put pressure on their hosts, winning a series of free-kicks in dangerous areas as well as a number of corners, finally finding a deserved breakthrough on 32 minutes.

One of the Championship’s leading assist-makers Pereira played Robinson clean through on goal, and even though his initial low effort was saved by Bentley the ball rebounded off the Sheffield United loanee and into City’s net.

That lead was then doubled no more than five minutes later. Quick play down the right ended in the impressive Jake Livermore having a shot pushed straight into the path of Robson-Kanu, who tucked home from a few yards out.

Albion took their two-goal advantage into the break and came close to extending it a few times ahead of the hour mark, Robson-Kanu and Livermore both firing wide and Robinson heading off-target when well-placed.

Nahki Wells had a good opportunity to pull one back for the hosts with 20 minutes to play but his volley from less than 10-yards out didn’t trouble Sam Johnstone.

With under quarter-of-an-hour to go Romaine Sawyers was given his marching orders, but that didn’t deter the Baggies - who put the result beyond doubt thanks to Robson-Kanu’s stunning strike in front of the jubilant 3,000 travelling supporters.