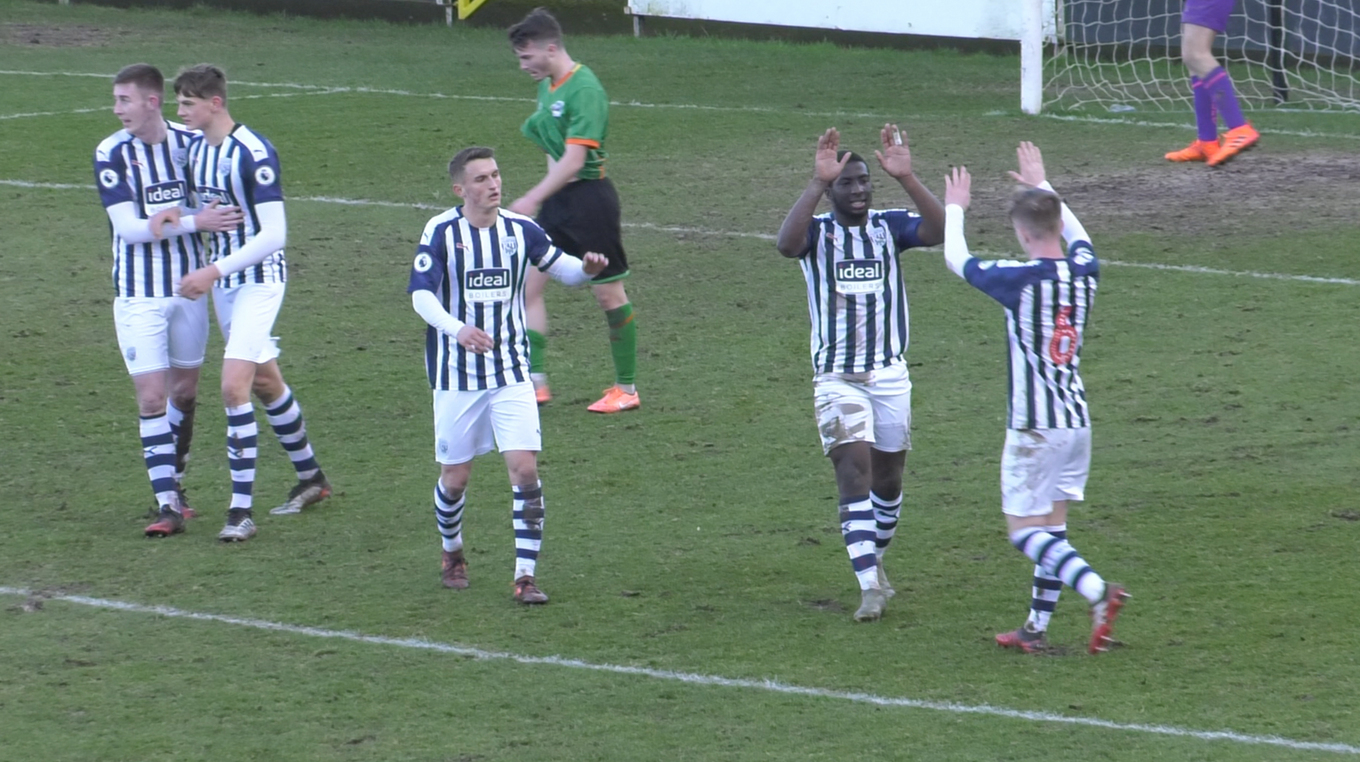 A quick-fire double by Diaby before the half-hour mark gave the Baggies the advantage at the halfway stage, with the French forward netting his third with just more than 20 minutes to play.

Albion went close through Harry Williams before Diaby headed in from a Finley Thorndike free-kick.

The Frenchmen instantly doubled the Baggies’ advantage two minutes later when he capitalised on a blunder by Adam Kelsey to prod home from close range.

The hosts had the ball in the net again before the break but Mo Faal’s goal was ruled out for offside.

In the second half, Albion were comfortable in possession and added to their lead in the 68th minute, when Diaby controlled in the box and finished past Kelsey following a corner.