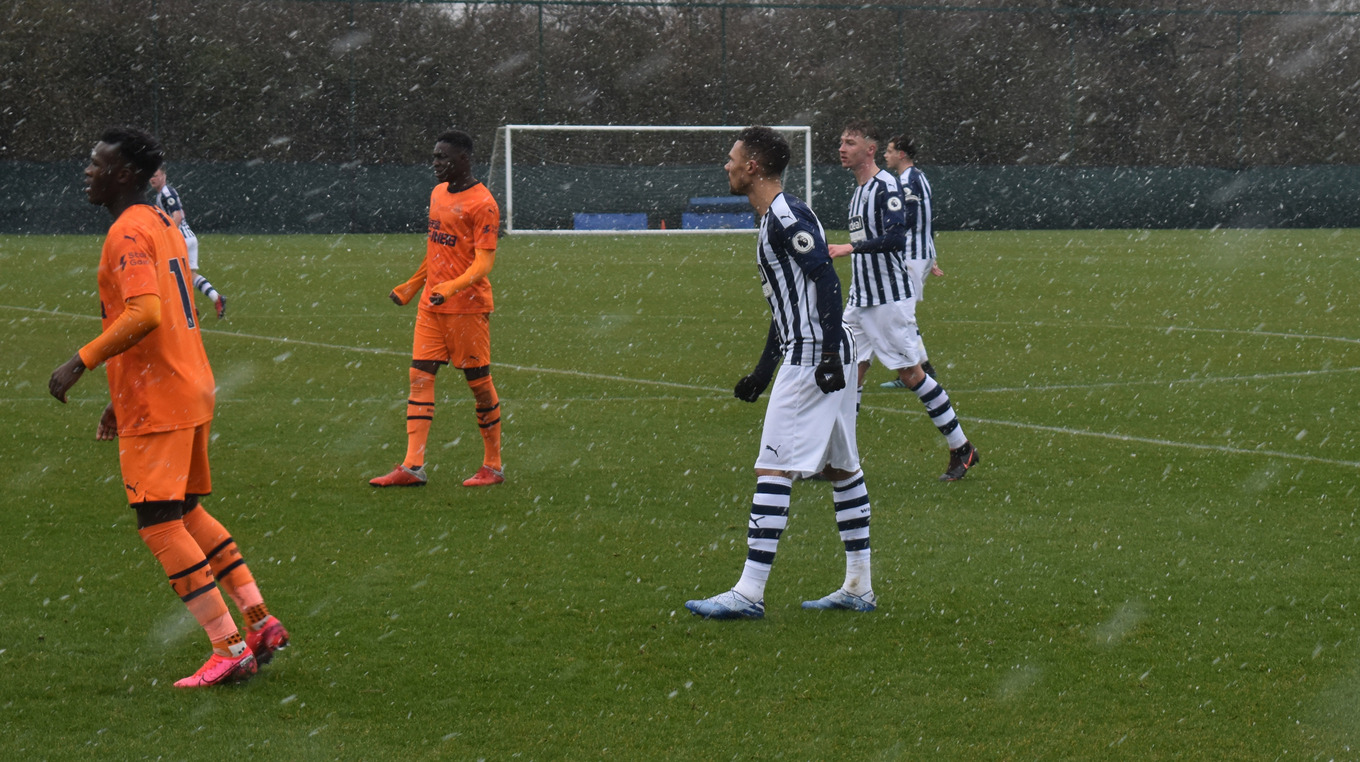 Kieran Gibbs stepped up his return to fitness by completing 45 minutes for Albion Under-23s during their 1-0 defeat to Newcastle in the Premier League Cup.

The left-back was playing for the first time since picking up a hamstring injury on New Year’s Day, though he couldn’t prevent an otherwise young Baggies side from suffering their first defeat in the competition this season.

In snowy conditions at the training ground Rayhaan Tulloch carved out Albion’s first chance of the game, though his low effort was saved well by goalkeeper Jake Turner.

Instead it was Newcastle who took the lead just after the 20-minute mark, Tom Allan converting from close-range.

There was no equaliser for the Baggies before the break, Dan Meredith firing their only real effort wide, and things very nearly got worse for the hosts near the hour mark.

Allan had the chance to double United’s lead from the penalty spot only to find Josh Griffiths in his way, with the young shot-stopper parrying away his effort and keeping the deficit at just one goal.

The sun came out for the final stages of the clash but the change in weather didn’t alter Albion’s fortunes and it was Newcastle who held on to claim all three points.

Albion remain top of Group C with three wins from four fixtures and will be looking to secure their passage through to the knockout stages in games against Hull City and Scunthorpe over the next couple of weeks.