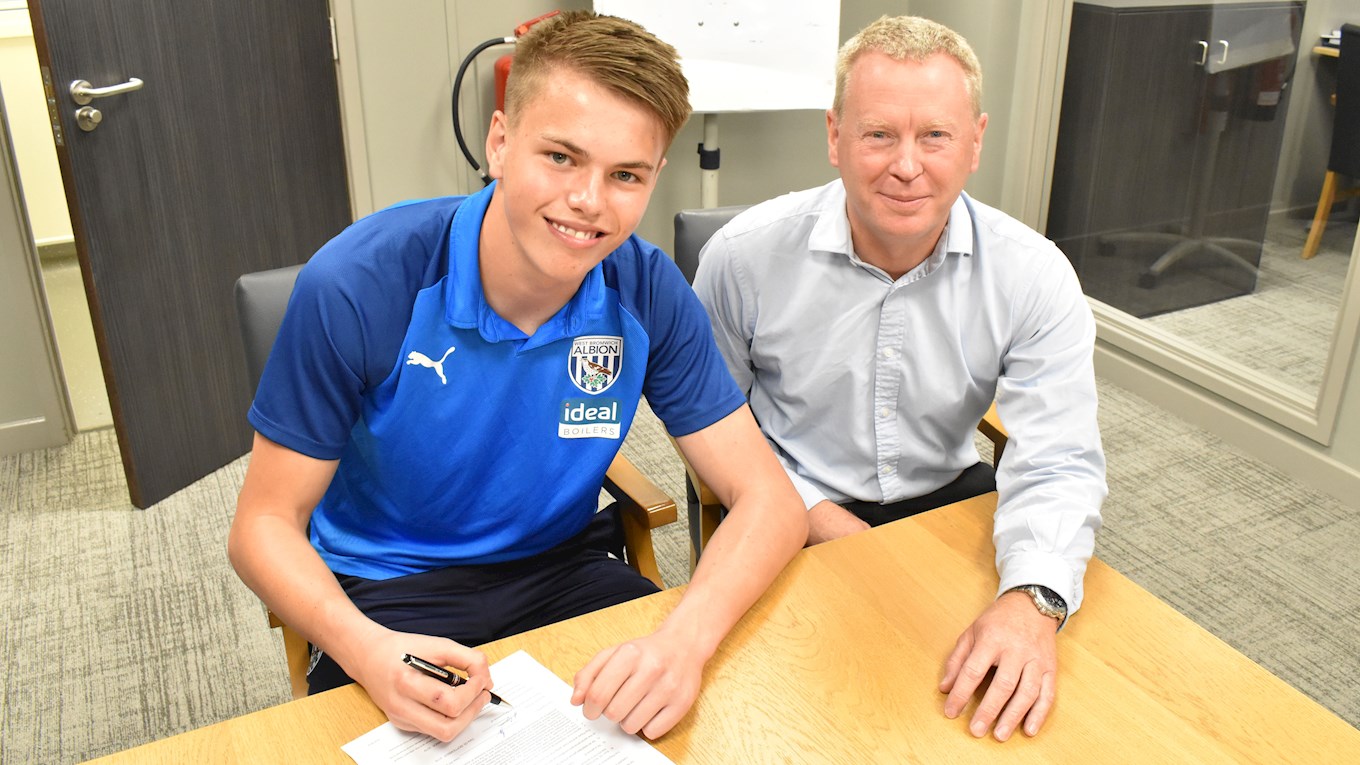 Albion are delighted to confirm young England goalkeeper Josh Griffiths has today signed a four-year deal with the Club.

The 18-year-old from Hereford put pen to paper on an extended contract which ties him to The Hawthorns until 2023.

Griffiths, who is just back from training with the Young Lions’ Under-20 squad, has previously represented his country at Under-18 level.

He trained throughout pre-season alongside first-team keepers Sam Johnstone and Jonathan Bond and has made a big impact within the ranks.

Senior goalkeeping coach Gary Walsh said: “It’s great for the Club and it’s great for Josh. Apart from his potential, he’s a terrific lad who is really grounded and that’s a big credit to him, the Club and everyone who has worked with him.

“He’s working alongside the three senior keepers now and he is like a sponge listening to all their advice. They want to help him because he is such a genuine young man

“The biggest compliment I can pay him is that I keep forgetting he’s 18. His potential is there for us all to see – but now he has got to keep working and I am sure he will do.”

Sporting and Technical Director Luke Dowling added that he first noted Josh’s potential and progress a year ago when reports from first-team training sessions began to filter through.

Luke said: “When you hear Dwight Gayle complaining he can never beat him and Jake Livermore checking on whether we have got him tied down on a contract, you know you’ve got a talent on your hands.

“It’s been important for us to get Josh settled on a long deal because we know of at least one Premier League club who were trying to lure him away.

“I’m delighted he has committed to us and looking forward to see him progress still further.”

And Josh himself, who is already pushing 6ft 6in, spoke of his excitement at agreeing a new deal with the Baggies.

“I’ve been at the Club since I was 10 so this is pretty special for me. I’m delighted,” he said.

“It’s been a fantastic learning curve for me working with the senior keepers.

"Training alongside Sam, Bondy and now Ali is tremendous and they are always willing to help me progress."