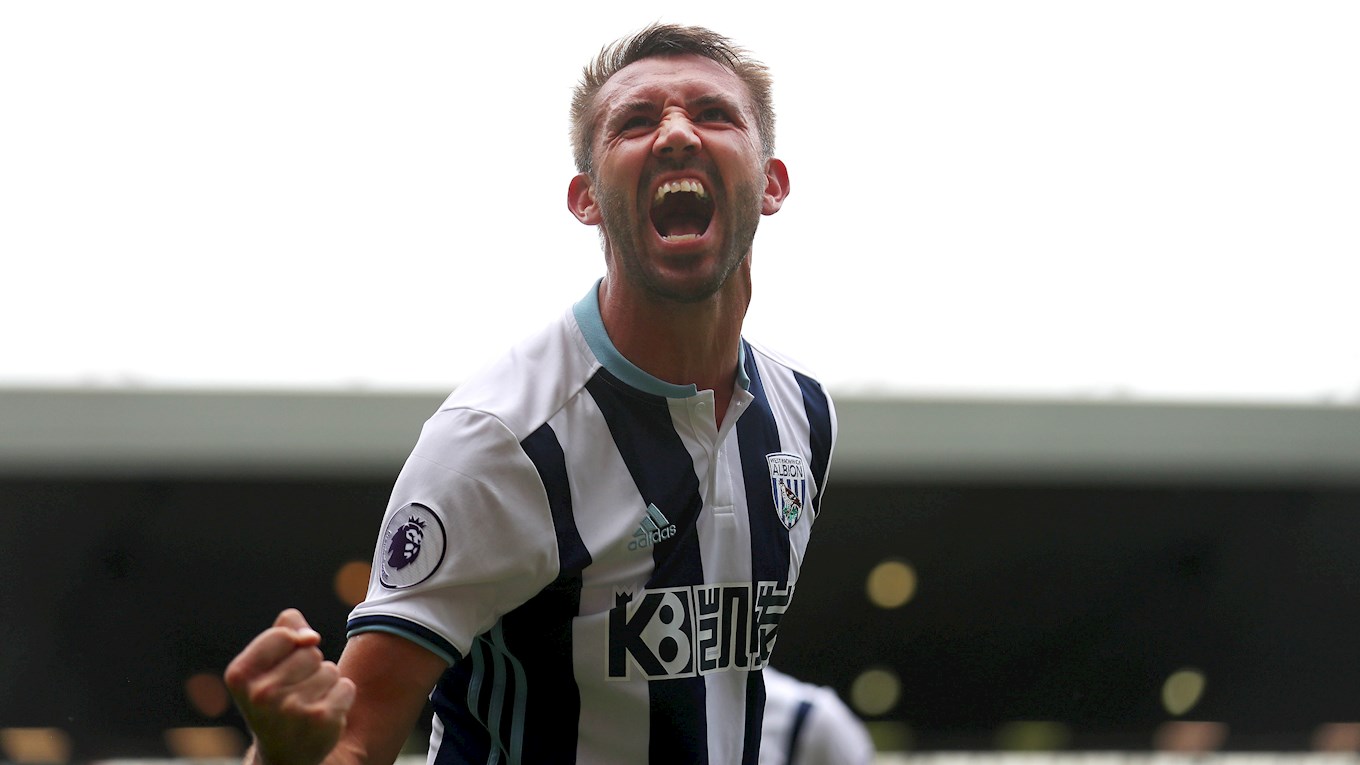 Albion favourite Gareth McAuley has today announced his retirement from football after a 23-year career.

“G-Mac” formed half of Albion’s most successful central defence of the modern era and this morning took to Twitter to officially confirm the end of his playing days.

His decision follows swiftly on the heels of his partner Jonas Olsson who announced his retirement 10 days ago.

The Northern Ireland international began his career in his homeland with Linfield, Crusaders and Coleraine before moving to Lincoln City in 2004.

He would go on to make 469 appearances in England, following up his spell at Sincil Bank with time at Leicester and Ipswich, but it is perhaps his seven years at The Hawthorns for which he will be best remembered.

The Baggies snapped up the then-30-year-old in the summer of 2011 during Roy Hodgson’s reign as Albion head coach.

His start to life in the Black Country was hindered by a bout of gastroenteritis but once at full fitness he quickly carved out a solid and formidable partnership with Olsson.

G-Mac’s maiden Premier League season saw the Baggies achieve memorable victories over Villa, Newcastle, Chelsea and Liverpool, plus a momentous double over Wolves that included a standout day at Molineux.

A 10th-place finish in his debut campaign was followed by eighth under Steve Clarke a year later. With Jonas and Gareth marshalling the back-line, Albion retained their top-flight status for a further five seasons.

His time at Albion coincided with perhaps one of Northern Ireland’s greatest periods. Alongside fellow-Baggies Chris Brunt and Jonny Evans the green-and-white army qualified for Euro 2016 in France, with McAuley scoring his country’s first-ever goal at a European Championships in a 2-0 win over Ukraine.

The Hawthorns fans’ favourite made 227 appearances for Albion in all competitions, scoring 17 goals.

His Albion career reached its conclusion at the end of the 2017/18 campaign. He then fulfilled a boyhood dream of representing Rangers.

Everyone at West Bromwich Albion looks forward to welcoming Gareth back to The Hawthorns soon.