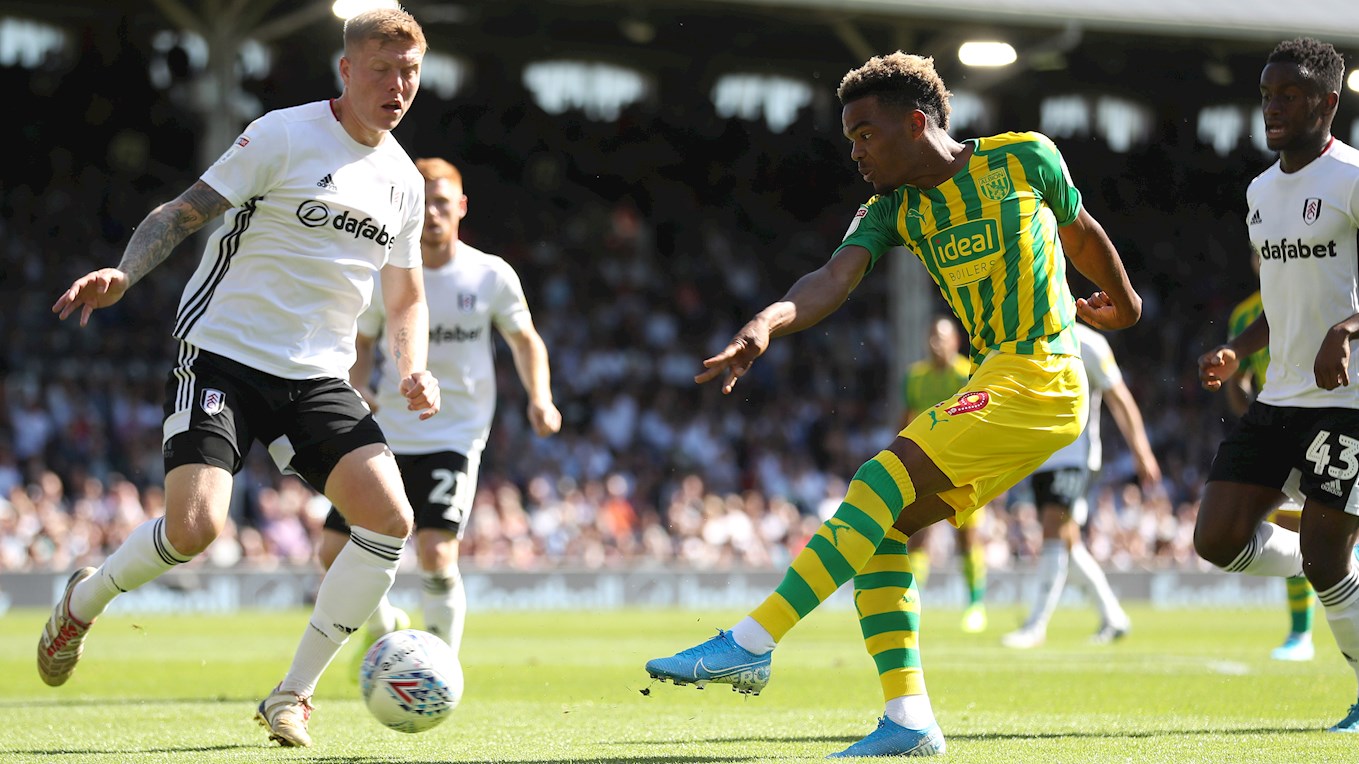 Semi Ajayi’s first goal for Albion earned a point as Slaven Bilic’s men again proved they know how to fight back after falling behind.

Fulham, one of the strong promotion favourites, looked on the way to ending Albion’s unbeaten start when they took a deserved lead after 49 minutes with a freak Anthony Knockaert goal.

But that triggered a powerful response from Albion who levelled in the 80th minute through Ajayi’s header from a corner and finished fully worth another impressive point on the road.

Albion were content to reach the break with the game deadlocked, a reward for a disciplined resistance to the home side’s lion share of possession.

There were some close shaves and scrapes for the Baggies to survive but the 15th minute shot from Tom Cairney which Sam Johnstone brilliantly fingertipped on to the bar was the closest Fulham would come in this period.

Albion were restricted in their own efforts at the other end but there was an acrobat effort from Charlie Austin which missed the target while Darnell Furlong couldn’t quite find the strike to defeat Marcus Bettinelli after Romaine Sawyers had picked him out.

But the Baggies were left trailing just four minutes into the second period as they struggled to break out from more home pressure.

Whether Knockaert meant his angled delivery as a shot or a cross only he will know but it had just the right angle and flight to defeat a surprised Johnstone at his far post.

That setback had the effect of bringing Albion to life with changes from the bench adding fresh vigour.

Hal Robson-Kanu came on for the first time this season after Kyle Edwards and Filip Krovinovic had replaced Matt Phillips and Jake Livermore the Baggies and the tide turned in Albion’s favour.

They found their equaliser as the last 10 minutes began when a wickedly-flighted corner by Pereira startled Bettinelli into palming the ball up for Ajayi to head home at point blank range.

Furlong nearly won it at the finish as Albion went toe-to-toe with the home side when he flashed a header from another Pereira corner agonisingly wide.