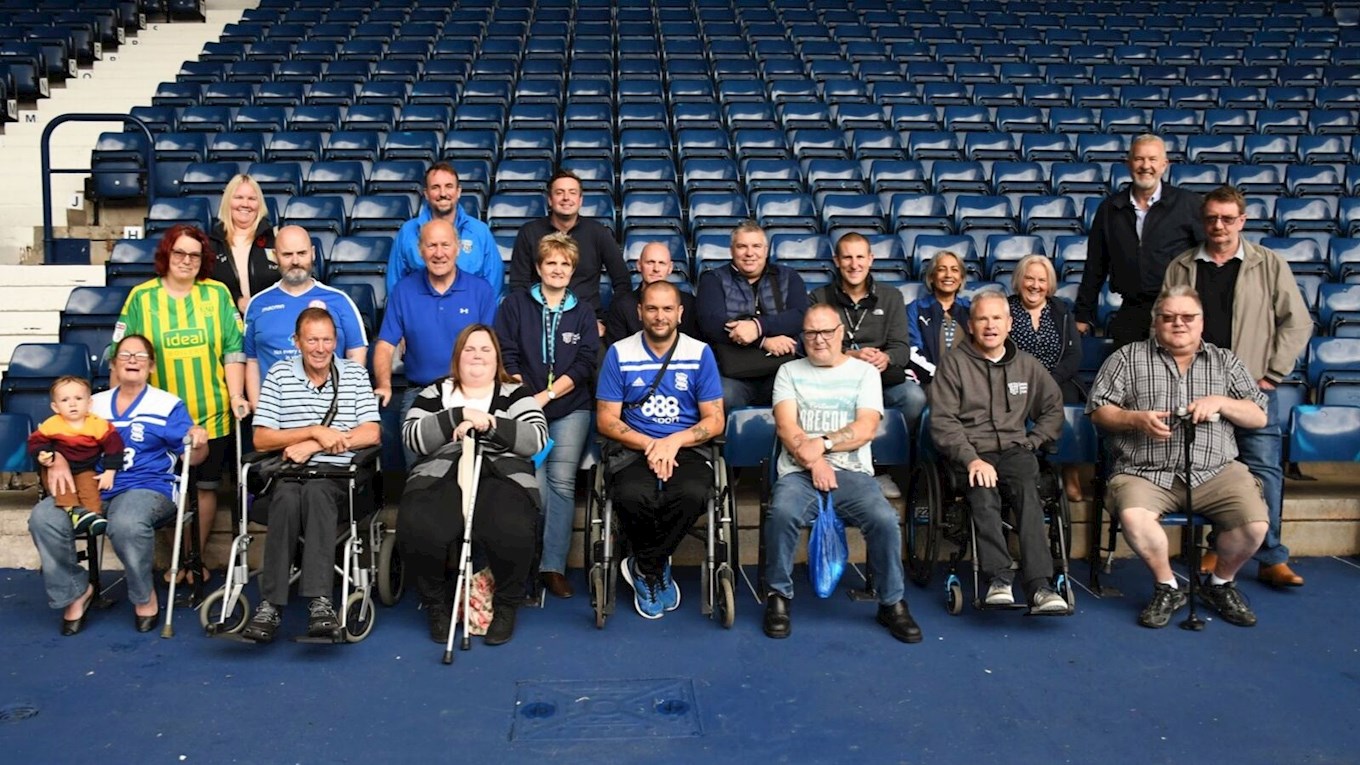 West Midlands disabled supporters clubs put aside their rivalries to join forces and discuss accessibility across their club’s facilities and stadiums.

‘Allies in Access’ met at The Hawthorns for the first time, sharing knowledge and ideas, as well as being shown around the stadium’s sensory room and accessible areas.

The gathering were also shown a presentation by The Albion Foundation about the scale of the work that the charity does in the community for children and adults with disabilities.

For many, learning about the wide range of work done by the Foundation was an eye-opener into the role of the Club’s charitable arm, playing a vital part in so many people’s lives across the region.

Treasurer of West Bromwich Albion Disabled Supporters Club, Stephen Brettle, was pleased to see the Foundation showcase their achievements to other teams in the region.

“Everyone today has learnt a lot about the great work of the Foundation, which a lot of clubs weren’t aware of,” said Stephen.

Stephen also stressed the importance of Allies in Access in the area.

“The group was brought about to bring local football clubs together to talk about facilities for disabled people and discuss their experiences of other grounds,” Stephen said.

“Between clubs you’ve still got some animosity between fans, so we’re trying to break down those barriers,” he said.

The meeting further signified Albion’s commitment to making The Hawthorns available for all, following disability access improvements in 2017.

For more information regarding the Foundation’s work within disability, please email paul.glover@albionfoundation.co.uk.