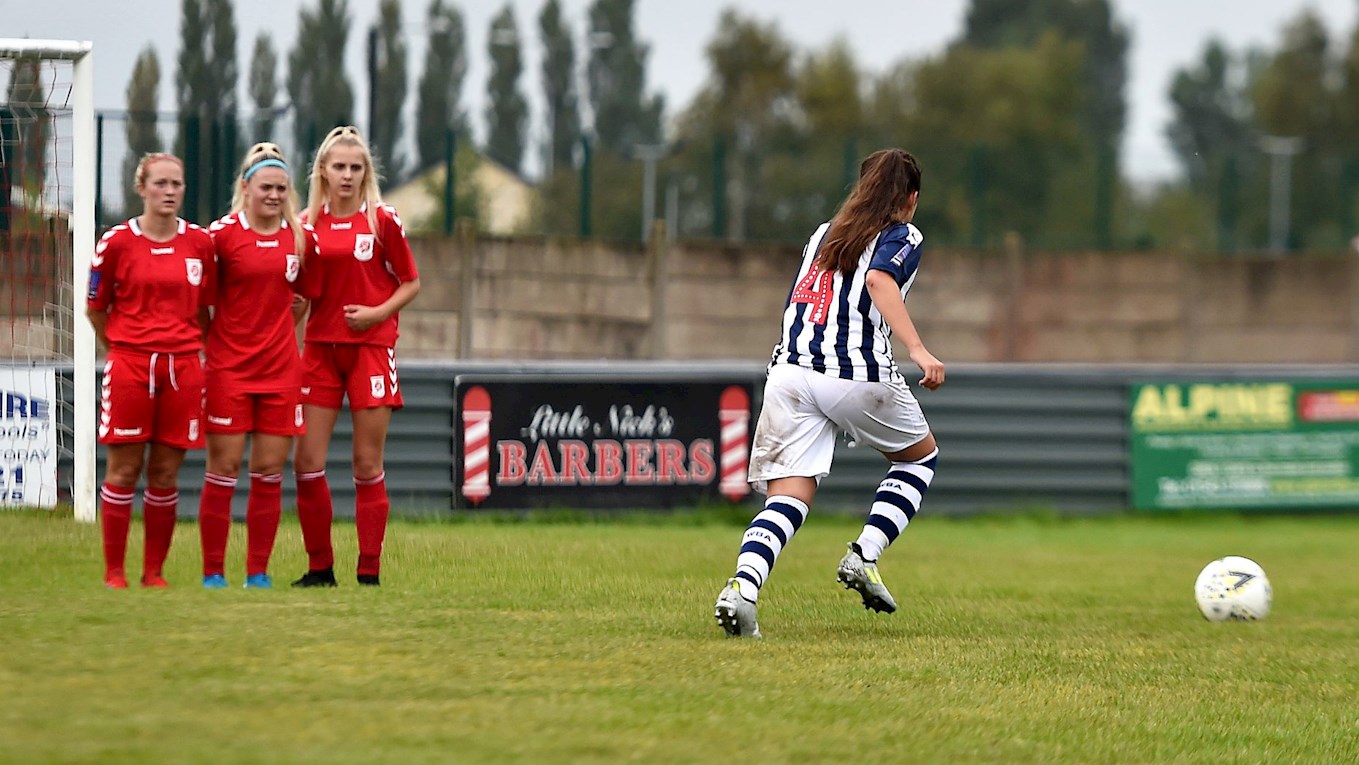 Albion Women won a third consecutive league game as they cruised to an 8-0 victory against Middlesbrough at Walsall Wood.

The Baggies had to play nearly an hour with striker Hattie James in goal after Olivia Walker had to go off injured, but that didn’t hold back Louis Sowe’s side.

Arber fired in a fourth just before the break to extend Albion’s advantage. Approaching the hour mark Davies grabbed her second to put the Baggies out of sight.

With just less than 20 minutes to play Arber completed her hat-trick by notching Albion’s sixth. Nicole Nymeon scored her first Baggies goal late on, with Arber also squeezing in a fourth before the whistle.