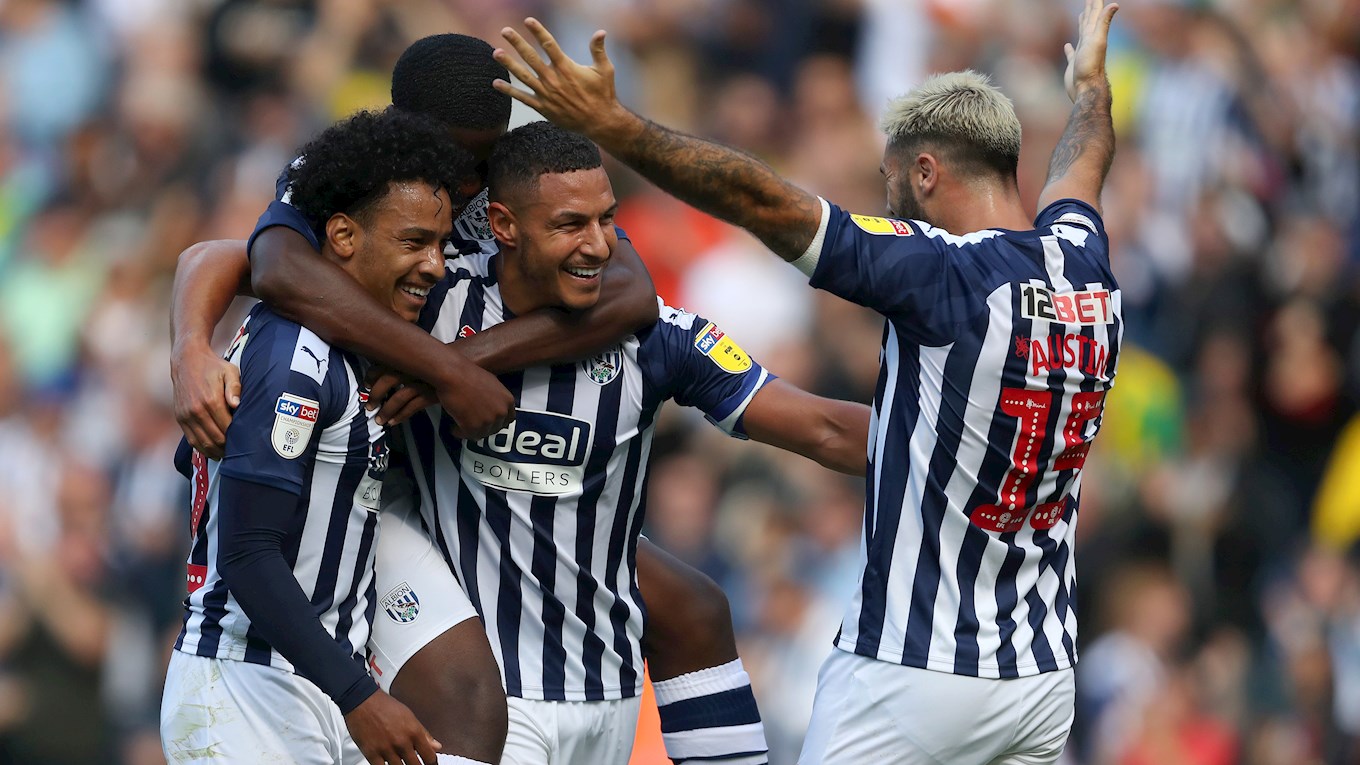 Albion could extend their unbeaten run to eight Sky Bet Championship games when they face Huddersfield at The Hawthorns on Sunday (ko 12pm).

Huddersfield fell to a 2-0 defeat against Sheffield Wednesday in their last game. Goals either side of the break from Steven Fletcher and Sam Winnall resigned Danny Cowley to defeat in his first match in charge of the Terriers, as the visitors took all three points from the Yorkshire derby at the John Smith’s Stadium.

After seeing Danny Cowley lead Lincoln City to two promotions in three impressive seasons, Huddersfield appointed the 40-year-old as their manager at the start of September.

Cowley guided part-time Braintree Town to the National League Play-Offs before his move to Lincoln. In his first season with the Imps, Cowley won the National League title, pausing only for a 7th place finish the following campaign before winning the League Two title last term.

Karlan Grant has netted four times for the Terriers during this campaign. Last season, Grant fired in 14 League One goals for Charlton Athletic before moving to Huddersfield, where he found the net four times in 13 Premier League games.

The 21-year-old striker made his Charlton debut in 2014 and had loan spells at Cambridge United and Crawley on his way to becoming a first-team regular for the Addicks before his move to Huddersfield last January.

The last time we faced the Terriers at The Hawthorns was in a Premier League clash in February 2018, which Huddersfield won 2-1.

That game aside, the most recent occasion Albion played the Yorkshire-based club in the Midlands was back in 2001, as Jason Roberts netted a 17th minute equaliser to earn the Baggies a 1-1 draw after Andy Booth had put the visitors ahead.

• Avoiding defeat would mean the Baggies extend their unbeaten run to eight Sky Bet Championship games and remain the only team in the division not to lose so far (W3, D4, L0).

• Slaven Bilić's side have come from behind to gain 12 league points this season.

• The last time Albion played at The Hawthorns on a Sunday, Jay Rodriguez scored a late penalty to earn the Baggies a 1-1 draw against Arsenal on December 31, 2017.

• Just two players have netted for the Terriers during this campaign - Karlan Grant has scored four times and Trevoh Chalobah has one goal to his name.

Semi Ajayi has been a rock at the back for Bilić's Baggies since his arrival from Rotherham United in the summer.

Albion's centre-half has made 308 passes, won 27 aerial duels and completed 25 clearances in his seven Sky Bet Championship appearances this campaign, netting his first goal for the Club against Fulham last Saturday.

Bilić's Baggies will look to hold on to this statistic for as long as possible.

The only unbeaten team left in the @SkyBetChamp?

The referee for Sunday’s match is Tim Robinson, and he’ll be assisted by Ian Cooper and Daniel Leach with Robert Jones as the fourth official.

Tim Robinson took charge of four Albion fixtures last term, officiating for a Hawthorns win against Millwall and loss to Middlesbrough plus defeats on the road at Leeds and Derby.

Albion will be running two special ticket deals for the game; Under-18s will be able to watch the game at The Hawthorns for just £1, while season ticket holders can bring a friend along for just £10.

Tickets are now on general sale and can be purchased online, in person from the East Stand Ticket Office or by calling 0121 227 2227.

Comprehensive coverage of the clash with the Terriers is available in our Match Centre, where you can listen to live commentary on WBA Radio or follow our live text feed.