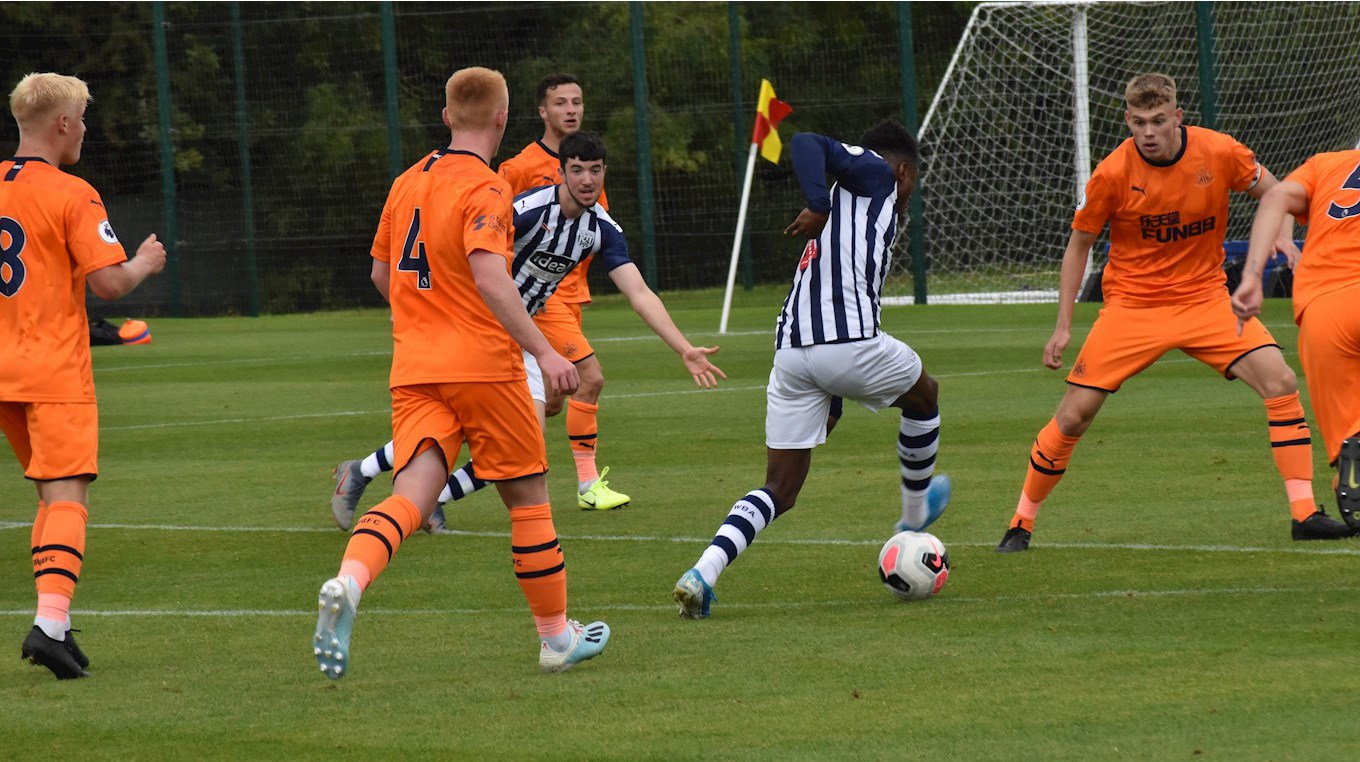 Albion’s PL2 side managed to see off the challenge of Newcastle United at the training ground thanks to a Hal Robson-Kanu double.

The Baggies striker netted twice in the second half to give Albion all three Premier League 2 Division Two points, with Albion making six changes to accomodate a number of first-team players.

Robson-Kanu's first goal came just after the break, but Tom Allan netted a penalty four minutes later to restore parity. However, Robson-Kanu completed his brace at the death to resign the visitors to defeat.

Ali Al-Habsi started in goal for the Baggies, with Ahmed Hegazi completed over an hour of football, gaining his first minutes this season following his ankle injury. Jack Fitzwater and Dara O’Shea partnered Hegazi in a back three.

Chris Brunt and Rekeem Harper played in the middle of the park, with Dan Meredith and George Harmon out wide, with Chris Willock and Kyle Edwards on the wings either side of Hal Robson-Kanu in a front three.

The Baggies created several chances in the first half, as Hegazi headed a Brunt corner just over the bar before Edwards went close twice.

The young winger skipped inside and fired an effort just wide but wasn’t deterred from trying again moments later. This time Edwards forced Dan Langley in to a save, as he pushed a curling effort into the path of Robson-Kanu, but the forward couldn’t get enough power behind the rebound to open the scoring.

At the other end Tom Allan had a half chance for Newcastle but sliced his effort well wide.

Brunt nearly netted from a free-kick, his effort curling towards the top corner of the goal before Langley made an impressive save to keep the scores level.

After the break, the Baggies took the lead. Edwards raced forward and found Robson-Kanu in space, who was able to slot a neat finish through Langley’s legs.

Albion’s advantage didn’t last long however, as Fitzwater was judged to have fouled Jack Young in the penalty area. Allan stepped up for the visitors and found the corner despite Al-Habsi managing to get a hand to it.

Albion capped an end-to-end second half with a late winner. Jamie Soule played in Edwards out wide. A first-time cross from the Baggies winger found Robson-Kanu, who drilled in a low effort on the turn to seal the win for the Baggies.