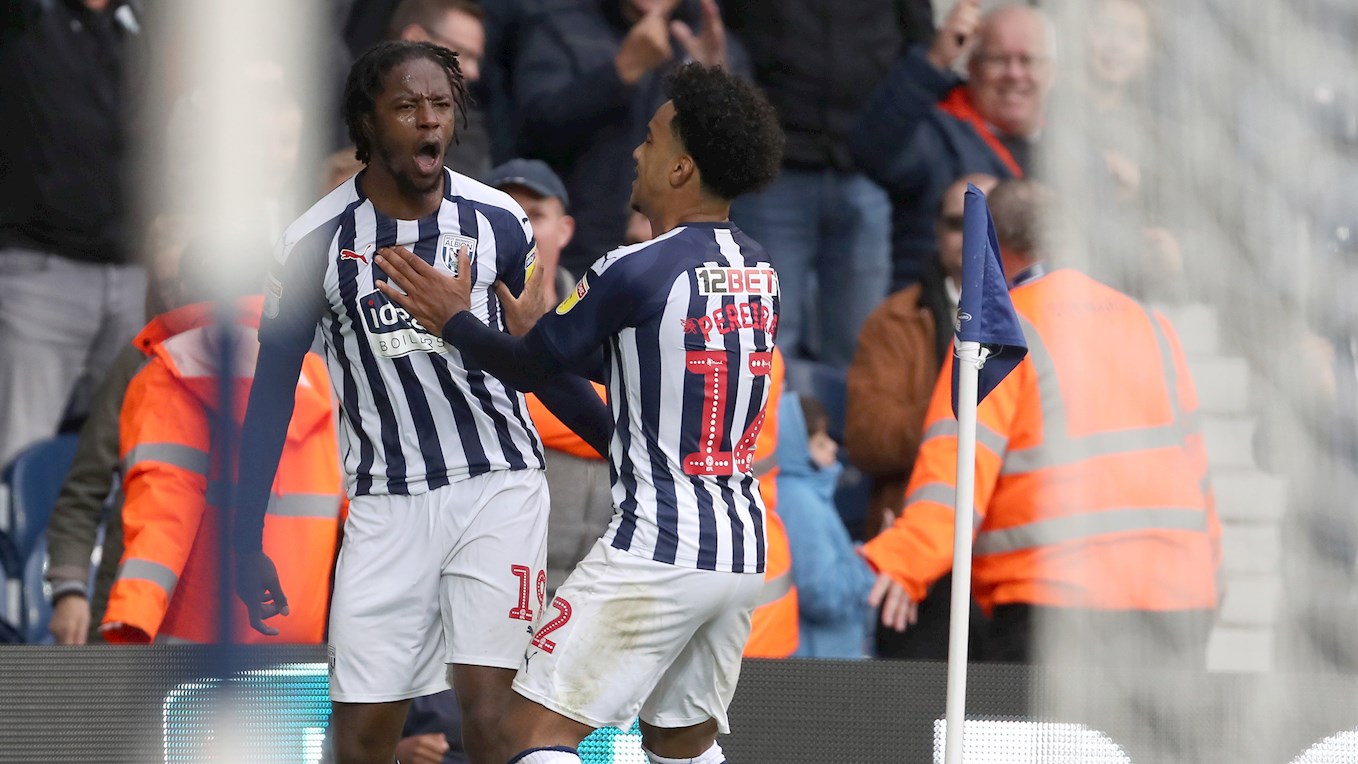 Slaven Bilić’s Baggies will look to extend their unbeaten home run in the Sky Bet Championship to 14 games with a win against Charlton Athletic at The Hawthorns on Saturday, October 26 (ko 3pm).

•Tickets are on general sale and can be bought here.

Charlton lost 2-1 on Wednesday night against Bristol City in their latest fixture.

Macauley Bonne fired Charlton ahead at Ashton Gate after the hour mark, but Bristol City levelled ten minutes later through Famara Diedhiou. With four minutes left to play Diedhiou was sent off, however despite being a man down, Josh Brownhill scored in injury time to win the game for the Robins.

After rising through the youth ranks at Charlton, Lee Bowyer went on to enjoy an impressive playing career before taking charge at The Valley in March 2018 - 24 years after he made his senior debut for the club in 1994.

In his first campaign as Addicks boss, Bowyer guided Charlton to promotion via the League One Play-Offs after finishing third in the table.

In the summer, Bowyer signed Baggies duo Sam Field and Jonathan Leko on season-long loans to help his team tackle the higher demands of the Championship.

Macauley Bonne arrived at The Valley in the summer, signing from Leyton Orient, where he averaged a goal every other game to fire in 23 goals in 46 games to help the O’s to secure promotion back to the EFL after a season in the National League.

The Zimbabwean international has netted four goals in his last five games for Lee Bowyer’s team.

The last time Albion faced Charlton was in a 1-1 draw at The Valley. Greg Halford put the Addicks ahead on the half-hour mark, but just before the interval Kevin Phillips levelled for the Baggies.

The away draw would kickstart an eight game unbeaten run for Tony Mowbray’s men as they marched on to win the 2007/08 Championship title, lifting the trophy at Loftus Road on the last day of the season.

• The Baggies remain undefeated at The Hawthorns in the Championship since February, a run stretching 13 matches - the club's third-longest in history.

• Albion’s goal tally of 24 makes them joint-highest scorers in the league, sharing the same total as Preston North End.

• Bilić’s team have lost just one of their 13 Championship fixtures this season, falling to their only league defeat against Leeds United at the beginning of the month.

• The Addicks have gone behind in five games this season, fighting back in one match to draw 2-2 against Barnsley, while losing the other four fixtures.

• In the league Bowyer’s team have won two, drawn two and lost two away from home this season.

Bilić’s men came from two goals down to draw against Barnsley on Tuesday night - a comeback Matheus Pereira was central to.

Firstly, the Baggies’ Brazilian playmaker took the corner which found its way into the Barnsley net for Albion’s first, before meeting a Conor Townsend cross with an impressive header to restore parity.

Check out Albion's second goal against Barnsley on Tuesday night.

And how about that delivery from @conortownsend93 to tee up the Brazilian?! 👏🏼#WBA pic.twitter.com/rKZqJTsTWJ

The referee for Saturday’s fixture will be Matthew Donohue, and he’ll be assisted by Robert Hyde and Timothy Wood - with Nik Barnard acting as the fourth official.

Matthew Donohue is yet to officiate an Albion game, having watched over his first Championship fixture in August. Since then, he has took charge of seven second-tier fixtures, and will make his Hawthorns debut on Saturday.

Tickets remain on general sale for the game and can be bought online, in person from the East Stand Ticket Office or by calling 0121 227 2227.

Comprehensive coverage of the clash with Charlton is available in our Match Centre, where you can listen to live commentary on WBA Radio or follow our live text feed.