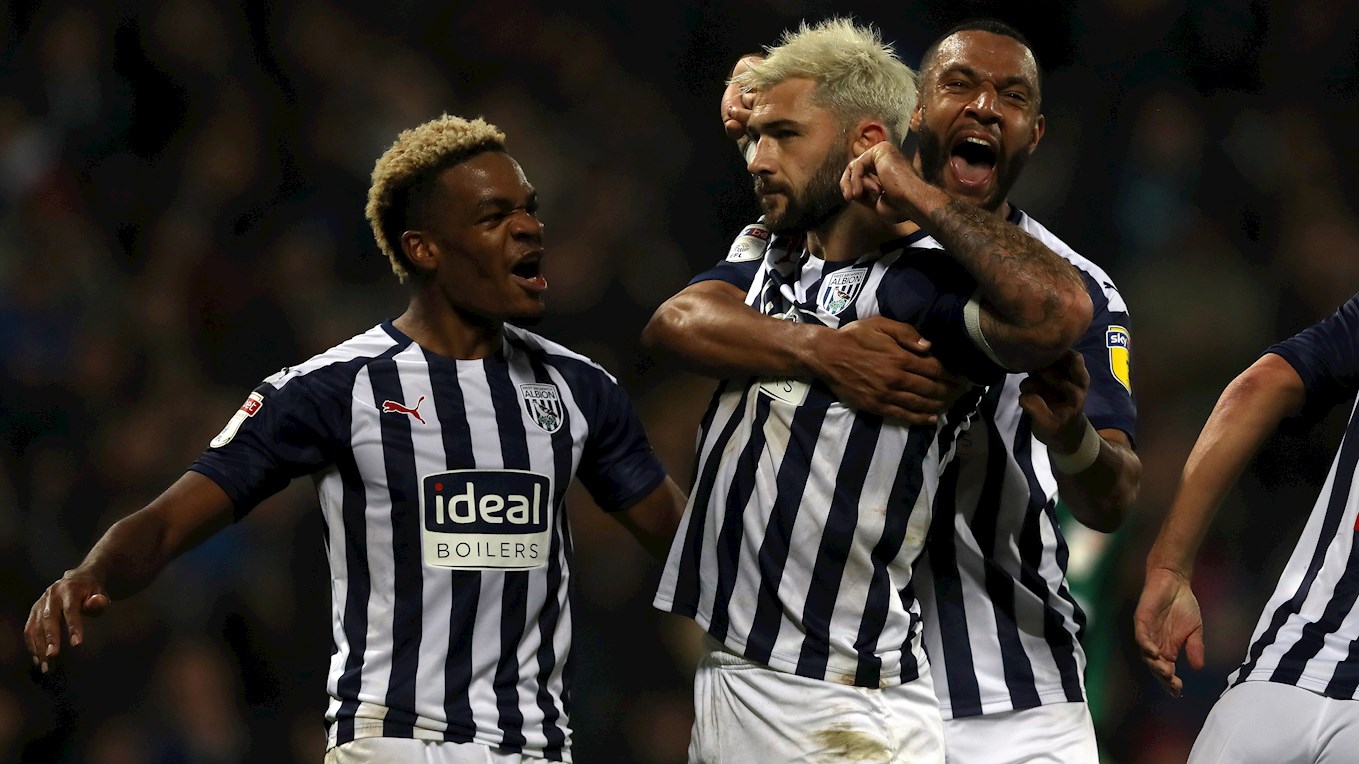 Slaven Bilić’s Baggies will search for a fourth consecutive Sky Bet Championship win when they take on Bristol City at The Hawthorns on Wednesday (ko 8pm).

On Saturday, Bristol City played out a 0-0 draw with Nottingham Forest.

Andreas Weimann saw a deflected pass bounce back off the post with the Robins’ best chance, before Forest’s Ryan Yates saw red for a tackle on Ádám Nagy.

However, the ten-men visitors went close through Lewis Grabban, before Rodri hooked a shot over the crossbar for the hosts late on.

Lee Johnson is the seventh-longest-serving manager in the top four tiers of English football.

After spells with Oldham Athletic and Barnsley, Johnson arrived at Bristol City amidst a Championship relegation battle in 2016.

The Robins boss managed to steer the club to an 18th-placed finish and since then his team have steadily improved, finishing 17th, 11th and then eighth last term.

Bristol City’s box-to-box midfielder Josh Brownhill became the youngest captain in the Sky Bet Championship when he was handed the armband at Ashton Gate in the summer - and has arguably been the Robins' player of the season so far.

Brownhill made his debut for Preston North End in 2013 and after time on loan at Barnsley in 2016 he made his move to join Lee Johnson’s side.

Since then the former Manchester United schoolboy has played more than 100 games for the Robins including match-winning goals against Charlton Athletic and Cardiff City in recent weeks.

The Baggies came out on top beating Bristol City 4-2 in a six-goal thriller the last time the Robins visited The Hawthorns.

The home side stormed into an early lead before the half-hour mark as Jay Rodriguez fired a double either side of a Dwight Gayle goal.

Lloyd Kelly clawed a goal back for Bristol City on the hour, but Harvey Barnes replied to restore Albion’s three-goal lead almost instantly. Famara Diedhiou netted shortly after for the visitors, but it proved to make little difference.

• The Baggies are unbeaten on home turf this season. Preston North End are the only other team undefeated at home.

• Albion are joint-top scorers in the Championship, firing in 31 goals - the same amount as Preston North End.

• Bilić’s team have lost just one of their 17 league games this season.

• The Robins have drawn eight league games this season, with Middlesbrough the only other Championship team to have drawn as many.

• Albion have scored four goals in each of the last three league games Bristol City have played at The Hawthorns.

Hal Robson-Kanu has netted four goals in six games for the Baggies.

After firing in three goals from off the bench against Middlesbrough, Charlton and Stoke, Slaven Bilić put his trust in Robson-Kanu by starting him against Hull City and then Sheffield Wednesday.

Hal scored his fourth of the season after ten minutes against the Owls with a low finish after latching on to a Matheus Pereira pass.

Smiles all round after the Sheffield Wednesday win.

Win together. Celebrate together.

The referee for Saturday’s fixture will be Geoff Eltringham, and he’ll be assisted by Sam Lewis and Adrian Waters - with Tim Robinson acting as the fourth official.

Eltringham has officiated one Albion game this season, overseeing the Baggies’ 2-0 win at Queens Park Rangers.

Comprehensive coverage of the clash with the Robins is available in our Match Centre, where you can listen to live commentary on WBA Radio or follow our live text feed.