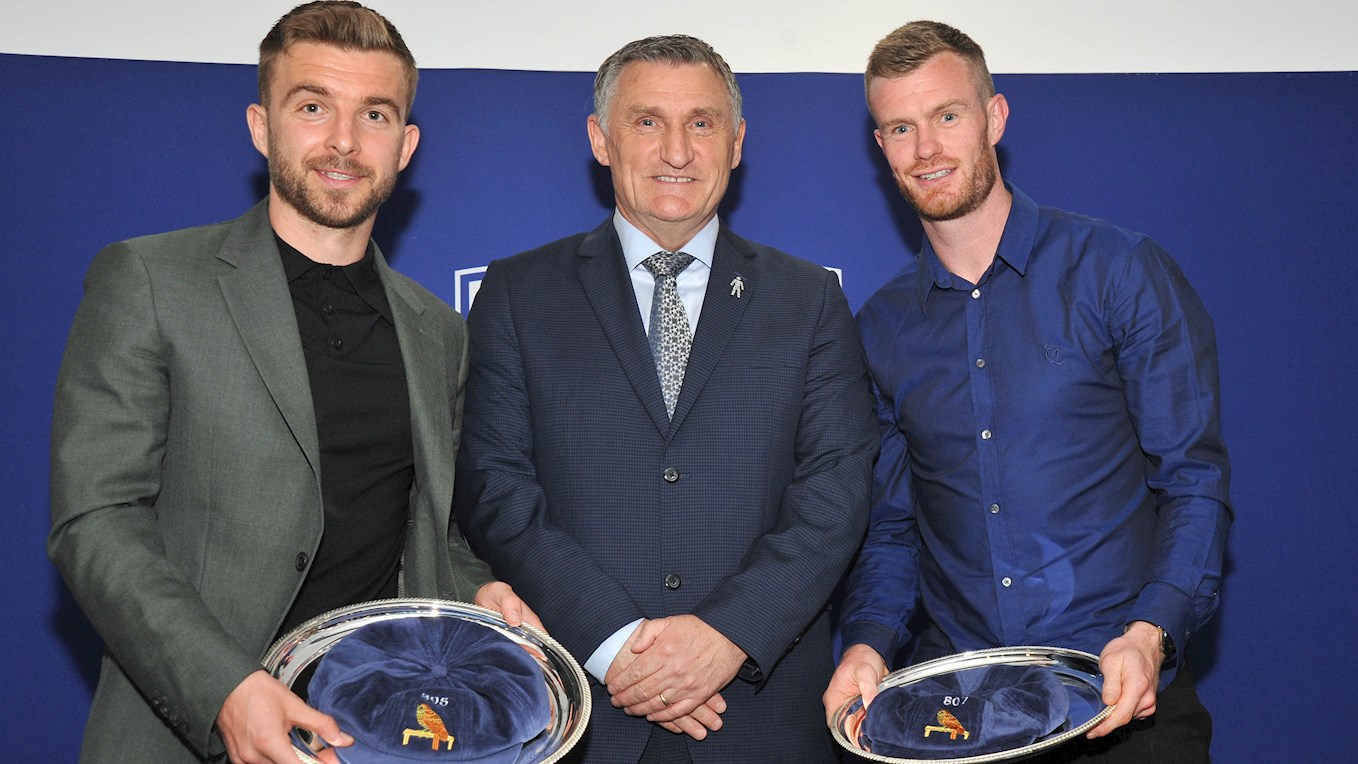 Chris Brunt and James Morrison today sent a message of thanks to fans who turned last night’s tribute event into a memorable Hawthorns special.

‘Brunty' and ‘Mozza' were the guests of honour at Albion’s Official Supporters Club’s annual dinner as the fans saluted their combined 24 years and near-750 appearances in the famous stripes.
It proved to be a fitting and emotional tribute to the pair who were presented with their first team caps - Nos 805 (Mozza) and 807 (Brunty) - by the man who signed them within days of each other back in the summer of 2007, Tony Mowbray.
Tony’s tribute to “two special players and people” was the highpoint of a memorable evening for which the star guests were anxious to offer their thanks today.
“We wanted to take this opportunity to say how much we appreciated and enjoyed the evening and how grateful we are to have been the subject of the tribute,” they said in a joint statement.
“As we both said on stage later, it was a bit overwhelming at times but very special and something we will not forget. To have our families there to share it with us made it all the more memorable.
"We have enjoyed great support from the Albion fans down the years and nothing would please us more than to be able to celebrate a successful Play Offs campaign with them later this month.
“Once again, our thanks to everyone.” Other highlights saw the duo become the first joint winners of the Jeff Astle Memorial Trophy which was presented to them after a moving speech by Laraine Astle. And at the players' request all funds raised from the evening were donated to The Albion Foundation.
Chris and James, who also received an inscribed silver salver from the Club in recognition of their “outstanding contribution” to Albion, were not the only award winners on the night. The Official Supporters Club also presented their annual Player of the Season award which saw our Egyptian international defender Ahmed Hegazi receive a standing ovation as he collected the trophy.