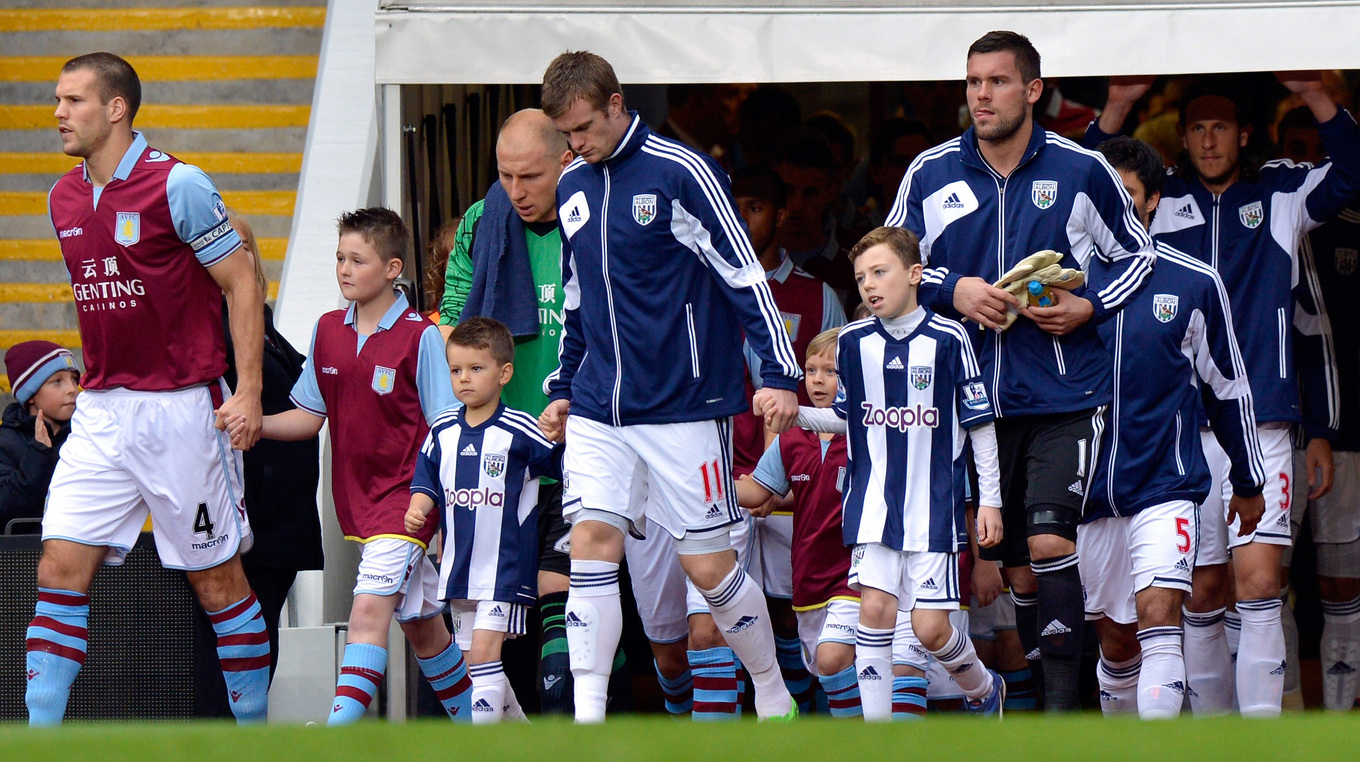 Chris Brunt has enjoyed some memorable moments against Aston Villa over the years.

WBA TV caught up with the Albion skipper earlier this week to discuss his favourite goals, assists and victories. The view from above

Brunty was nursing an injury when Villa rocked up at The Hawthorns towards the end of the 2010/11 season. Peter Odemwingie and Youssouf Mulumbu were on target as the Baggies recorded their first win over the Villans since 1985, sending the home crowd - which included Brunt and Steven Reid - wild with delight.

“It was a pretty important one,” the former Northern Ireland international remembers. “It pretty much secured our Premier League status I think. I was sat up in the Directors’ Box with Steven Reid watching it. The two of us were jumping on each other’s backs celebrating when the second went in. Paul Scharner was sent off so fair play to the lads, to dig in and get the result was some achievement.”

In their own backyard

This one didn’t start well for the Baggies with Darren Bent firing the hosts in front from the penalty spot on 23 minutes. But following the bizarre sending off of Villa’s Chris Herd Roy Hodgson’s men had the upper hand. Brunty might have missed the resulting spot-kick but his delivery for Jonas Olsson and Paul Scharner’s goals more than made up for it with Albion claiming their first win at Villa Park in a generation.

“I missed a penalty in that game so I’m glad you haven’t put that up,” Chris quipped. “We’ve always been dangerous from set-pieces. I think if Jonas hadn’t headed that in, G (McAuley) was probably going to head it behind him. It was the first time I’d ever won there. It’s a great stadium and it’s always great to beat your local rivals.” Paul Lambert’s Villa side took a 2-0 advantage into the interval at The Hawthorns, courtesy of goals from Christian Benteke and Gabriel Agbonlahor. Steve Clarke had stern words for his side at half-time and it was his captain who led the comeback, firing in a left-foot arrow from the edge of the area.

“We were horrendous in the first half and Steve Clarke had a right pop at us at half-time,” Brunt reveals. “To be fair we came out in the second half and were much better. I hit it well for my goal, and it wasn’t like Rom to pass it to be fair, I wasn’t expecting it. It’s always nice to score a goal, especially against them. It was a game of two halves and Ben Foster made an unbelievable save just before half-time to keep us in it.”

‘He made it easy for you’

Now, people will always pile praise on Shane Long for his touch and finish to open the scoring in this Monday Night Football extravaganza - but let’s take a minute to talk about the pass. Brunt picks up the ball well inside his own half before launching a sublime 65-yard pass beyond Villa’s backline and onto the right foot of Long, who is rightly remembered for what followed.

“It was a bit of a reversal from the game the year before,” says Brunty. “We were 2-0 up at half-time and cruising and they came back afterwards in the second half. Longy always made those sorts of runs and he made it easy for you to try to pick him out. It was a great finish on his left foot.”

A belter at Villa Park

This fixture has produced its fair share of goals over the years but has there been one more spectacular than Brunt’s 30-yard volley at Villa Park? Pepe Mel’s side were eventually undone by their hosts - despite going into an early two-goal lead - but it’s impossible to preview this game without speaking about ‘that’ goal.

“It just sat up nicely. It was so early in the game I probably caught Brad Guzan out a little bit. I hit it really well and it was a great pass from Ridgy. It took a nice little touch off my belly and once it flipped up it was lovely.” Last time at The Hawthorns

A preview of what’s ahead in the Play-Offs? The Baggies and the Villans fought tooth and nail at The Hawthorns earlier this season. Anwar El Ghazi twice gave the visitors the lead, but Villa were pegged back firstly by a superb counter-attack finished off by Dwight Gayle, and dramatically in the final minute, when Jay Rodriguez equalised.

“I don’t remember a game where either team dominated, it’s always been pretty tight. This game was no different. I didn’t massively mean to pass it to Matt Phillips and we got away with one there, it’s handball. It was a close game.”