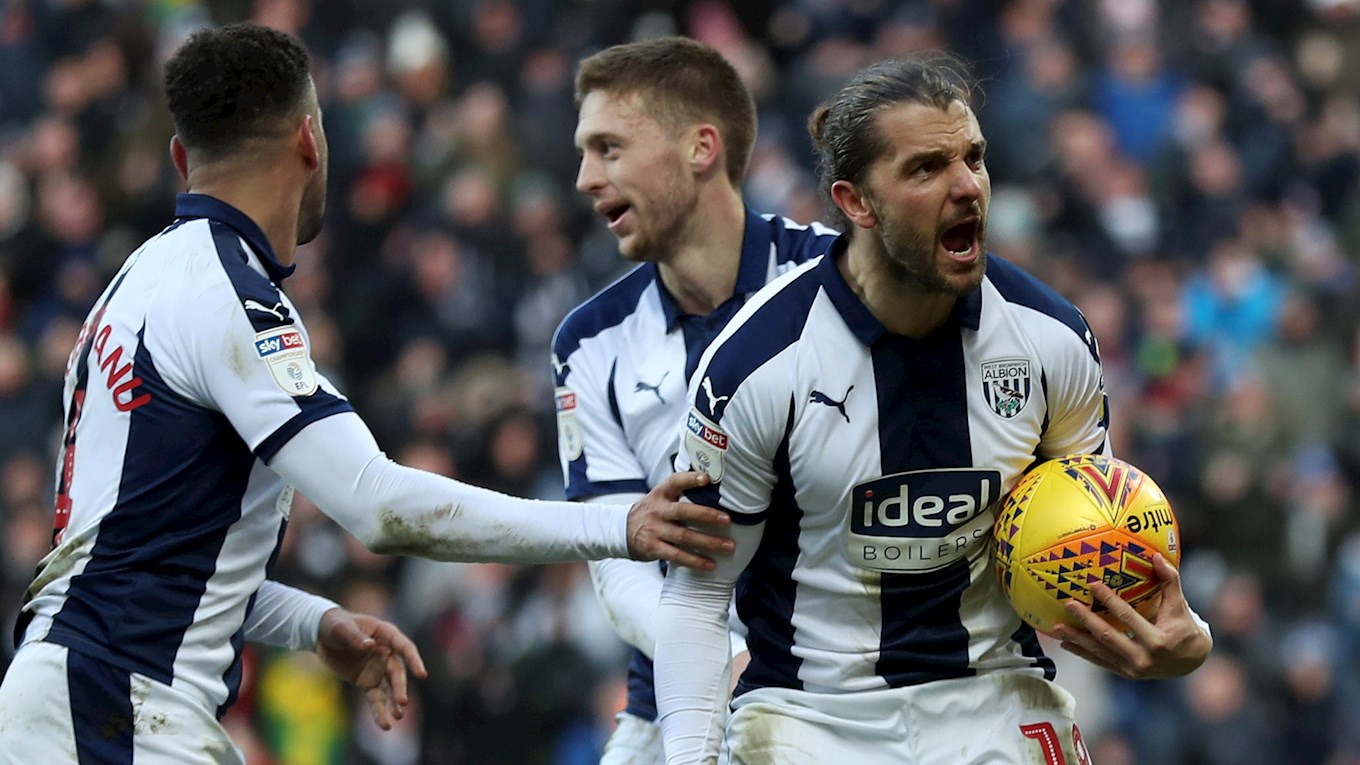 Albion will go toe-to-toe with Aston Villa once more at The Hawthorns in the Play-Off semi-final second leg on Tuesday night (ko 8pm).

Villa lead the Play-Off semi-final tie after beating Albion 2-1 on Saturday. Conor Hourihane and Tammy Abraham were on target for the Villans as they fought back from a goal behind with Dwight Gayle putting the Baggies ahead early on.

Aston Villa finished their league campaign in 5th place, four points and one league position behind the Baggies.

Dean Smith took over as Villa’s manager from Steve Bruce in October. Smith had previously been at Brentford. Their top goalscorer is Tammy Abraham, who has bagged 26 league goals this season.

In December, a last-gasp equaliser from Jay Rodriguez earned the Baggies a late point in a 2-2 draw. Anwar El Ghazi had twice put Villa ahead, with Dwight Gayle scoring an excellent leveller for Albion when they were one behind.

When the Baggies met the Villans for a second time this term, Albion secured a 2-0 win at Villa Park. Hal Robson-Kanu headed the Baggies into the lead, before Rodriguez doubled Albion’s advantage four minutes later with a strike from 20 yards.

Gayle fired the Baggies in front, but two goals in quick successsion from Hourihane and Abraham snatched a narrow 2-1 win for Villa, meaning the outcome of the Play-Off semi-final will be decided at The Hawthorns on Tuesday. • Albion scored the most league goals at home of all the Championship clubs, netting 53 times in front of the crowd at The Hawthorns.

• Under Jimmy Shan, Albion have won all of their last five home games.

• The Baggies need to score to level the tie - and Albion have scored 15 goals in their last five home games, and have conceded just six.

• Villa haven’t won at The Hawthorns in their last seven attempts.

• The Villains have scored just four goals against Albion in their last six meetings.

Of the 170 matches that have been played, the Baggies have won 55 times, there have been 37 draws and Villa have won on 78 occasions.

The referee for Saturday's match is Christopher Kavanagh, and he'll be assisted by Dan Cook and Sian Massey-Ellis - with Lee Mason as the fourth official.

Kavanagh hasn’t refereed in a game involving Albion or Villa so far this season. In the 31 games he has overseen, he has dished out 100 yellow cards and two red cards.

The Hawthorns is sold out for Tuesday night’s fixture.

Thank you, as always, for your superb support.

WBA Radio is the only service that allows Baggies fans around the world - from Smethwick to the Sahara - access to uninterrupted live commentaries from every one of our competitive games. iFollow subscribers can join Gez Mulholland, former Albion player Andy Johnson for Baggies-biased live commentary on Saturday.