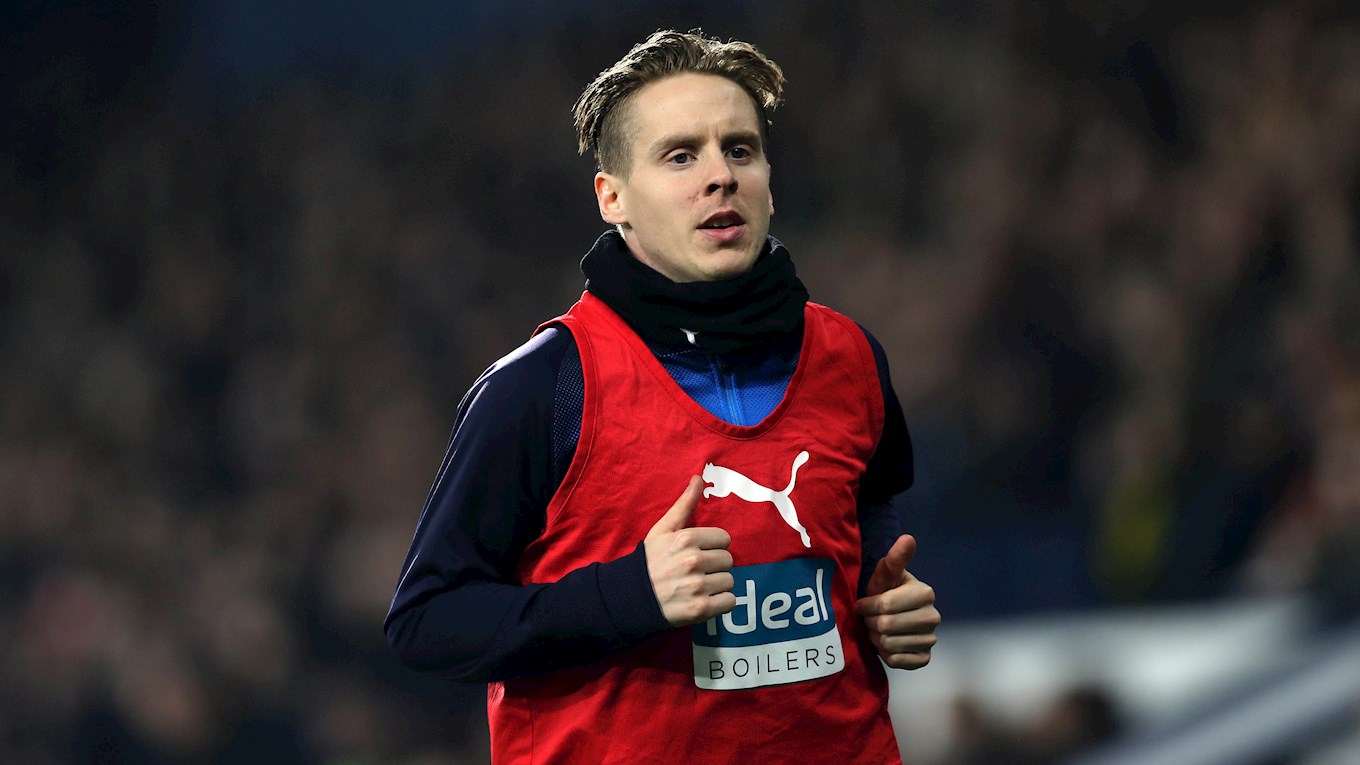 Darren Moore says the intensity of this week’s training has been invaluable to a trio of midfielders vying for a starting berth against Ipswich Town.

James Morrison is in the running for a start after his appearance from the bench at Leeds, while Stefan Johansen, who missed last Friday’s trip to Elland Road with illness, joins Chris Brunt on the list of possible returnees.

The Baggies have had a clear run at Saturday’s game against Ipswich and the gaffer says the absence of a midweek fixture has allowed training to reach a high level.

“We’ve got good volume of training back into Chris Brunt and James Morrison,” said Moore.

“They’re back in which increases the numbers again and it’s really pleasing with a three-game week coming up.

“To have one or two bodies back and fit is great. Stefan Johansen last week was ill, he’s back in the fray.

“They add bodies and options. This week has given one or two, who were carrying knocks or feeling ill, a solid week of training so that’s been pleasing and very welcome.

“I always leave it to the last minute to give everyone the option to play before naming the squad.”