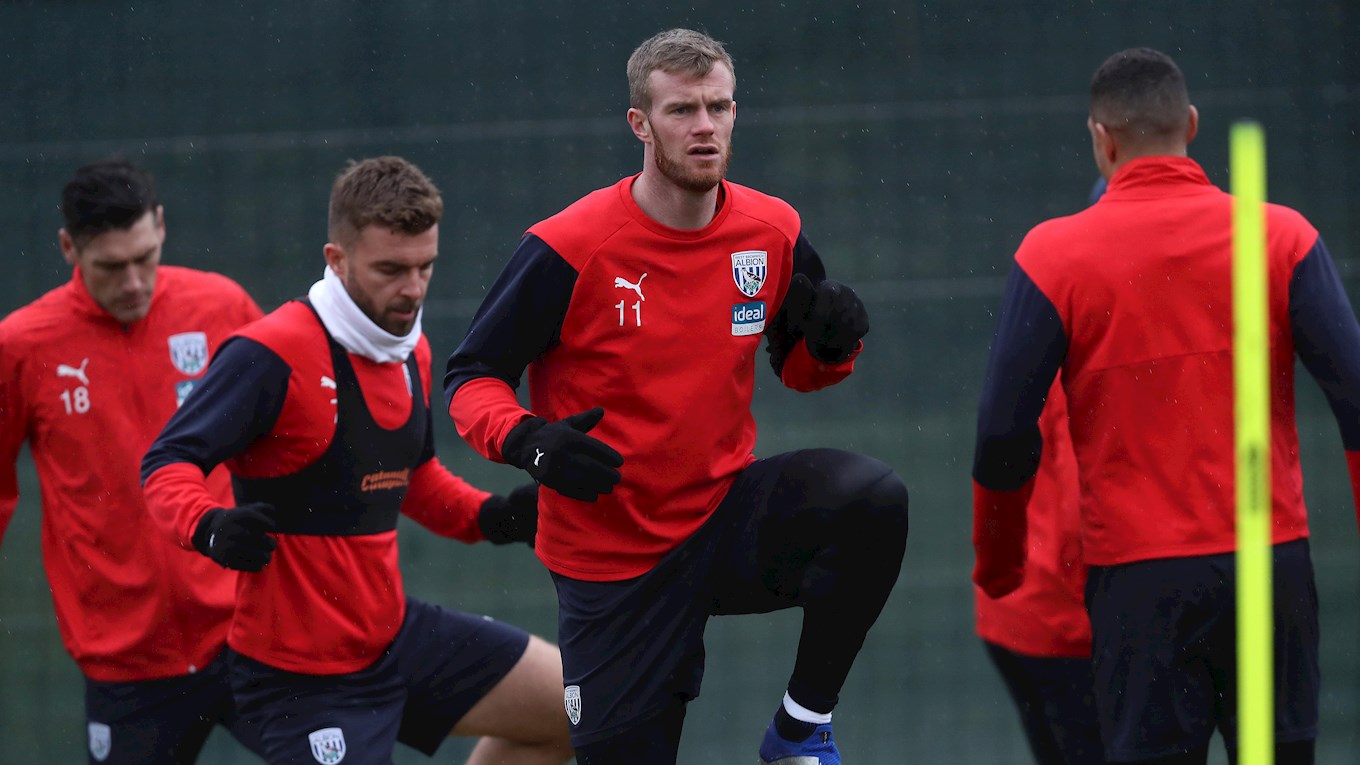 Chris Brunt insists everyone at Albion will unite behind James Shan as he prepares the team for a Sky Bet Championship clash with Swansea City.

And the Club captain is confident Shan has what it takes to oversee proceedings at The Hawthorns on Wednesday night (ko 8pm).

“Everyone knows Jimmy really well, he’s been about the Club a long time and he has been around the first team ever since the back end of last season. The lads will just get on with it and do their best to get a result on Wednesday night and help Jimmy in whatever way he needs. He’s a good coach and I don’t think anyone is worried that he can’t step up.

“He’s been here a long time, he’s a good coach and he speaks very well. I think everybody will just get on with it and hopefully go out and get him a result on Wednesday night. I think he’d probably admit he’s not expecting to be in charge for too long, so it’s important for us to give him the best spell in charge that we can.

The former Northern Ireland international, who has been with the Baggies since 2007, thanked Darren Moore for his contribution over the last 12 months.

“It’s never nice to see anybody lose their job in any walk of life, but the job Darren did last season especially, taking over and steadying the ship.

“For the majority of last season it was a bit shambolic to be honest and he did really well taking over at the back end of the season and he deserved his chance at the job.

“Since the turn of the year our home form hasn’t been great and at the end of the day, the people in charge are paid to make decisions for the best interests of the football club and hopefully in the long run it will be the right one.

“It’s down to us to make sure we put performances on the pitch and get the results. We can only thank Darren and the staff for their efforts and commitment over the last year or so, because especially at the back end of last season, he had a massive effect on everybody.

“It’s probably the best thing that could happen, that there’s a game quickly. It shifts your focus, you’re not sitting around talking about things, what could have been, during the week. You need to focus on Swansea at home on Wednesday night.”