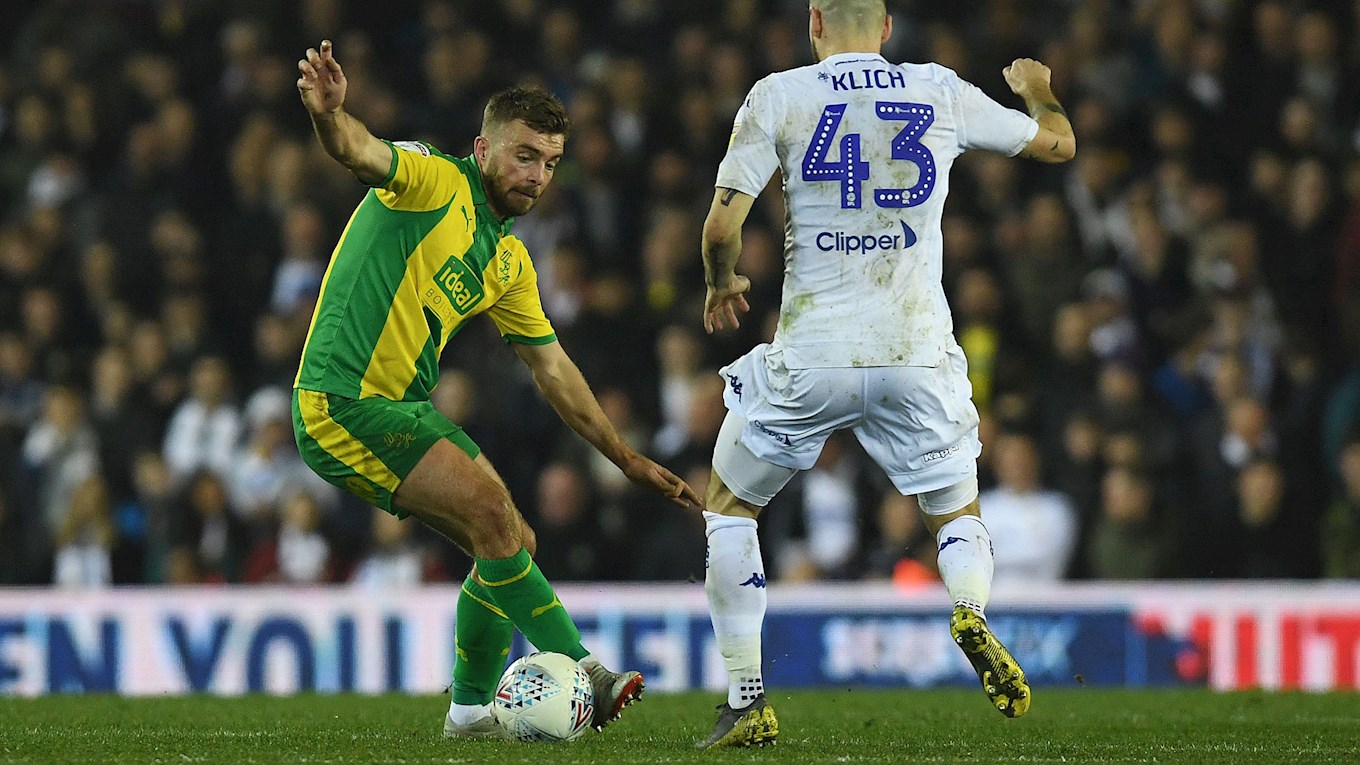 James Morrison says Albion must focus on their own fixtures as the Sky Bet Championship promotion race turns for the home straight.

The experienced midfielder, who has twice won promotion with the Baggies, returned to the fold as a substitute in Friday’s defeat at Leeds United.

The Baggies remain fourth in the table following the trip to Elland Road but are now seven points shy of an automatic berth.

‘Mozza’ admits there could be many twists and turns before the season is out - reflecting on Albion’s late charge for promotion in the 2009/10 campaign.

“That was some run and that’s what we need to do now,” said the Club’s longest-serving player.

“One of our disappointments this season has been that we haven’t gone on a big run of games. I think we’ve only done it once where we went nine games unbeaten.

“That’s our target now, to put an unbeaten run together. The last time we went on a bit of a bad run we followed it up over Christmas and put a run together.

“Everyone connected with the club needs to buy into what we’re trying to do. We need to be together as one and look forward to the challenge ahead.” The Baggies went 12 games unbeaten, winning eight, when Roberto Di Matteo’s men returned to the Premier League at the first time of asking.

Albion were third in early March 2010 but a late surge saw the Club leapfrog Nottingham Forest into the top two.

And James says Darren Moore’s men can only focus on their own run-in.

“All we can do now is concentrate on ourselves and realistically, to have a chance at the top two, we will have to win a lot of our games. That’s what we’ll try to do. We need to put a run together.

“We need to be in good form going into the end of the season.”

The Scotland international insists Albion must rectify their home form, beginning with The Hawthorns clash with Ipswich Town on Saturday (ko 3pm).

“This is a great time for us to sort out our home form coming off the disappointment of Friday night. It was a heavy defeat and this is a chance for us to make amends in front of our home fans and give them something to shout about.”