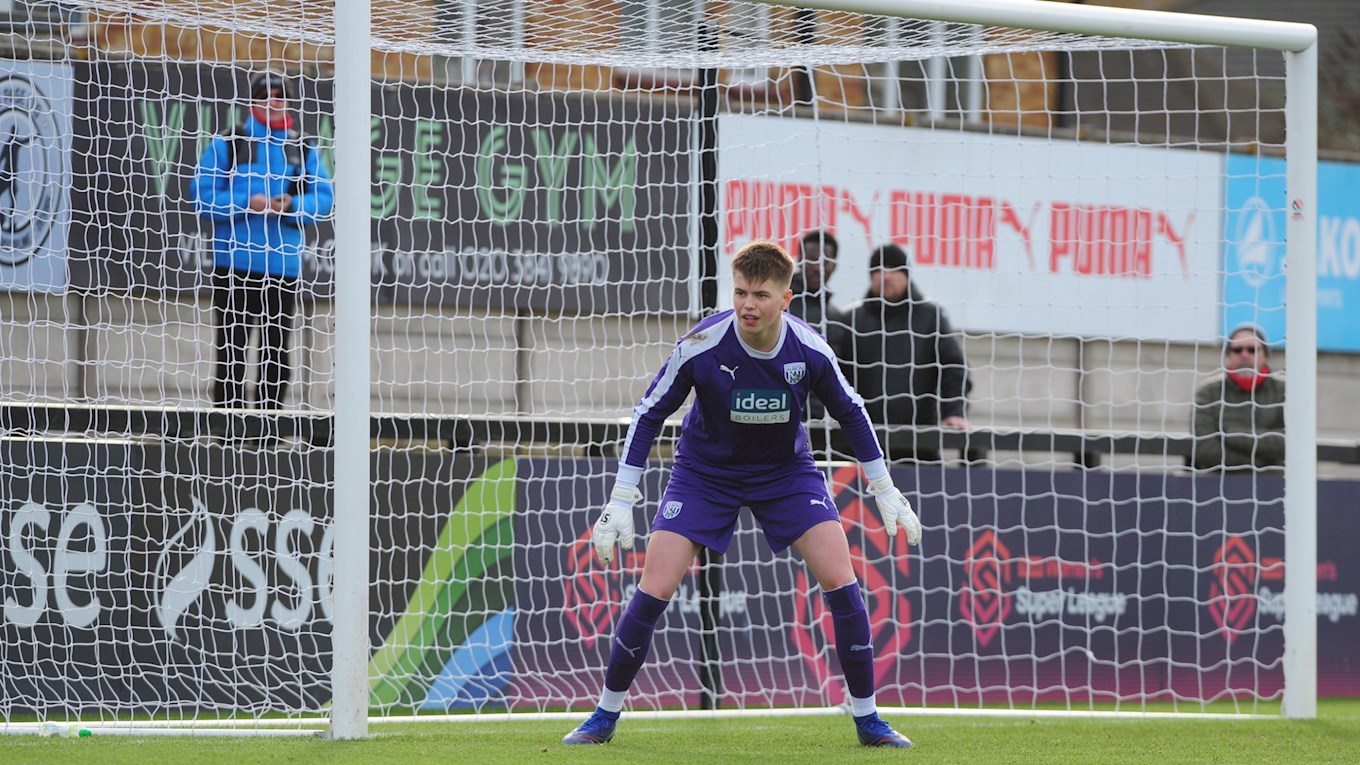 Albion ‘keeper Josh Griffiths has been selected to play for England Under-18s for their upcoming three international friendlies.

Albion's latest England star could feature for the young Lions when they take on Japan, Czech Republic and Mexico, from Wednesday, March 20 to Sunday, March 24.

The 17-year-old shot-stopper has been with the Baggies since the age of 10, building a good relationship Mark Naylor, Albion's Professional Phase Development coach, who speaks highly of Josh.

"It's a fantastic achievement for him. It's the pinnacle of anybody's career I think to play for your national team at any level.

"He's a really humble boy. He's a good person which is what we want to promote in the Academy.

"He is six foot four and continues to grow. He is very proactive in possession of the ball, he is a comfortable manager of the ball and he has got the ability to make big saves during big games as the FA Youth Cup has shown this season, and he is now amongst the long line of products that we have had come through the Academy and go and play for England.

"Our hopes for him are to keep progressing him through the Academy and then hopefully into the first team. Our ambition as a department and as an Academy is to get as many homegrown players into our first team as we can.

"Goalkeepers take a lot longer to produce than outfield players as the average age is around 23 or 24 for a first team debut, so we have to try and give them a bit more longevity to their time here and be patient with their development.

"I've spoke with Josh this morning and this is just another experience on his journey. He has been on a great journey this year with us because he has come in as a first-year, played in the FA Youth Cup, trained with the first-team and is now going away with England. These are all experiences that we hope at some point will help him play for Albion's first-team.

"We've got four goalkeepers at other clubs playing professionally, we have had seven England youth internationals and we have had two Premier League debuts. The goalkeeping department is something we are all proud of in the Academy."