FA Youth Cup: The run to the semi-finals 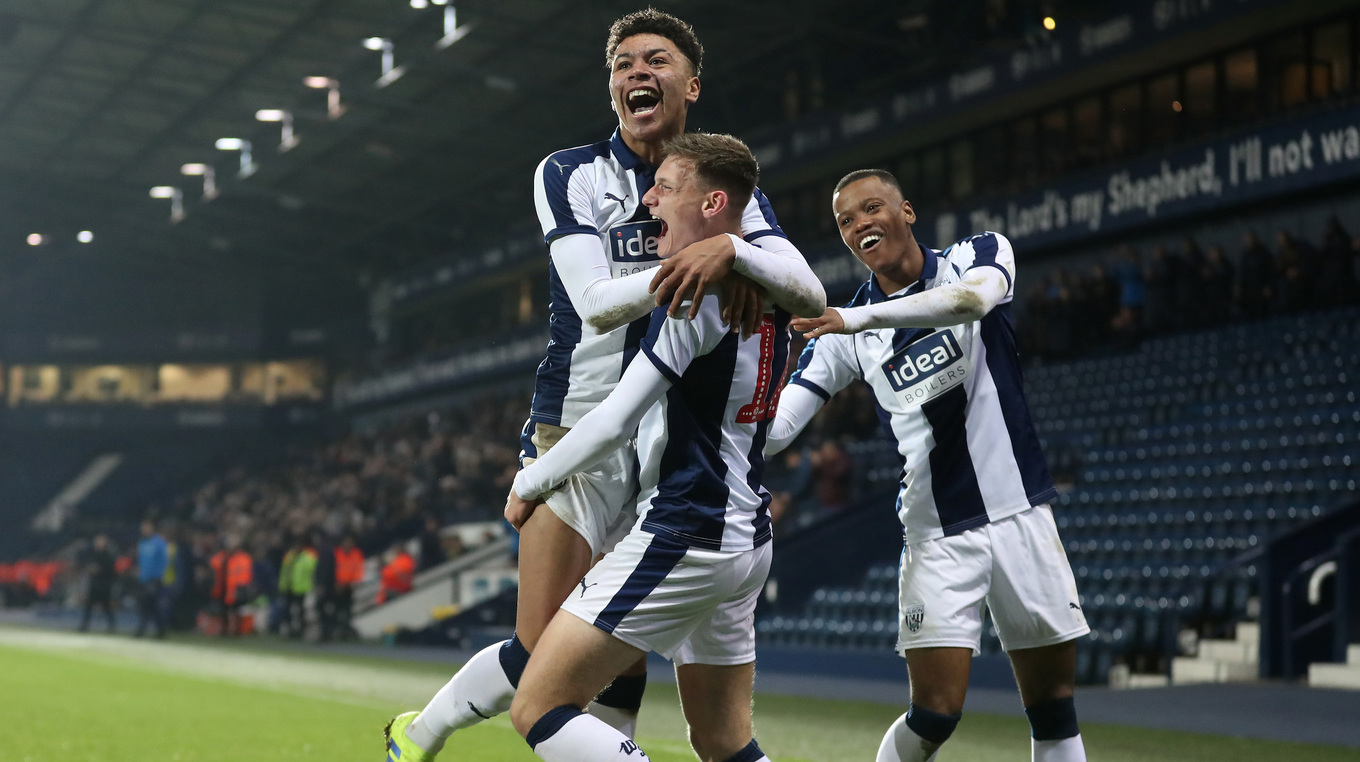 A look back on Albion Under-18s’ record-breaking run to the FA Youth Cup semi-finals ahead of Monday night’s game at Manchester City.

Mike Scott’s side comfortably saw off Lincoln City 5-1 at home just before Christmas in their first of four wins en route to the semi-finals.

Jamie Soule’s brace either side of a Finn Azaz finish had the young Baggies three goals ahead before Jordan Adebayo-Smith pulled one back for Lincoln.

Albion dismissed any chance of an Imps comeback late on, though, with Morgan Rogers and Azaz netting to round off an impressive scoreline.

A place in the last-16 was earned with another storming 5-1 Hawthorns triumph, this time over QPR back in January.

Soule again notched two - either side of Rayhaan Tulloch’s penalty - to ensure Albion went into half-time with a three-goal lead.

Tulloch then grabbed his second just after the break and, despite Oluwabunmi Babajide’s consolation strike, another impressive win was secured thanks to Rogers’ long-ranger.

The fifth-round offered Albion their toughest test yet - a trip to Boreham Wood with Premier League South high-flyers Arsenal standing in the way of a quarter-final spot.

The dream start was achieved when Soule slipped a low effort into the bottom corner, but the Gunners pulled themselves level just after the half-hour mark through Bukayo Saka.

As the tie went into its final 20 minutes a superb attacking move involving Rogers and Soule saw Azaz fire a powerful shot past Arsenal goalkeeper Arthur Okonkwo. The young Baggies, helped by a couple of brilliant Josh Griffiths saves, managed to hold on despite waves of pressure from the home team - sparking great celebrations in north London.

Albion twice came from behind in a seven-goal thriller against Everton at The Hawthorns to put them within just two more victories of lifting English football’s most famous and prestigious youth competition.

Bobby Carroll and Korede Adedoyin had put the Toffees in an early commanding position. However, goals from Tulloch and Tom Solanke hauled the home side back in it.

Ellis Simms restored Everton’s lead against the run of play shortly after, but going behind again seemed to push the Baggies on even further as Rogers equalised ahead of Taylor Gardner-Hickman’s stunning late curler in front of the Birmingham Road End to hand Albion a remarkable 4-3 win.

Albion’s opponents began their run to the last-four with a 4-0 win at Clevedon Town in the third-round of the competition.

A 4-1 fourth-round victory at home to Nottingham Forest was then followed by narrowly overcoming Derby County to seal a place in the quarter-finals.

They again scored four, for the third time during their run, as they triumphed 4-1 away at Bournemouth to set up a winner-takes-all semi-final against the Baggies at their Academy Stadium on Monday night.