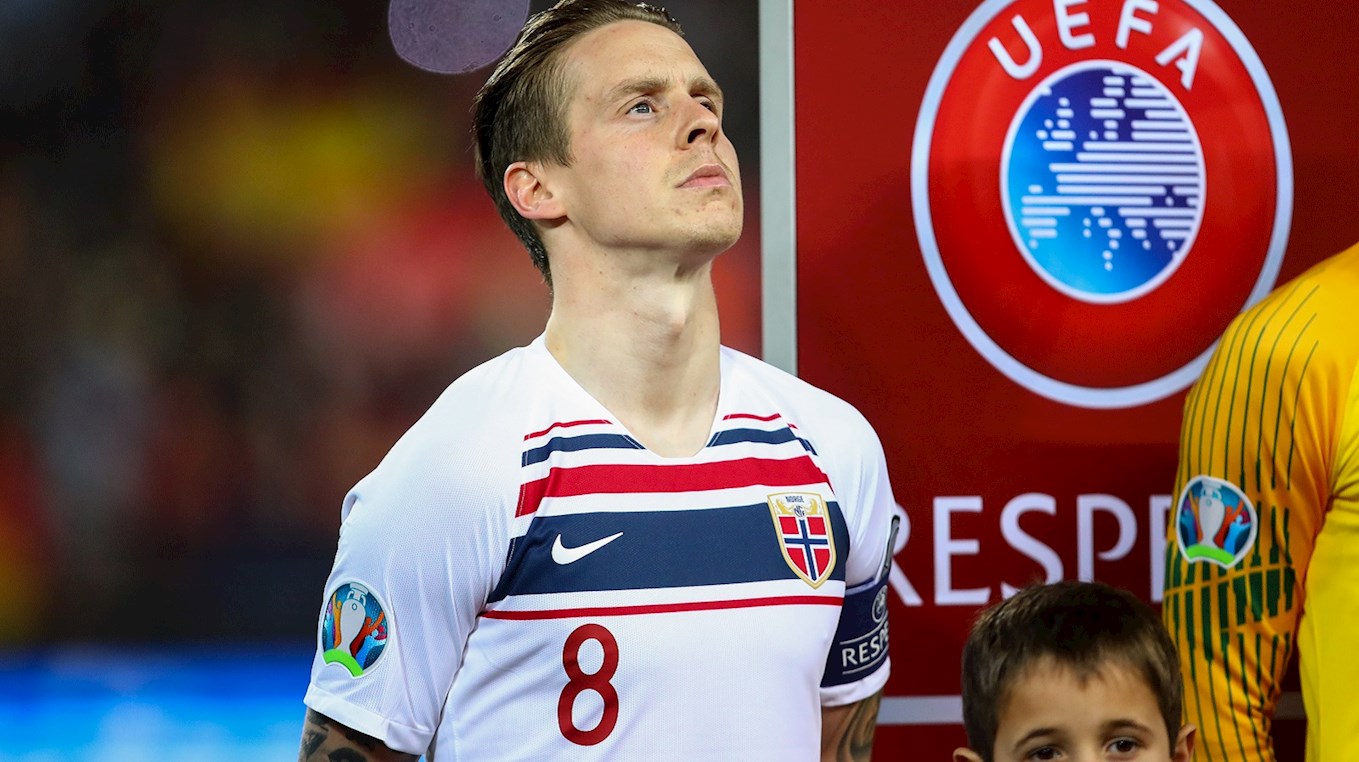 Stefan Johansen was in EURO 2020 qualifying action on Saturday night.

The midfielder captained Norway who fell to a narrow 2-1 defeat in Spain at Valencia’s Mestalla Stadium.

Johansen completed 77 minutes before being replaced by Ola Kamara.

The 2010 world champions took the lead early on through Rodrigo but Josh King equalised from the spot midway through the second half.

However, Johansen’s side were unable to hold on to what would’ve been an excellent point in their opening qualifier. Real Madrid defender Sergio Ramos dinked home a penalty 19 minutes from time to give the hosts all three points.

Next up for Stefan and Norway is a clash with Sweden in Oslo on Tuesday (ko 7.45pm).