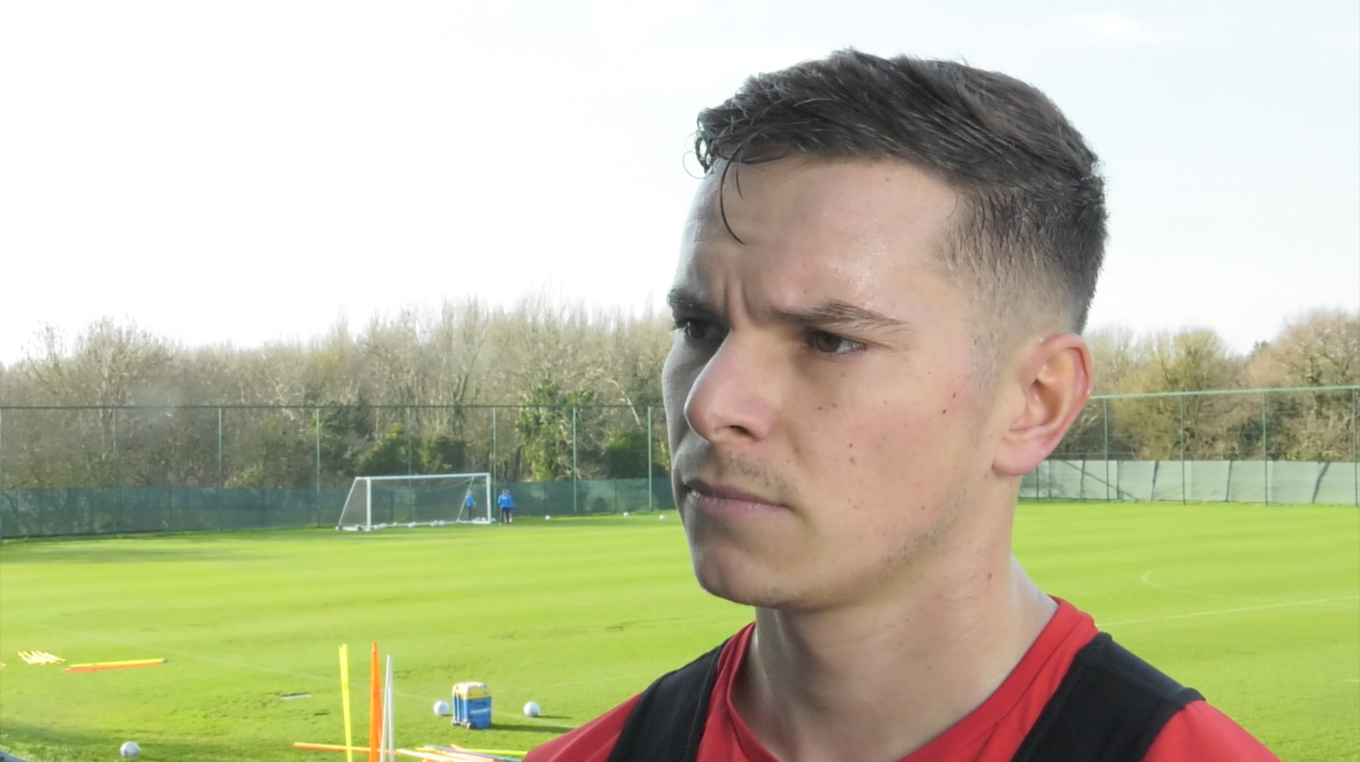 Conor Townsend hopes the last two games have shown the hard work he has put into his first year with the Baggies.

Signed from League One Scunthorpe in the summer, Conor acknowledges that understudying Kieran Gibbs in a Championship promotion-chasing campaign has been “a big step up.”

But featuring in back-to-back wins over Swansea and Brentford have given him the biggest markers yet as to his development at left back.

Conor has now made 13 first team appearances and will be waiting to see if he gets the ‘nod’ again in the derby against Birmingham City a week on Friday.

“I think with playing a couple of games on the spin I’m getting better and better,” says the 26-year-old who started out at Hull before catching Albion’s eye with his form at Scunthorpe.

“It’s always tough coming out of the team, then in for the Cup games and then you’re back out. I’m just doing the best I can and trying to do my bit to keep this run going.

“I think from where I’ve been it’s a big step up. But I’ve genuinely enjoyed the first year even though I haven’t played as much as I would have liked.

“I’ve still learned and I’m still trying to improve - hopefully the last couple of games have started to show that. People can see the hard work that’s gone into the year.

“The goal here is to get promoted whether I’m playing or not and, as a team, I’d rather see us getting promoted more than anything. I’d love to help as much as I can.”

Townsend’s latest first-team opportunity has co-incided with Jimmy Shan’s own “step-up” to the role of acting Head Coach.

It has been a good fit for Conor, who has found Shan very supportive as he has settled into life at The Hawthorns.

He added: “I think it’s always tough when a manager leaves somewhere but I think we’ve reacted pretty well. To get two good wins off the back of it has been good for everyone’s morale around the place.

“We know Jimmy, he’s been around the place all year and the young lads know him from years gone by. Everyone’s enjoyed it, everyone’s took to his training and got on with it. Hopefully we’ve repaid him with the performances in the last couple of games.

“We’ve worked with him all year. He’s a brilliant guy always there to help throughout the season. Even when personally I haven’t been playing he’s always been there to talk about anything. I’m delighted he’s got the chance and we hope that we can repay him.”