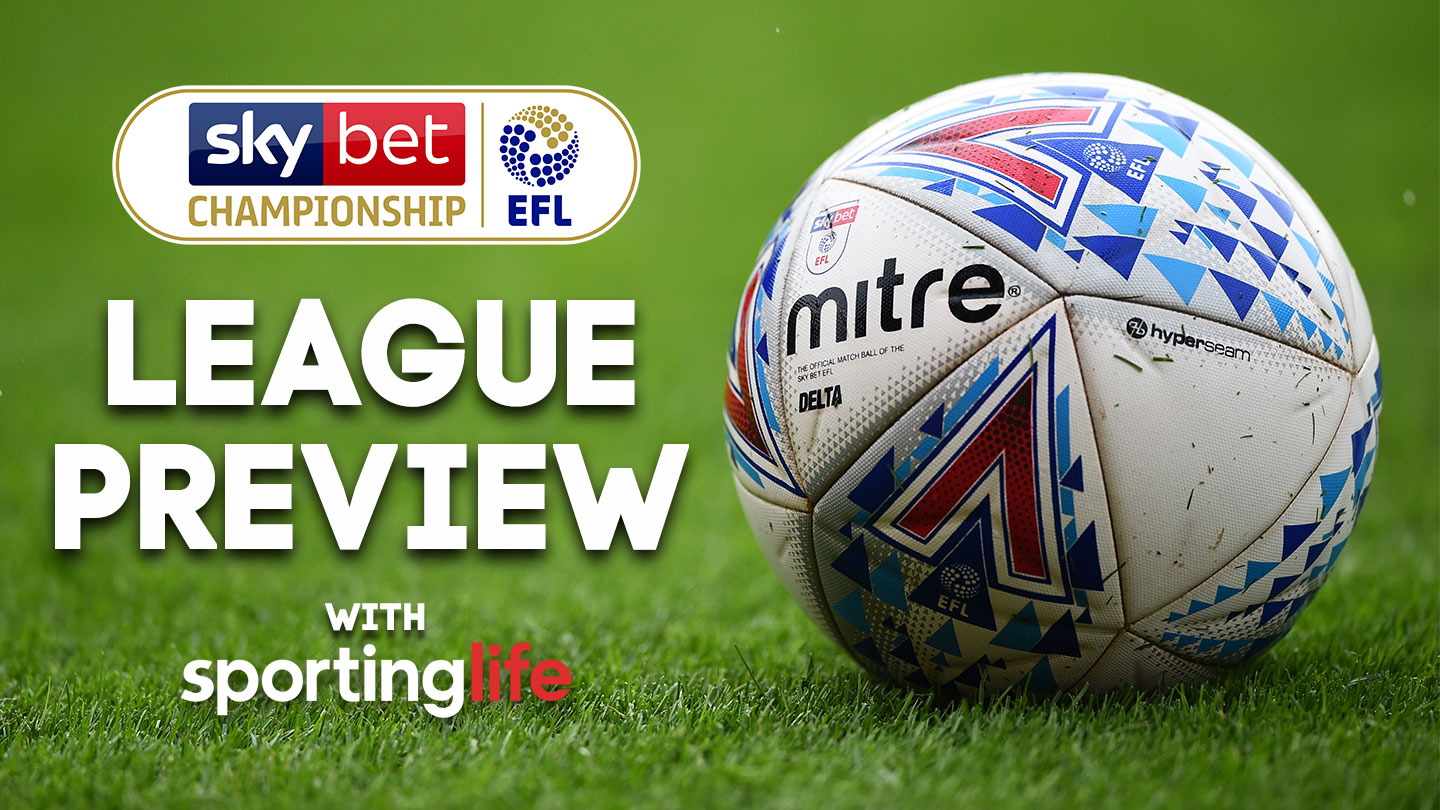 It’s set to be another exciting weekend in the Sky Bet Championship. Sporting Life’s Tom Carnduff previews the upcoming action.

The front runners for the title are all playing at separate times this weekend, with Norwich having the opportunity to put the pressure on the teams below as they face Swansea on Friday night.

Daniel Farke’s side continue to go from strength-to-strength and are showing no signs of slipping up at a vital part of the season. The Canaries have lost just one of their last nine, scoring at least three goals in their last six games.

Swansea will prove to be a tough opponent though despite their struggle for consistency. They’ve shown at various points that they are a good team who can secure positive results.

At midday on Saturday, it’s the turn of Sheffield United as they take on Rotherham in a South Yorkshire derby.

We have two teams here at opposite ends of the table, but as this division continues to show us, the standings are often irrelevant heading into games, particularly at this point in the season.

A 0-0 draw in the Sheffield derby extended their unbeaten run to seven. That said, Rotherham have picked up points in their last six outings – five of which have been draws.

Then, in the more traditional 3pm slot, Leeds travel to fellow promotion hopefuls Bristol City – who are experiencing a bit of dip in form.

Despite that, they can take inspiration from their lengthy winning run before that. The Robins winning nine in all competitions before defeat to Premier League side Wolves in the FA Cup.

Leeds responded from a loss to QPR with a remarkable 4-0 victory over automatic promotion rivals West Brom though. Pablo Hernandez’s goal after just 17 seconds setting the tone for that one.

You can read more about the exciting title race in the Championship by heading here.

Darren Moore wasn’t panicking about that result, knowing full well that defeats happen to every team in this division.

This week gives the Baggies a home tie against relegation-threatened Ipswich. Performances have started to pick up under Paul Lambert, but wins are still hard to come-by.

They have drawn three of their last four, experiencing mixed fortunes along the way when it comes to the 90th minute.

Middlesbrough will be hoping that Ipswich do grab that victory as they host a Brentford side who have seen a recent upturn in form.

The Bees have the second-best home form in the division, although they haven’t been able to match that away from home.

Boro did struggle in front of their own supporters previously. However, a run of four games without defeat highlights that it is improving.

Arguably the highlight of the weekend comes on Sunday as the Second City derby takes centre stage when Birmingham host Aston Villa.

Villa ran out 4-2 winners the last time that these two met, with Alan Hutton’s goal catching the eye, although Birmingham will be hoping that victory can help in their quest for the play-offs.

The other midday kick-off is another local derby as Blackburn take on Preston on Ewood Park. Both sides sit in mid-table, although the visitors will hold aspirations of the top-six.

North End are now unbeaten in their last nine, five of which have been victories. That has pushed them well clear of the relegation zone, now just a couple of wins away from the play-offs.

There’s a huge game in and around that drop zone as Bolton welcome Millwall to the University of Bolton Stadium.

Both have lost their last three and will be eager for victory. A win for Bolton could move them to within four points of safety, while Millwall could move four points clear.

Sheffield Wednesday will be hoping they can continue their good form under Steve Bruce as they go to Derby.

The Rams ended their four-game losing run in all competitions with a win over Wigan in midweek, while’s Wednesday’s draw against the Blades made it seven unbeaten.

Three points could move Derby back into the play-off places, while Wednesday will be hopeful that they could move to within three points of the top-six with a win.

Two sides also in the play-off hunt are Nottingham Forest and Hull, with both sitting on 50 points. They meet at the City Ground on Saturday.

Martin O’Neill’s side have won their last three in front of their own supporters, while Hull have also relied on a strong home showing to help them get to their current position.

Elsewhere, QPR suffered defeat in their derby clash with Brentford last time out, and they host a Stoke side who sit just two points above them in the standings.

The R’s have lost six of their last seven in all competitions, although their win came against high-flying Leeds, while Stoke are now on a run of four games without defeat.

Another big game at the bottom sees Reading host Wigan, with both sides looking to move away from the relegation places.

The Royals have earned eight points from a last possible 12 at home, while Wigan have drawn four of their last five.