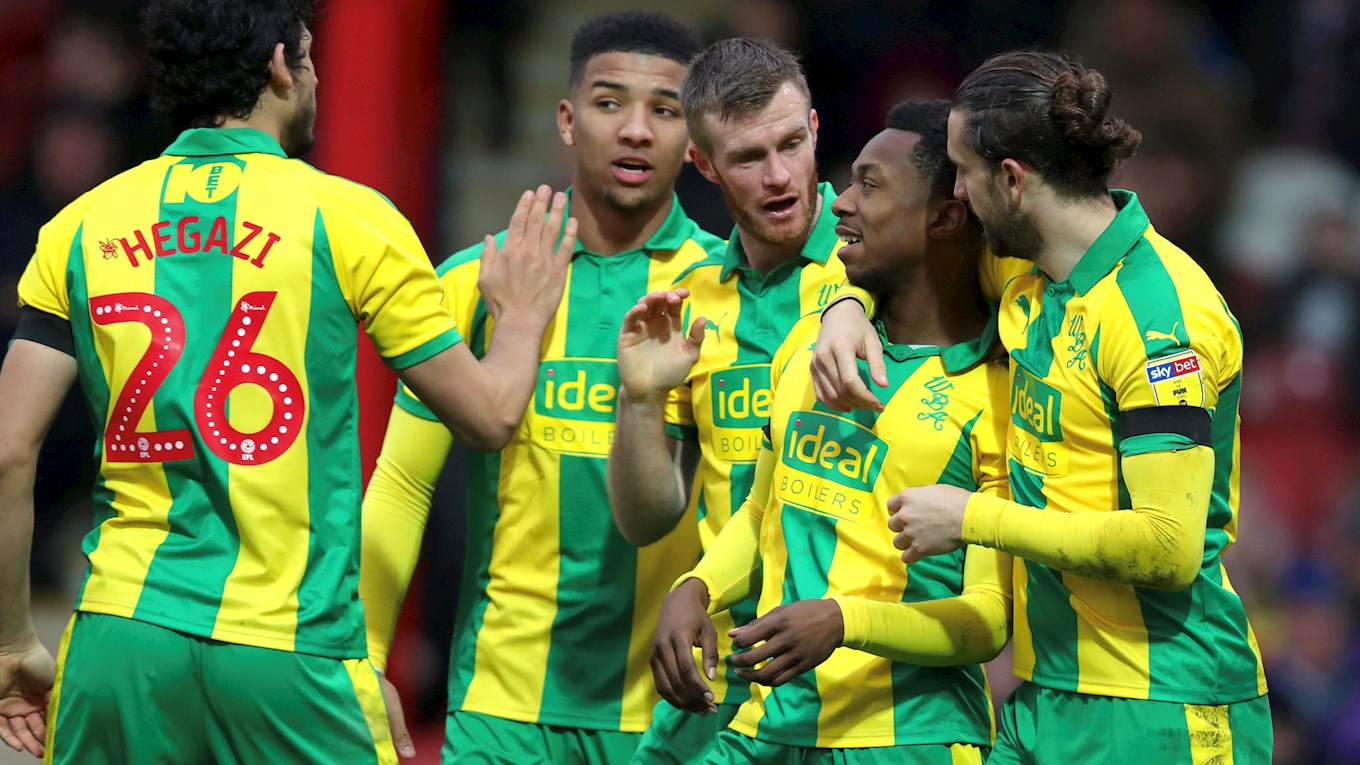 A sublime solo Kyle Edwards goal was enough to secure a 1-0 victory at Brentford as Albion won for the second time in four days.

An impressive victory in a close-fought match at a windy Griffin Park in front of more than 1,600 noisy travelling supporters was settled by a moment of individual brilliance from Academy product Edwards.

The Baggies enjoyed their fifth visit to Griffin Park since the end of the Second World War by building on the momentum of a 3-0 win at The Hawthorns against Swansea City in the week.

Sam Johnstone was deserving of his second clean sheet of the week, after an impressive first half performance, but after the break Albion were the dominant force.

Ahmed Hegazi curled an effort goalwards and Dwight Gayle was unlucky to see his free-kick tipped wide by former Albion player Luke Daniels, but the Baggies were worth their win in London - the second consecutive triumph whilst playing in the capital since March 2007 - following last month's 3-2 win at Queens Park Rangers.

James Shan made three changes to the side that beat Swansea City 3-0 at The Hawthorns on Wednesday, bringing in James Morrison, Stefan Johansen and Edwards - who made his first ever Albion league start.

The Baggies began attacking the away end and had a succession of early corners but the hosts would retaliate. Said Benrahma fired a low effort goalwards, which Johnstone comfortably pushed to safety, and Albion’s ‘keeper was just as comfortable when dealing with Romaine Sawyers’ strike across the face of goal.

But the the away side pressed high and made it difficult for the Bees, and as a result won possession in several dangerous positions. Dwight Gayle worked Albion’s first notable shooting opportunity, but fired well over the bar for the Baggies.

A tight opening period would see more chances for both sides; Benrahma fizzed another shot at the target for the hosts but Johnstone got down low to catch, whilst Edwards cut in for the Baggies and rocketed a thunderous strike just over the bar and into the away end.

Julian Jeanvier squandered a golden opportunity for the Bees on the half-hour mark as he hit wide from six yards after meeting a low cross and Brentford then came forward again, Yoann Barbet firing from range with Johnstone again parrying to safety.

On 34 minutes, Albion’s travelling support broke out into applause to honour the life of the Club Secretary Simon Carrington, who sadly passed away on Friday at the age of 34. Albion’s players also donned black armbands in memory of Simon.

Johnstone would have to be at his best just before half-time to keep the scores level by tipping a Barbet free-kick from the edge of the box over the bar.

After the restart Albion took the lead within six minutes. Edwards picked up the ball out wide and made a dazzling run into the Brentford box, skipping past a host of opposition players, before finishing into the corner from close range. The youngster's maiden Albion league goal on his full league debut was not only memorable, but it was simply sensational.

In the ascendency, the Baggies looked for a second. Gayle volleyed from the edge of the box with a deflection earning Albion a corner. Then Edwards teased the Bees defence before teeing up Hegazi who forced a diving save out of Luke Daniels in the Brentford goal.

The Baggies had the ball in the Brentford net with just over 20 minutes to play, after Dawson tapped in from close range, but was judged to be offside after a Brunt shot had been pushed into his path.

Gayle won a free-kick on the edge of the box after he was tripped, but Daniels again made a flying save to push it away with his fingertips.

Despite four minutes of stoppage time, Albion saw out the game with relative ease to win at Griffin Park for the first time since 1991.