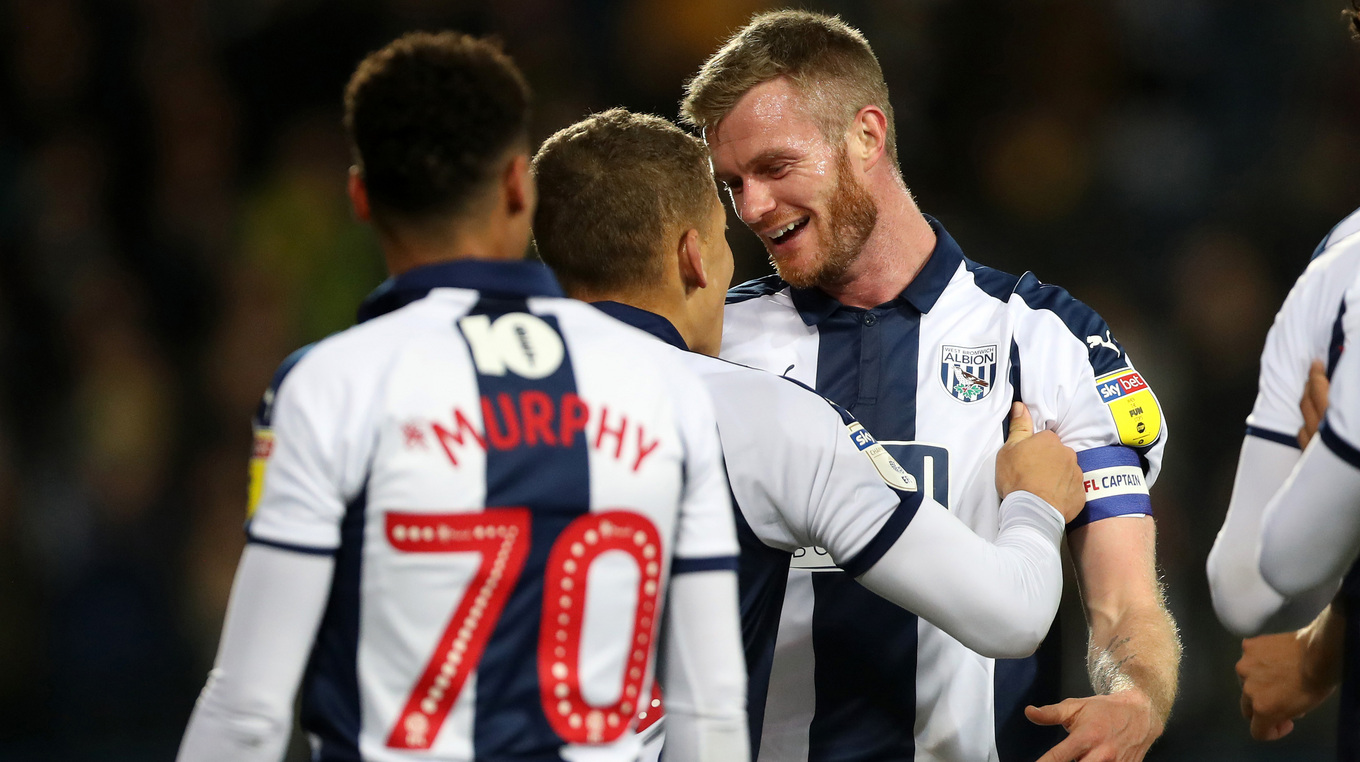 Free-to-view match highlights of Albion's 3-0 win over Swansea City at The Hawthorns.

Albion returned to winning ways in the Sky Bet Championship as they triumphed 3-0 over Swansea City at The Hawthorns.

Captain Chris Brunt put the Baggies on their way when his low 19th-minute free-kick evaded everyone, although Sam Johnstone came to the rescue with three super first-half-saves before Bersant Celina scuffed a mis-hit penalty for the Swans.

Brunt turned provider in the 54th minute as his inch-perfect corner was headed home by Mason Holgate for his first Albion goal, before Jay Rodriguez slotted home his 18th of the season late on, sealing all three points and the club's first win in four matches.

It was also a first home league triumph since Boxing Day, although not before Johnstone made another excellent one-handed stop to deny Connor Roberts, who had struck the woodwork early on.

It proved a winning start for first-team coach James Shan, who took charge of affairs after Albion parted company with Darren Moore on Saturday.

The Baggies will be looking to make it back-to-back wins when they travel to Brentford this weekend.

Albion made four changes from the 1-1 draw against Ipswich Town, captain Brunt and fit-again Holgate returning to the starting XI alongside Ahmed Hegazi and Rekeem Harper.

An open start to the encounter saw Albion on the front foot, with Jacob Murphy and Jay Rodriguez firing off target before Dwight Gayle saw penalty appeals waved away.

The visitors went close after 13 minutes when Roberts curled an effort off the far post from the corner of the penalty area.

Yet it was the Baggies who took the lead six minutes later when Brunt's low inswinging free-kick from the right channel evaded everyone and nestled in the far corner.

However, Albion were indebted to Johnstone just before the half-hour mark as he stood up well to keep out Wayne Routledge's drilled effort when bearing down on goal.

If that save was good then the Baggies No.1 made an even better stop just 60 seconds later to keep out Daniel James.

And Johnstone was at it again in the 38th minute to produce a fingertip save and push Celina's strike over the crossbar.

Yet Celina was guilty of missing a golden opportunity soon afterwards as he appeared to kick his standing foot and send a spot-kick merely a matter of yards, coming after Craig Dawson was penalised for upending Mike van der Hoorn.

Hegazi got across to block superbly from Roberts just after the restart, and it was Albion who soon doubled their advantage when Holgate flicked home Brunt's corner from inside the six-yard box.

Johnstone made yet another remarkable reflex save to deny Roberts from close range, before opposite number Kristoffer Nordfeldt got in on the act at the other end to keep out Dwight Gayle's header.

Nordfledt denied Gayle again late on but he could do nothing to stop Rodriguez slotting home from eight yards as Albion ran out 3-0 winners, recording their first league double over the Swans since 1946/47.