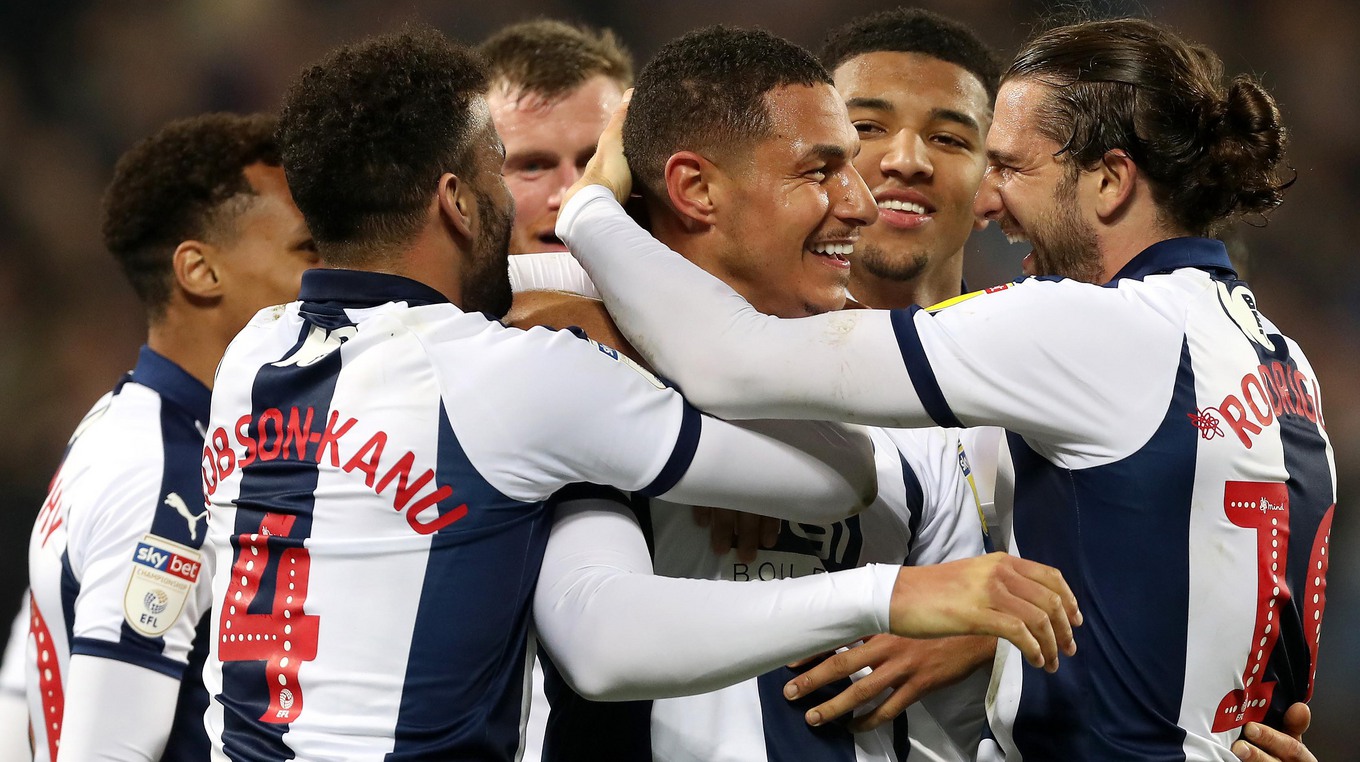 The Baggies secured the spoils and local bragging rights after a pulsating second half at The Hawthorns, ensuring they have now won all three matches under first-team coach Jimmy Shan, including back-to-back home triumphs.

Gary Gardner headed home a seventh-minute opener, the first goal conceded under Shan, to hand the visitors a half-time advantage.

Dwight Gayle nodded his 17th goal of the season to draw level just minutes into the second half, ending a six-match sequence without a goal, only for Lukas Jutkiewicz to again put Blues in front as he headed in from another corner.

Yet Albion turned the game on its head when Jay Rodriguez slotted home his 19th of the camapign from the penalty spot and Jake Livermore drilled home a superb winner from the edge of the area 16 minutes from time.

The Friday night triumph put the Baggies within four points of the automatic promotion paces, and they will be looking to continue their momentum at Millwall next Saturday.

Albion showed one change from the victory at Brentford prior to the international break, Livermore coming in for Stefan Johansen.

Yet it was the visitors who struck early following a succession of corners as Gardner found space to head home Connor Mahoney's delivery from close range.

The hosts were enjoying the better of the possession in the opening quarter but it was Blues who posed the greater threat in the final third.

Ahmed Hegazi's last-ditch sliding block kept out Che Adams' goalbound effort just after the half-hour mark, before Rodriguez headed off target at the back post at the other end.

Jutkiewicz directed a header straight at Sam Johnstone while Gayle headed a good opening over the crossbar from Chris Brunt's injury-time corner.

Hal Robson-Kanu replaced James Morrison at the interval and it was Albion who drew level within two minutes of the restart, Brunt's inswinging free-kick nodded home by Gayle.

Yet the visitors struck again from another corner in the 59th minute, Jutkiewicz rising highest at the back post while Hegazi was off the pitch receiving treatment.

However, amid a dramatic second half, the Baggies showed character to pull level once again, Rodriguez sending Lee Camp the wrong way from the penalty spot after Conor Townsend was tripped by Mahoney.

Shan turned to Jacob Murphy off the bench in the 72nd minute and, shortly afterwards, Livermore drilled home from 18 yards as the visitors could only half-clear Gayle's cross.

It secured all three points in the first meeting between the two sides at The Hawthorns since 2010, and extended Albion's unbeaten run to six matches against their near neighbours.