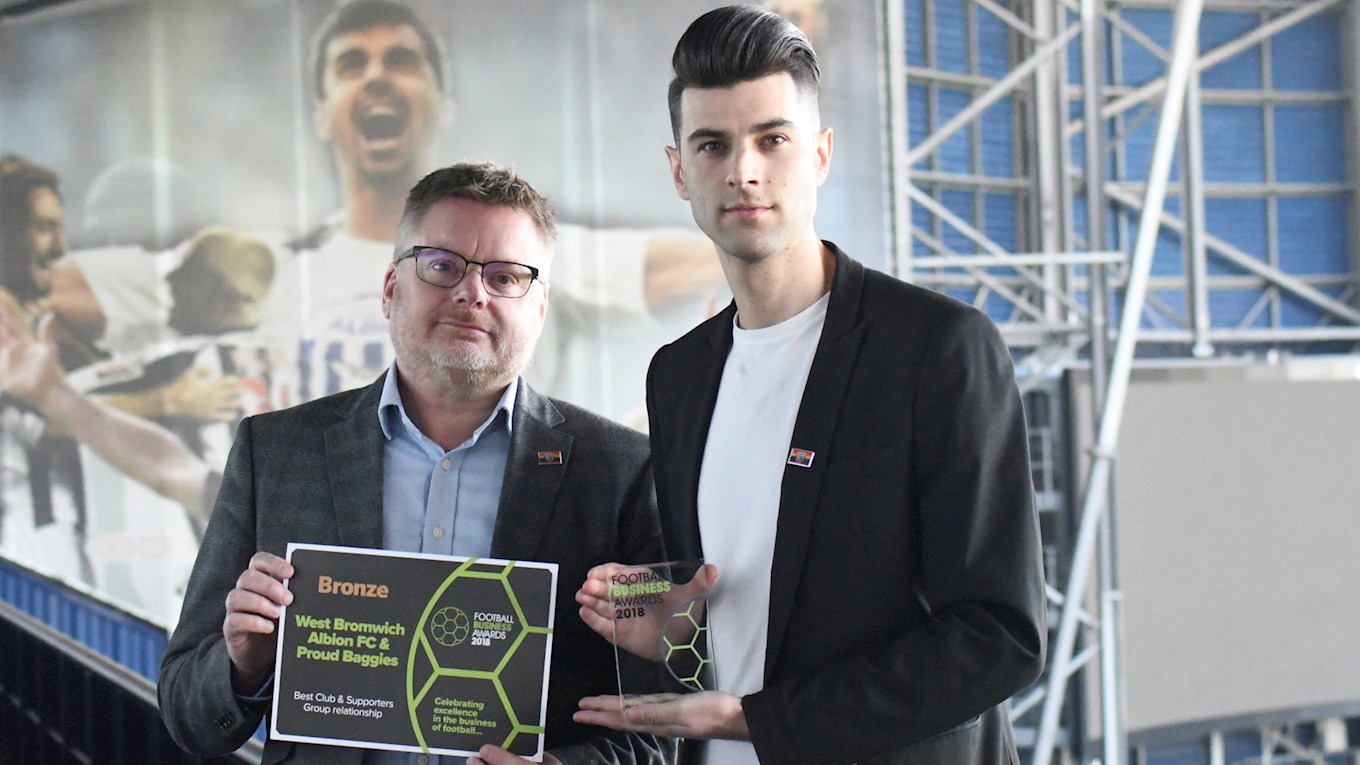 Albion’s award-winning LGBT+ group ‘Proud Baggies’ have plenty to celebrate as the Club prepares to host its annual Diversity Day.

The official supporters' club have made huge strides since their inauguration in September 2017 and recently claimed bronze in the 'Best Club & Supporters' Group Relationship' category at the Football Business Awards.

'Proud Baggies' have also helped implement staff LGBT+ training at The Hawthorns with the assistance of 'Football v Homophobia' and 'Fare Network'.

Founders of 'Proud Baggies' Piero Zizzi and Neil Basterfield presented the Club with the award, which will take a special place in reception at The Hawthorns, before joining a seminar aimed at strengthening staff awareness and knowledge of LGBT+ issues.

More than 50 staff members - including Club directors - attended the training which Piero says will continue to raise awareness of the LGBT+ community in football.

"We're extremely appreciative of the support shown by West Bromwich Albion," he said.

"This is a great example of the Club working together with its fans.

"The purpose of the training was to raise awareness of the LGBT+ community in football, highlighting issues around discriminatory language and behaviour and to explore how to be an LGBT+ ally.

"This work ensures West Bromwich Albion continues to be at the forefront of inclusion and diversity and is a welcoming and safe environment for all."

You can find out more about Proud Baggies by following them on Twitter, contacting them by email at info@proudbaggies.com or by visiting their website.

The Sky Bet Championship clash with local rivals Birmingham City on Friday will be the centrepiece of proceedings at The Hawthorns as Albion celebrate their ongoing diversity work.