Slaven's first day at The Hawthorns 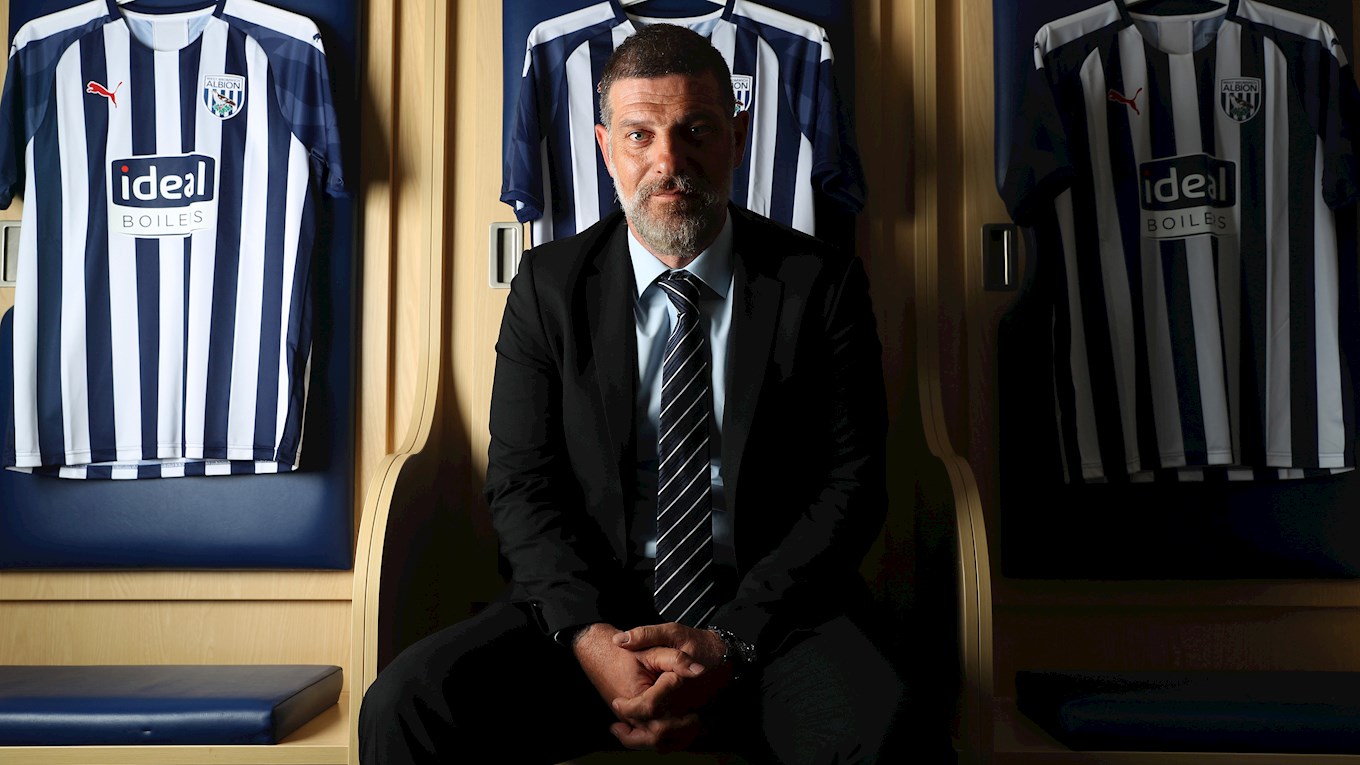 The Slaven Bilić era is underway at The Hawthorns after a packed first day for the Baggies Head Coach.

Here’s our guide to the Croatian’s opening hours at the helm as Albion formally began preparing for the challenge of another Sky Bet Championship season.
8.45: After flying into Heathrow the night before, Slav arrives at the training ground by taxi accompanied by the two assistants he has recruited to his coaching staff - fellow Croatians Dean Računica and Danilo Butorović. He is greeted by Technical Director Luke Dowling.

9.00: A tour of the training ground begins and the chance to meet staff from all the support departments based there. Slav shakes the hand of one and all before heading down to the “control room” for a short meeting with Chief Executive Mark Jenkins and Executive Director Xu Ke.
9.30: Breakfast with Dean, Danilo and goalkeeper coach Gary Walsh whose two senior charges, Sam Johnstone and Jonathan Bond are the first players to ‘check in’ and meet their new boss for the first time.

10.15: Slaven and Luke meet with Head of Recruitment Ian Pearce and his staff to discuss targets and plans for the pre-season period ahead.
11.00: By now all the players due to report on the first morning of pre-season training are in the building and file into the lecture room for a brief address from Slav, flanked by his senior coaches.
The first-team group are then split into three groups - two in the morning and one after lunch - for their ‘beep’ tests.

12.30: Break for lunch and the chance to sample the fare of new training ground chef David James.
14.30: Slav’s suit for the main media conference is back from the dry cleaners where it had been sent for pressing in readiness for the cameras. He also hunts down his first Albion club tie as Luke drives him to the stadium to begin a long afternoon of media scrutiny.
15.00: It starts with an interview for WBA TV where we catch him unawares with a surprise interrogator for the 50-year-old. That interview takes place in the first-team dressing room and is finished off by Club photographer Adam Fradgley whose images begin to flood the internet.

15.45: Slav emerges from the tunnel to see The Hawthorns for the first time, bathed in warm sunshine and with the turf beginning to grow and thicken in time for the new season. “Beautiful,” he says, “it is a beautiful stadium. Perfect.”
15.55: Slav makes his way around to the East Stand pausing to wave to John Homer, our official supporters club chairman, and his dementia group, Albion Memories, who are finishing one of their weekly meetings in the media suite.
16.00: The tour continues as Slav makes time to meet as many staff as possible in the Club’s administration areas. He stops by at the Ticket Office to be introduced to manager Jo Barr and her staff as well as meeting Dave Holloway, our away travel organiser.
16.10: On to the stadium megastore and a ‘hello’ to retail assistants Caitlin Mole and Rachel Began before shop manager Dom Thomas, alerted by his staff to the Head Coach’s presence, dashes in to join the ‘hellos.’

16.20: Upstairs via a tour of the memorabilia adorning the walls of the East Stand and a quick guide to Albion’s history as the stories behind some of the photographs are explained.
16.30: The main press conference gets underway. Accompanied by Luke, who offers a warm welcome to Slaven for the cameras, Sky TV presenter Rob Dorset begins the questioning. “As much as Slaven made it clear how much he wanted to come, we were equally sure just how much we wanted him to come…” says Luke.

On to Slav whose experience dealing with a wide variety of questions is soon apparent. Why West Brom? What attracted you?
“It means a lot. It’s a massive club because of the history and the fans. They are very demanding but they are very loyal. It’s a traditional club and it’s a family club, but also very, very big. We are going to try to come back to the Premier League this year. Short term or long term, this is where this club belongs. Like as in every second league in the world of football, it’s not only us who are a big club in the league. There are many clubs who could say the same things, but West Bromwich Albion has something special. The club did everything to try and come back to the Premier League last year straight away, but unfortunately they didn’t do it. I’m sure that we are going to do everything again to be in a position to be able to challenge for promotion to the Premier League.”
17.00: It’s on to the radios where BBC WM, TalkSport and Capital, Smooth and Heart are represented. He tells a wonderful story of a flight to England in March during which he had circled on the back of a newspaper six or seven clubs he would be eager to manage in the next phase of his career. He found the newspaper when the Albion job was his and showed his wife the red circle around “West Brom”.
17.20: It’s more photography duty as the phalanx of ‘snappers’ take Slav onto the East Stand balcony for the traditional shot every fan expects - he holds up the new home shirt his players will be wearing for one of the traditional images of a new appointment.

17.30: And finally... a ‘sit down’ with representatives of local and national media for a more in-depth discussion about the challenge now awaiting him. “When I heard about the project and the ambition, it made me very tempted for this job and from there I only had positive thoughts. It only took me one day to say ‘yes.' It wasn’t a big negotiation. I wanted to come here. The club really wanted me and they showed that which is the most important thing. I am really proud. It’s a big responsibility but I am really excited to start...”