Why agony will be Jake’s inspiration 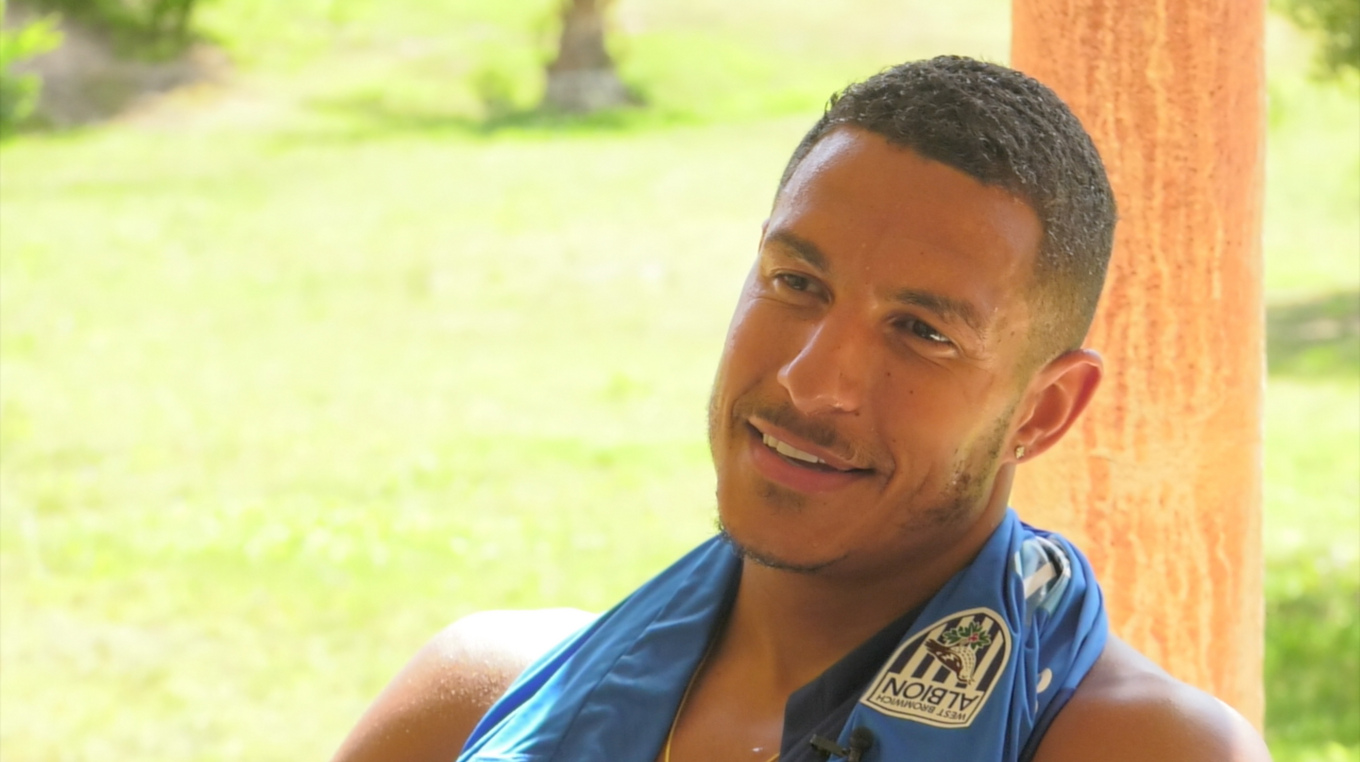 “I’ve never felt an atmosphere like it at The Hawthorns, it was unbelievable… it’s still given us hope that together, whether that be as a community, club, management, staff, we all still want the same thing.”

Jake Livermore is, of course, talking about the last game of 2018/19 in the belief that it will provide inspiration for 2019/20 as Albion get ready for another tilt at the SkyBet Championship.

No-one is relishing pre-season training more than Livermore who was ruled out of the final phase of last season’s campaign by a fractured foot.

It meant he was restricted to watching the Play-Off semi-final games from the sidelines and it was an agonising experience.

But that night of unforgettable scenes, and ultimately heartbreak, at The Hawthorns has left the squad inspired, he believes, to go that one step further under Slaven Bilić.

Straight from another sweltering session under the soaring 30-plus temperatures of Albion’s Spanish training camp, Livermore sat down to talk to WBA TV and the conversation soon drifted back to that night of high drama.

Jake told us: “I’ve never felt an atmosphere like it at The Hawthorns, it was unbelievable. I sat and watched it from above and it was something quite special. It was a shame I couldn’t help on a night like that.

“It made us all proud to be part of the club, which we always are, but it was an extra special night.  The way the fans applauded the boys off after was quite touching.

“We all went in the dressing room after and we were lower than a snake’s belly that night, and for most of the summer, but it’s still given us hope that together, whether that be as a community, club, management, staff, we all still want the same thing.

“For whatever reason it didn’t happen last year, and there’s a few factors, but we go again.

“We’ve made a huge appointment, if I’m honest, with the manager. He can draw players in and on top of that he can draw the best out of the players we’ve already got here.”

Jake also went on to discuss what he considers one of the key developments of the summer so far, the re-signing of Rekeem Harper on a three-year deal.

He’s a major fan of the 19-year-old and could not have been more delighted to see him settle his future with the Baggies even though it will add competition for first team starts in his area of the pitch.

“Rekeem signing a new deal, apart from him being like family to me, is amazing. We’ve tied down a fantastic player who can kick on and push on.

“I think there’s a knock-on effect as well because the other young lads look up to him. They can see that it’s within touching distance to see themselves, and think that could be me.

“He had an opportunity last season, through a few injuries, and he snapped it up and grabbed it. Fingers crossed he never looks back.

“Some of the younger boys, their attitude has been fantastic. Sometimes, in this age of football, that’s not always the case.”