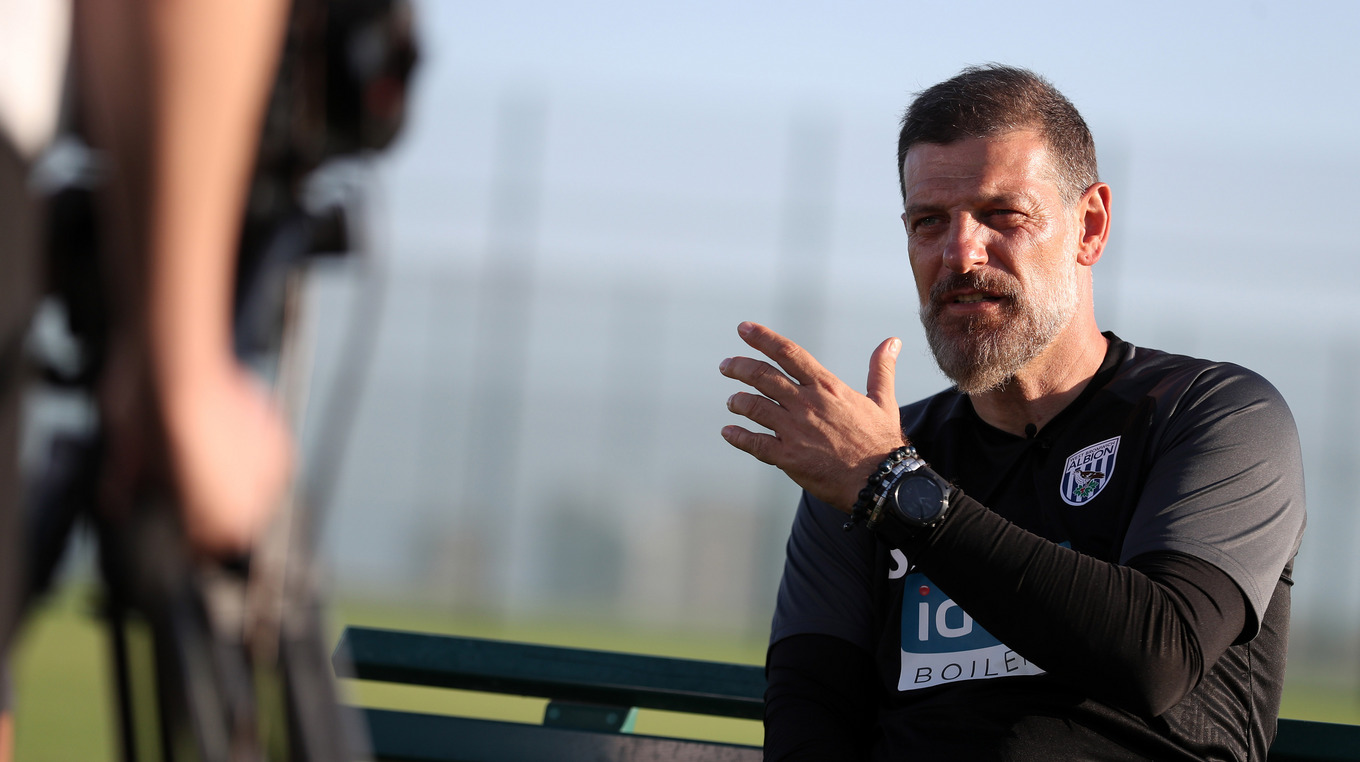 Slaven Bilic has been assessing Albion’s pre-season progress as the players continue their build-up under the blazing sun of Spain’s Costa Blanca.

It will climax a week of hard work in sweltering temperatures but the Head Coach likes what he has seen so far.

He sat down with WBA TV to discuss the training so far, the Club’s recruitment plans, Rekem Harper’s and the impact of the clutch of young players in this summer’s preparations.

Here’s a taste of Slav’s progress report which you can watch in full above.

On training so far...

“I’ve enjoyed it, I expected it, but the guys have been unbelievable, the way they are doing it. There’s been a tempo from the first day and a seriousness about it.

“Also we have good quality and so far so good.

On the plans for new recruits from the transfer market...

“Nowadays recruitment is the most important thing - to be clever, to be active, to know what you want to do, and then to be lucky.

“I’m not panicking, of course, we have our plan... we have our list and we have to make it balance between loaning and buying.

“We have good connections and we have a plan. You have to be a little bit lucky to find the right ones.”

“I had a chat with him and his agent and I really think it was a no-brainer for a player who is looking to have a good path, a good opportunity and platform long-term in his career.

“He knows the club, he knows the area. Last year he played a reasonable amount, a lot maybe for his first season. It was not hard for me to persuade him.

“It was his priority to think about his career, and this is the best place for him to be.”

And on the ‘home-grown’ players hoping to earn regular first team football this season...

“A few guys are really good here, not just offering numbers. I can’t play them all together, you need some experience, but everyone of them - if you put them in a side with older players - they’ll bring energy and a smile. They bring quality.”