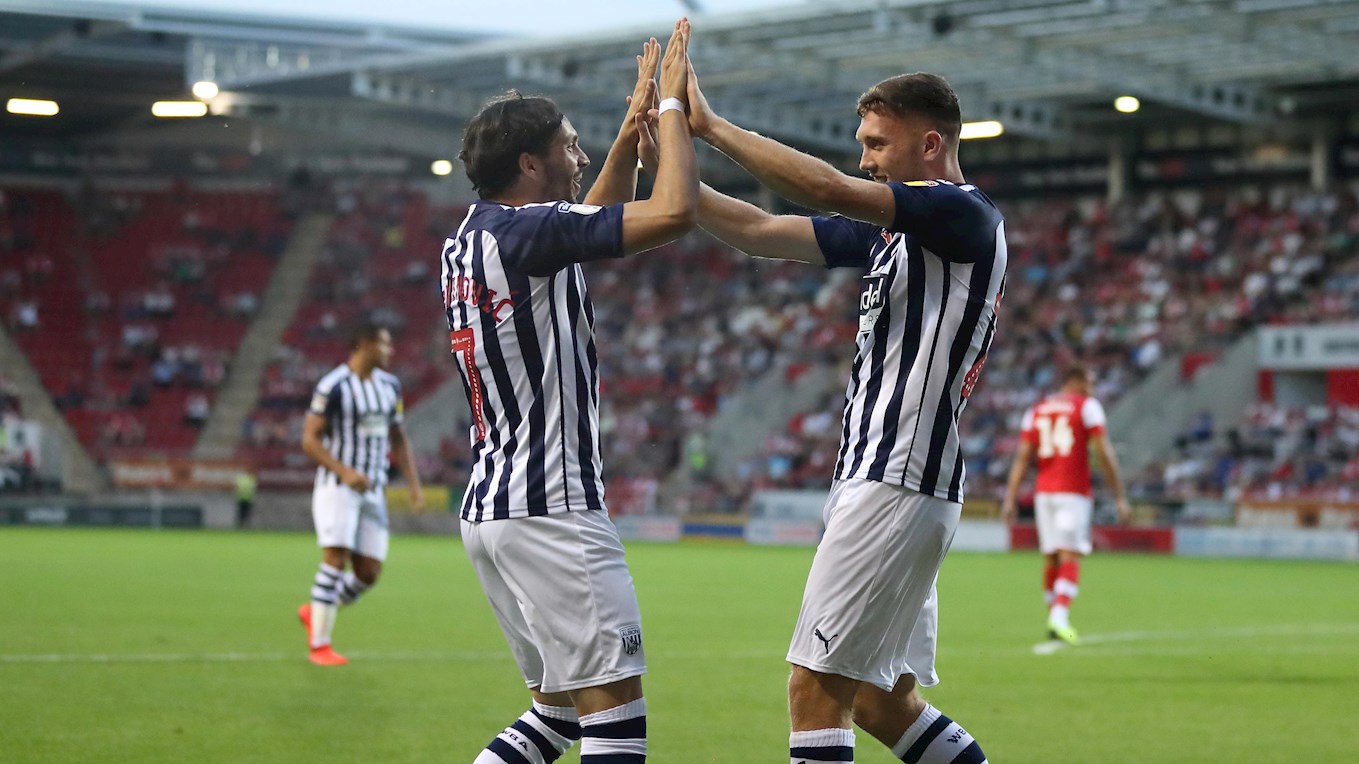 Dara O’Shea headed a second-half equaliser as Albion continued to log up the pre-season game-time with a lively workout at Rotherham.

O’Shea’s near-post finish secured a 1-1 draw after the home side had taken the lead from a third-minute penalty converted by Freddie Ladapo.
With both teams producing a competitive contest enlivened by three cautions and some energetic action at both ends, Albion will be counting the value of another gainful pre-season exercise.
It also featured an eventful return for Semi Ajayi, signed by the Baggies from Rotherham at the weekend, whose early challenge led to the penalty call.
Semi was unflustered and went on to log an impressive hour in his new colours as did our latest signing Darnell Furlong, who played the first half at right-back.
It’s also proving a pre-season in which the Club’s young home-grown players are featuring strongly and there were notable performances from Jonathan Leko and Kyle Edwards as well as their contemporaries including O’Shea, Jack Fitzwater and Nathan Ferguson.
All in all Head Coach Slaven Bilic will be satisfied at his team’s progress as they now head towards the concluding match in their pre-season schedule at home to Bournemouth on Friday evening.
They were given a testing time by the hosts on occasions with Jonathan Bond distinguishing himself with a couple of first-half saves to defy Kyle Vassell from range.
Albion had plenty of promising positions without finding the killer touch until - after wholesale changes by Bilic - they unlocked Rotherham from a 63rd-minute corner.
Filip Krovinovic was the provider with a wonderful set-piece which O’Shea powered home from close range.
Edwards nearly won the game for the Baggies seven minutes from time after some virtuoso wing play took him inside and his right-footed drive was beaten away by Daniel Iversen.
There were bookings for Jamie Proctor and Albion’s Chris Brunt and Rekeem Harper in the first half as the match picked up tempo but it all ended contentedly for both gaffers.
ALBION: Bond; Furlong (Ferguson 61), Ajayi (Bartley 61), Fitzwater (O'Shea 61), Townsend (Melbourne HT), Harper (Livermore 61), Brunt (Field 61), Tulloch (Burke HT), Robson-Kanu (Phillips 61), Zohore (Krovinović 61), Leko (Edwards 61).
Attendance: 2,484