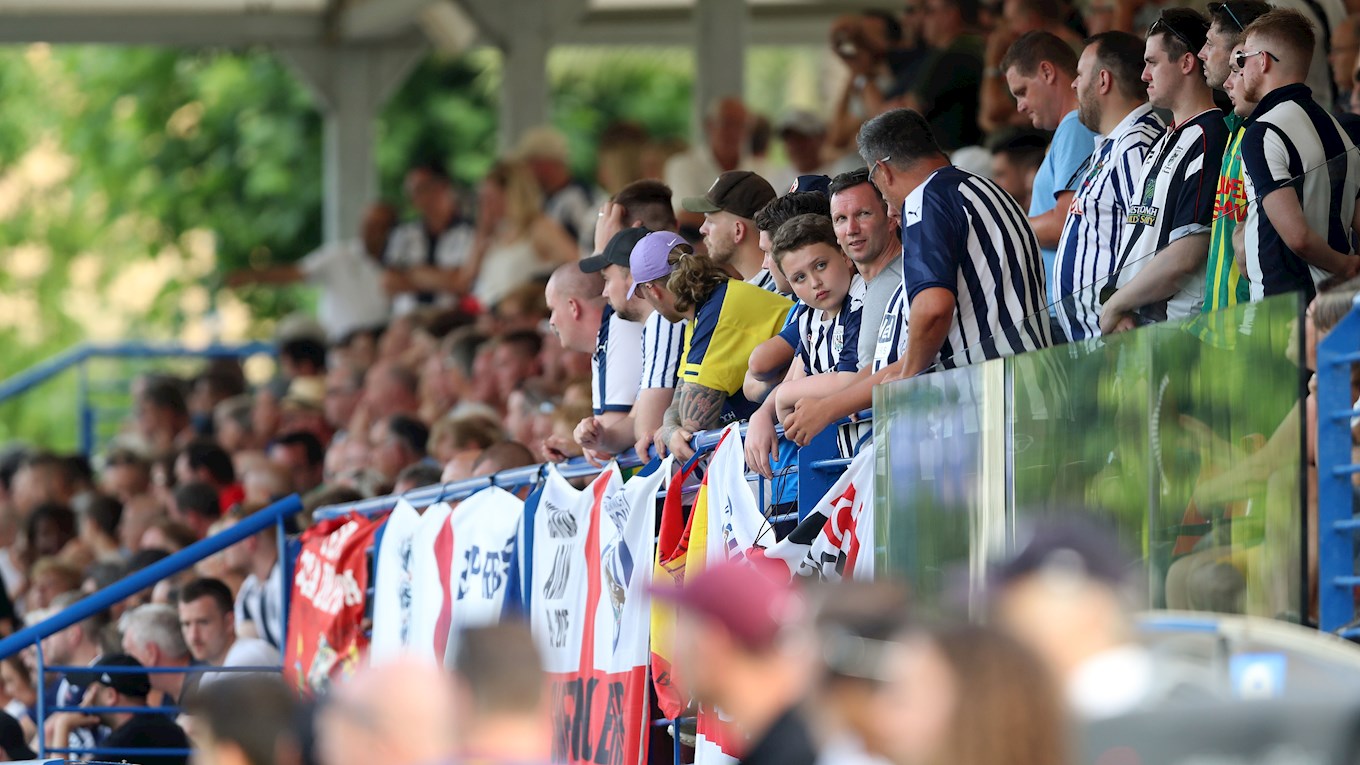 Albion’s players headed home today with a resounding message of appreciation for the “amazing” support in Saturday’s first public friendly on the Costa Blanca.

Unofficial estimates suggest about 1,900 fans watched the friendly against Villarreal in La Nucia and as many as half of that number were decked out in the stripes.

Although the La Liga outfit proved too strong for Albion, the game gave the players just the work-out Head Coach Slaven Bilic and his staff were looking for at the end of a tough week under the boiling Spanish sunshine.

And captain for the day Jake Livermore led the praise from the dressing room before the players headed back home.

“We knew there were plenty of fans coming over but the numbers were amazing," he said.

“It was great to see that show of support and I want to thank every one of them on behalf of the lads.

“I know they didn’t get the result they would have wanted but I think they know this was mainly about getting some game-time under our belts and you could not doubt the quality of the opposition.

“It’s been a tough week but we will feel the benefit of it going forward. The lads will get a couple of days rest now before we crack on.”

A number of the travelling fans left with a souvenir to treasure as the players handed out their warm-up T-shirts, bearing an iconic picture of Laurie Cunningham, worn to commemorate the approaching 30th anniversary of the legendary winger’s death in a car accident.

“It was a nice gesture to give a ‘nod’ to such a great player who I know our fans idolise,” said Jake.

“When you come to the Club you discover the stories of players like Laurie and it’s a reminder of Albion’s history.”