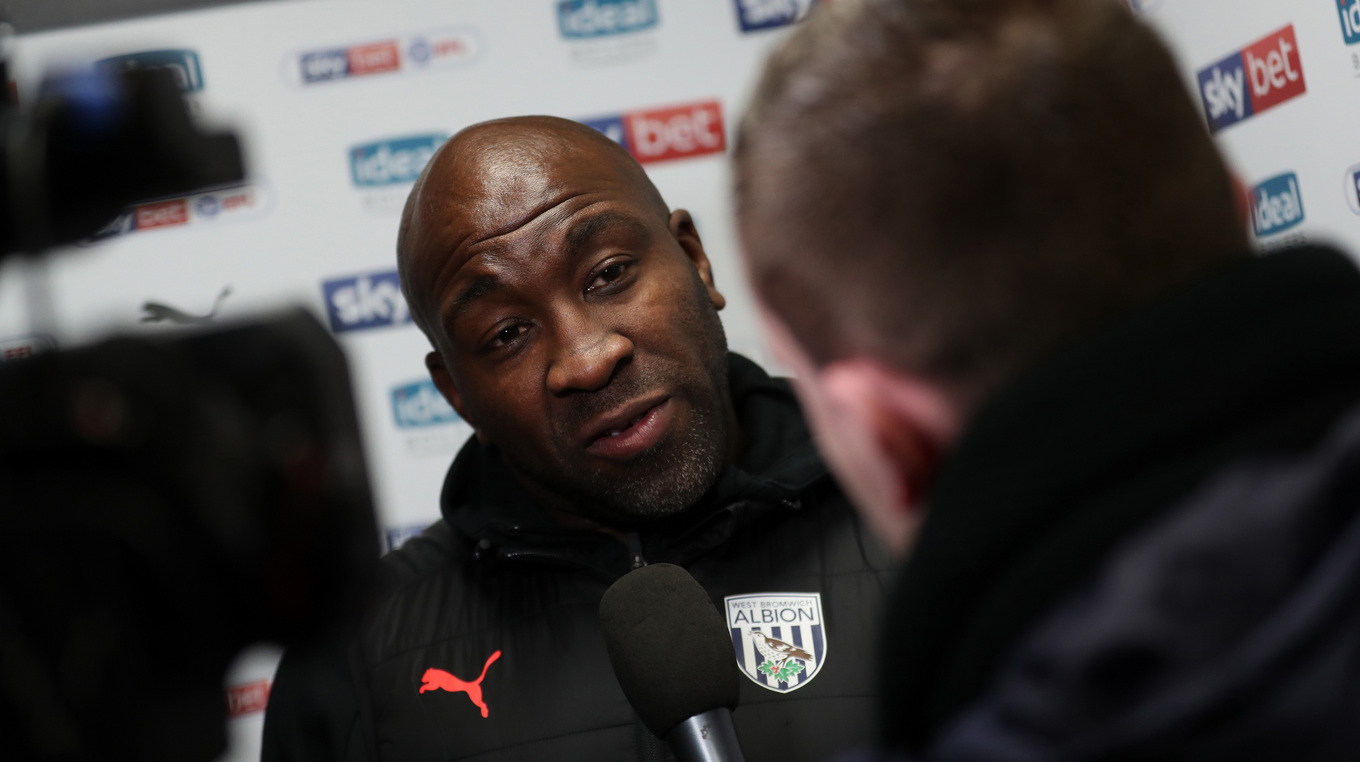 DARREN Moore spoke of his pride at Albion's performance despite suffering a late setback in a 1-1 draw against Norwich City.

The Baggies put in an impressive high-tempo display to dominate large periods and led heading into the closing stages courtesy of Dwight Gayle's 14th goal of the season.

Yet Jordan Rhodes levelled for the Canaries in the 83rd minute to ensure it finished all square between the two Sky Bet Championship promotion hopefuls.

However, a share of the spoils was the least they deserved from an enthralling encounter in front of 26,544 at The Hawthorns.

Head Coach Moore said: “We wanted to win the game, I think everyone who has turned up has seen a really, really good, solid West Bromwich Albion performance.

"Right in the ascendency, I’m really proud of every single one of my players.

"A real performance on the front foot and I don’t really want anyone to feel disappointed with it.

“It’s a point, but I keep saying, if we perform like that and we get performances of that high level and quality we’ve seen here, we’ll win more games and this was a really good performance."

Moore added: "I’m really pleased we did it at home in front of our home supporters, a full house and I think Norwich will definitely feel it’s a point gained, coming here.

"But my players, credit to them all and to the supporters with a full house, I thought it was a good game."