Get your hands on Albion's classic 92/93 shirt 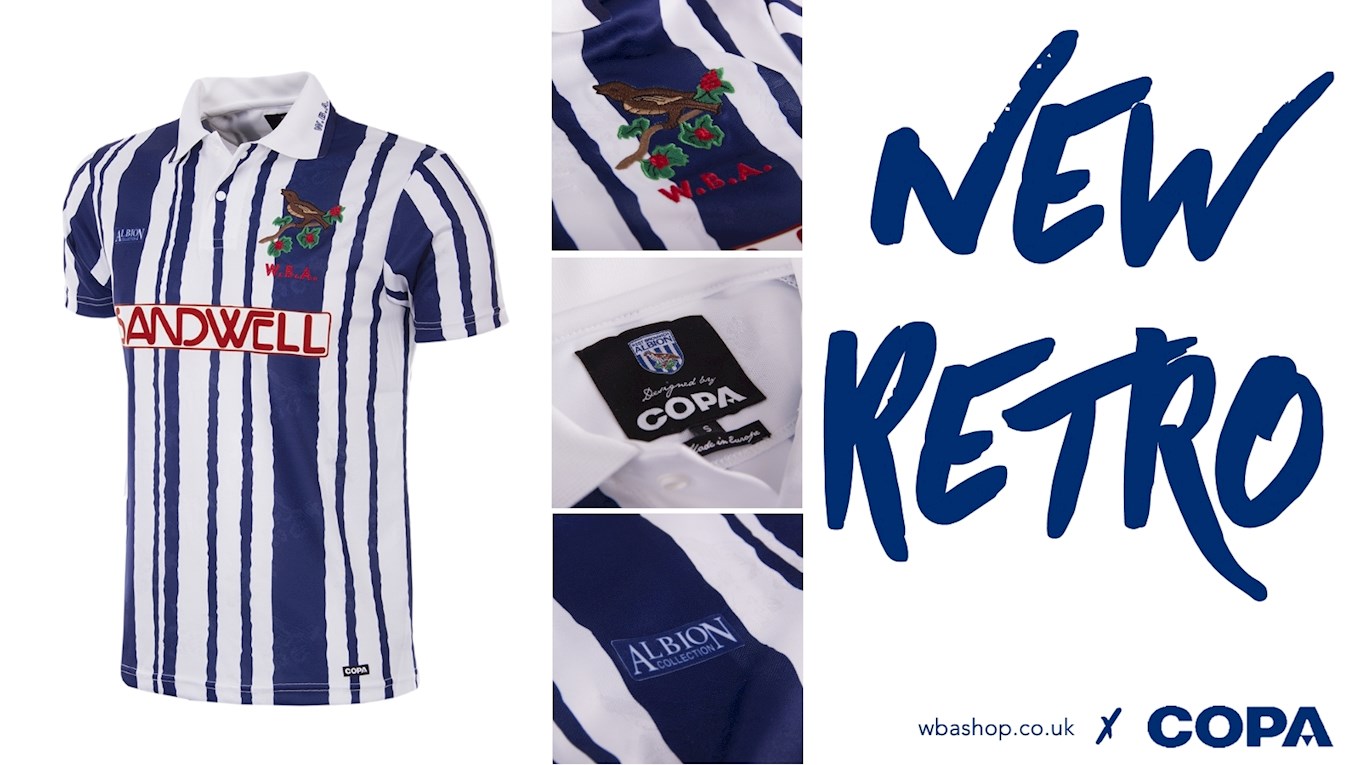 It was a season which began in despondency and ended up with a magical day out at Wembley.

Albion had dropped into the third tier for the first time in the Club's long and distinguished history but, despite finishing fourth and missing out on automatic promotion in the 1992/93 campaign, their stay at this level would still be a short one.

Argentinian coach Ossie Ardiles marked his single season at The Hawthorns by leading the Baggies into a victorious play-off campaign which finished at Wembley and a 3-0 triumph over Port Vale.

Andy Hunt, Nicky Reid and Kevin Donovan were the goalscorers whose names will forever be associated with this retro kit, which comes packed in an exclusive presentation box. It's an almost identical representation of that worn in the 92/93 season, with WBA printed on the collar and an embroidered Club crest from the era.

The shirt is available in adult sizes small to XXXL for £40 and can be purchased in store or online now.