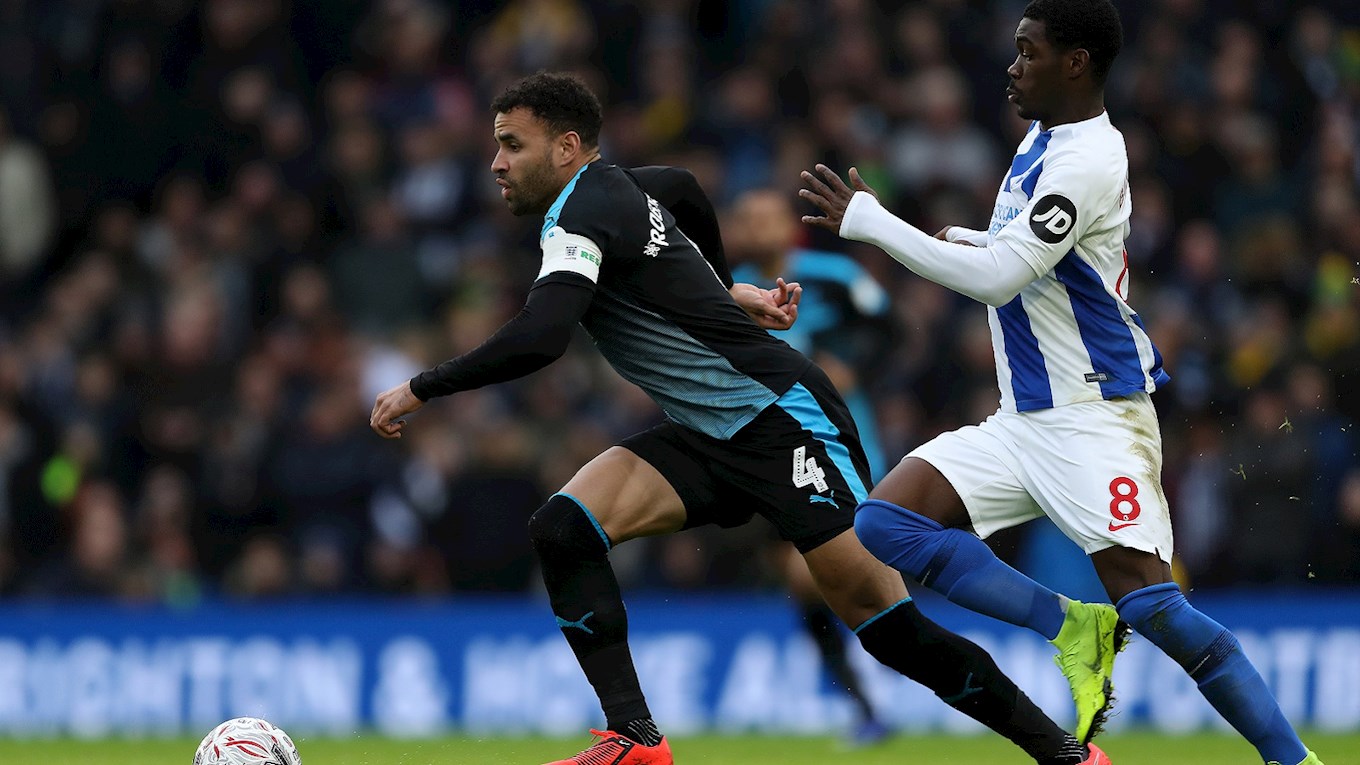 A much-changed Baggies side, who finished the match with five Academy graduates on the pitch and seven in the matchday 18, matched the Premier League Seagulls as they showed maturity, passion, desire and spirit aplenty in front of more than 3,000 travelling supporters.

Tosin Adarabioyo came closest for the Baggies when his header came back off the upright, with Dale Stephens clipping the woodwork for the hosts.

Both sides will now face off again at The Hawthorns early next month for a place in the fifth round of the world's oldest domestic cup competition.

The draw means Albion have now tasted defeat just once in their previous 14 matches, with a home Sky Bet Championship encounter against Middlesbrough next up.

Darren Moore made nine changes from the Baggies XI who started Monday night's league victory at Bolton Wanderers, Rekeem Harper involved along with Hal Robson-Kanu, who was named captain for the cup clash. It was the hosts who enjoyed the better of the opening quarter, although neither goalkeeper was forced into a save of note until Jonathan Bond, who starred throughout, denied the lively Yves Bissouma and then Florin Andone in quick succession midway through the first period.

The Baggies grew into the first half and, gaining in confidence, saw plenty of the ball as it wore on.

The tempo increased after the restart and Harper drilled an effort from distance just off target for the visitors before Stephens struck the outside of a post for the home side in the 58th minute.

Harper was unable to find Robson-Kanu in space in the penalty area as the clash flowed from end to end. It was the Baggies who struck the woodwork in the 72nd minute, Adarabioyo heading against the angle from Wes Hoolahan's inswinging free-kick.

Bond got down well to deny Seagulls substitute Davy Propper as the tie hung in the balance.

Rayhaan Tulloch, 18, was introduced for his senior debut in the 81st minute.

And it was left for Bond to come to the rescue to keep out sub Glenn Murray late on as the FA Cup tie, the first-ever between two 'Albions' in the proper rounds of the competition, finished in stalemate.